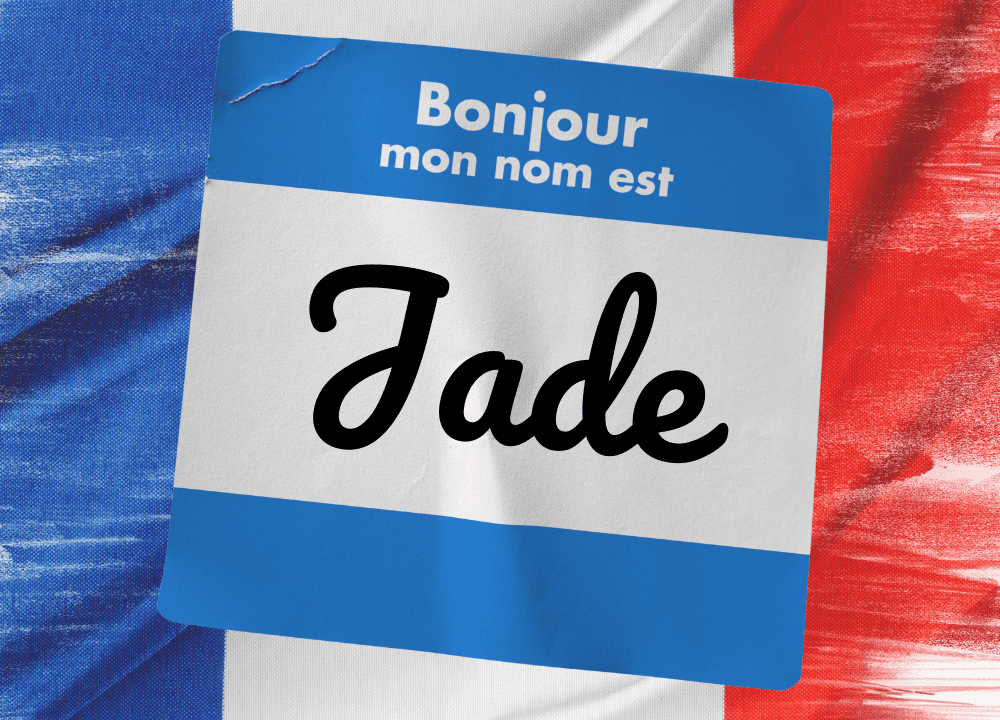 What’s in a name?

On a personal note, I’ve always been kind of meh about my name, Diane. As a kid, people would tease me and say “DIE ANNE!” with a sneer. Diane just always sounded old fashioned to me, like your boring great aunt. Not a kid at school. Definitely not me now. I didn’t even meet another Diane until I was 25!

Diana seemed to have more flair. I do like my nickname though, Di. It’s what my family calls me.

Flash forward to today, my name had a bit of a rebirth when I moved to France. The American pronunciation of Diane changed to the French pronunciation, which is more like Dee-Anne. To me, the French way just sounds so much cooler because it’s something different. The name Diane is less popular in France as well, so my name’s coolness factor went up a few notches ever since moving abroad.

So to stick with French first names and their meanings, let’s get into some of the most popular French girl names you’ll definitely want to know about. Everything sounds better in French even baby girl names from France! Très chic!

To compile my lists of French baby girl names, I looked at official data of what the popular French girl names were last year and in previous years according to birth record data, so these aren’t random name lists.

To give you some background, the data gathered from birth records includes metropolitan France and the DOMs, excluding Mayotte, that have been registered by the State but excludes French babies who were born abroad.

Let’s get into that list of French girl names that are too chic to ignore. Maybe you’ll want to steal one for yourself! 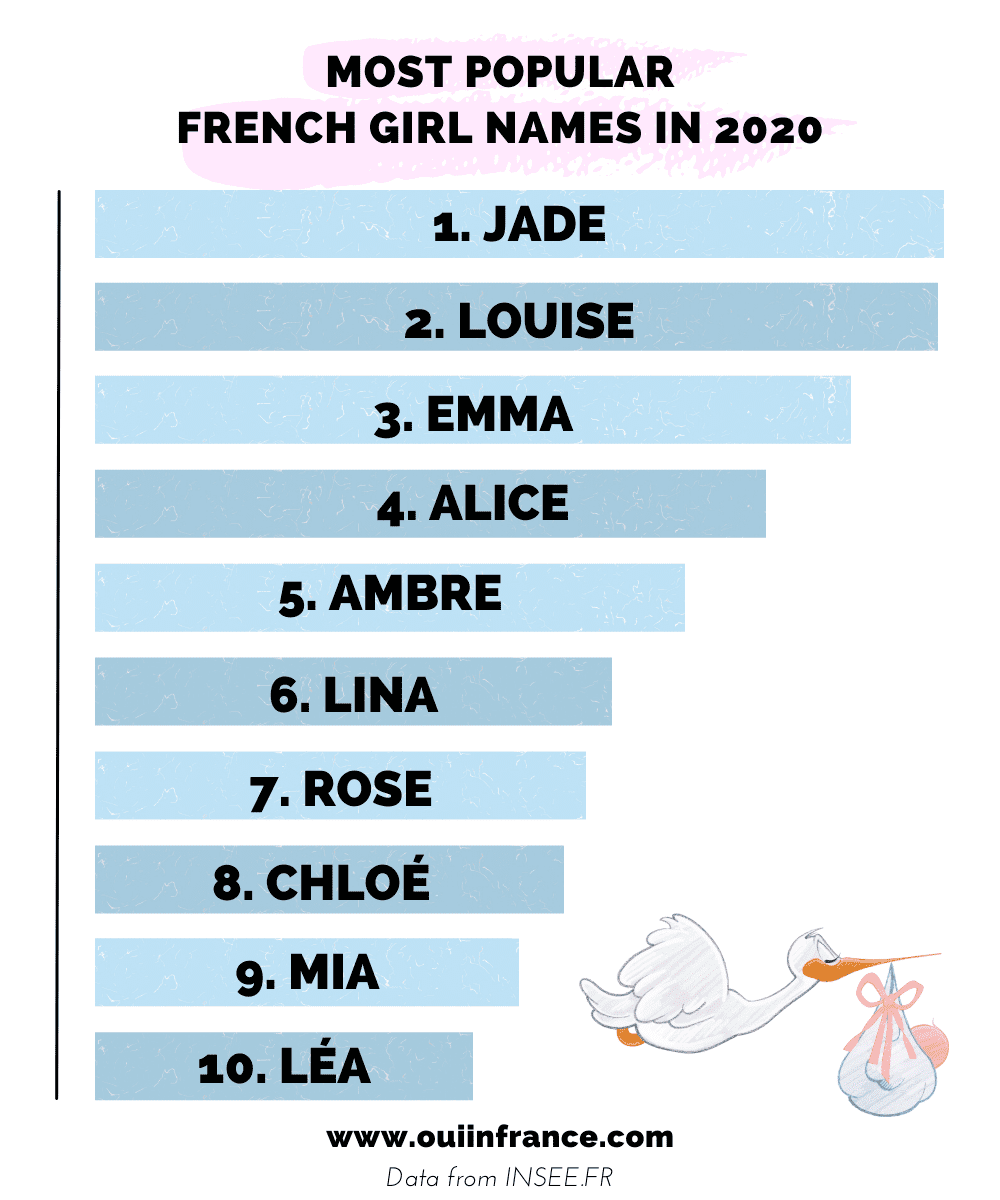 Do any of the popular baby girl names from France in 2020 seem old fashioned to you? That’s one thing I noticed in France, that some French female names that are perfectly modern in the US are reserved for mostly senior citizen women in France. For example, Nicole and Georgette are names of women in France who are well into their 70s.

But let’s have a little fun and look at some other years for some more popular French girl names to give you some French flair to work with.

First, let’s take it way back to 1900 and see what French baby girl names topped the list for the very beginning of the 1900s.

Something you’ll notice of is that some of the more old fashioned names popular in the 1900s-1950s are making a comeback today. Louise, Agathe and variations of Anne (Anna, Annie, etc.) are trendy again. 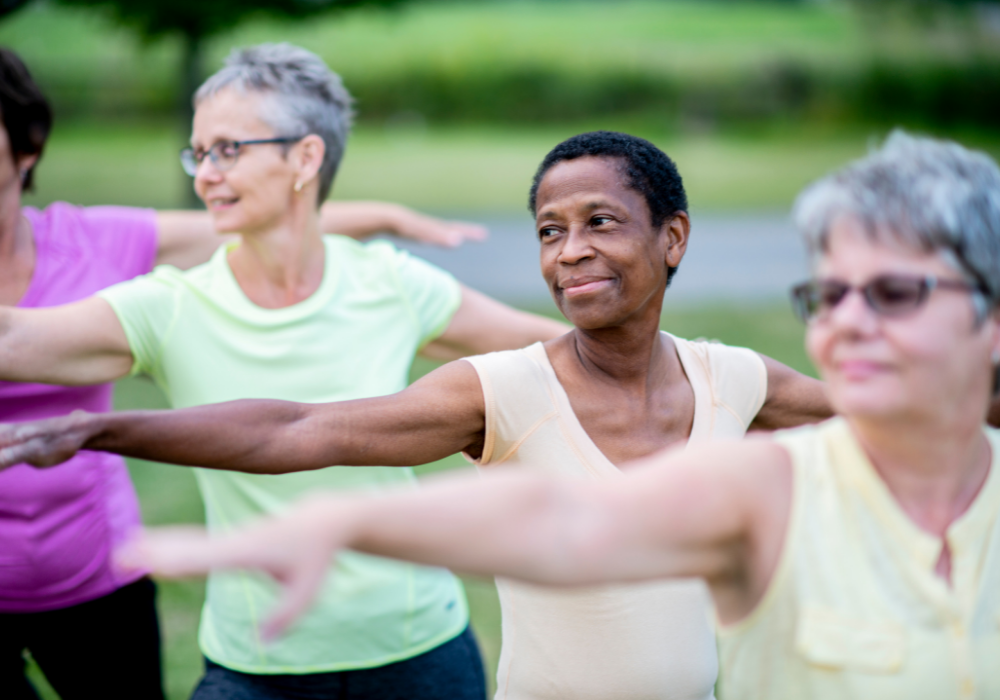 Let’s take it to the mid-20th century and see what popular French girl names topped the list in 1950. 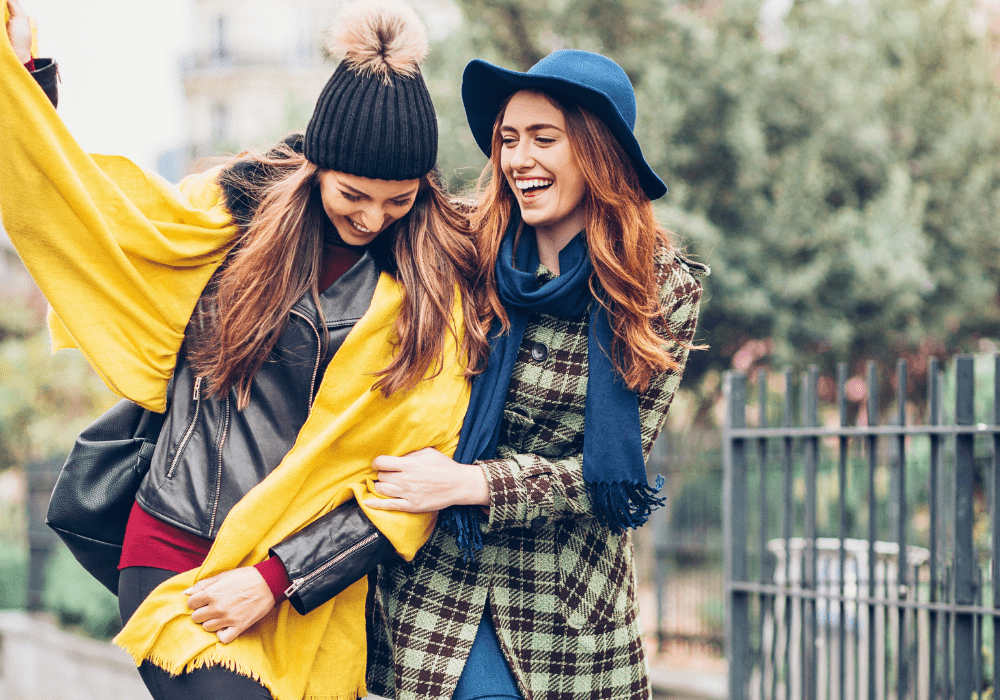 Let’s now jump back about 20 years to 2000 and see what French baby names for girls topped the list not so long ago. Do you know any of these French names for girls?

Something else to keep in mind is that baby girl names in French are going to have a different pronunciation than in English. The speech sounds aren’t the same at all, so even a popular American name like Julie just sounds more sophisticated and cool in French, like my whole Diane story from the intro of this post. 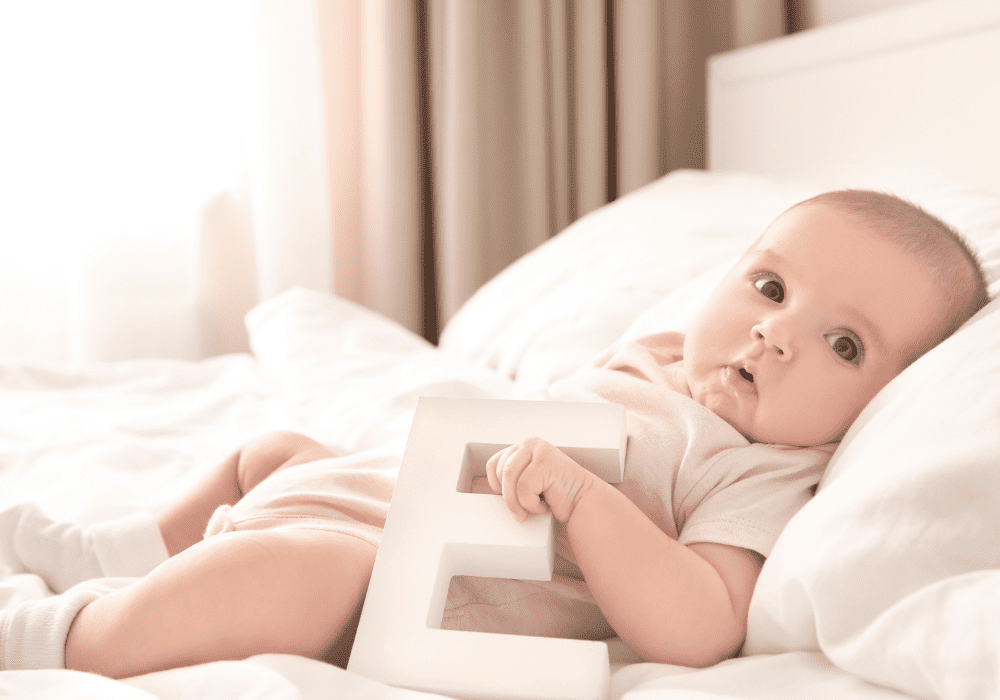 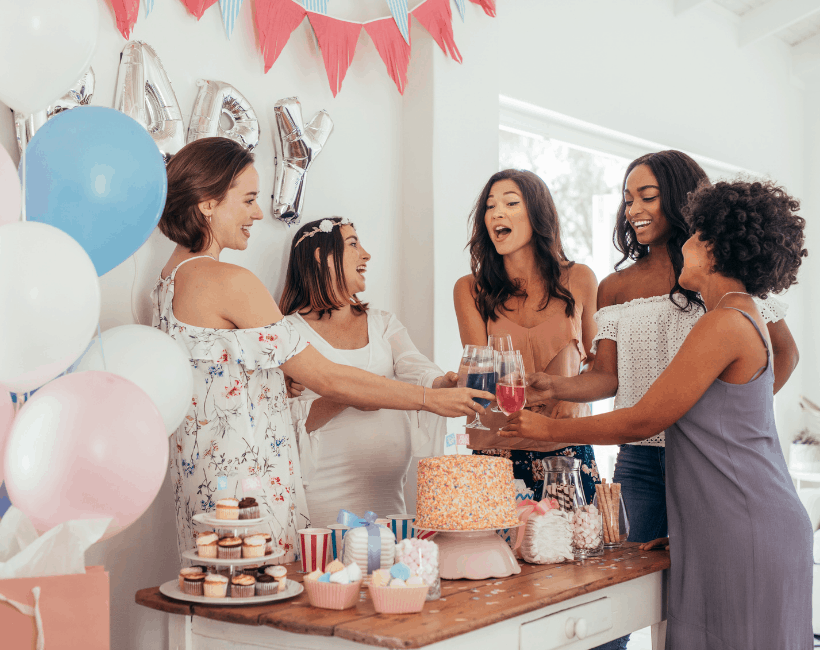 Something you may not be aware of is that baby showers aren’t typically something you’ll see in France.  The (usually female) parties that are thrown for many American women several weeks before the baby’s arrival are not part of French culture.

The French wait until after the baby is born to celebrate the birth and shower him or her with gifts. They feel it’s a little superstitious to celebrate a baby that hasn’t been safely born yet.

Check out this post for more French vs. American social differences >>

Something else you’ll notice is that nicknames are way less common in France. Alain is called Alain not Al, Grégoire is not Greg, and people always refer to my husband Tom in France by his given full name, Thomas. In the US, my whole family calls him Tom. It’s just more familiar.

It’s not that nicknames don’t exist at all in France — you will hear Emmanuel shorted to Manu, for example — but it’s just what your friends call you in super casual settings. At work, people generally go by their full name and French nicknames aren’t as much of a thing.

In the US, it’s common for people to have a nickname and people introduce themselves by their nickname and everyone calls them that, like “Hi, nice to meet you I’m Mike.” That’s not the case in France. You won’t hear of too many Robs or Bens. It’s Robert and Benjamin.

Something else about nicknames in the US is that it’s common for people to ask someone what name they go by. So upon being introduced as “Michael,” someone might say, do you go by Mike or Michael? Just to check. In France, you really don’t hear that because it’s a given that people will use the full name.

What French nicknames or French names for girls in general are your favorite?

Now that you’ve read up on the top French girl names, let’s turn to popular French boy names, in the name of balance and all. ;-))

Don’t confuse the gender of these French names! >>

On a personal note, if I were to change my name to one of the French girl first names, my favorite is Victoire. I love it. Victoire means victory, as you might have guessed, and it just sounds so classy.

Do you have any favorite baby girl names from France? Did any of the popular French girl names surprise you? 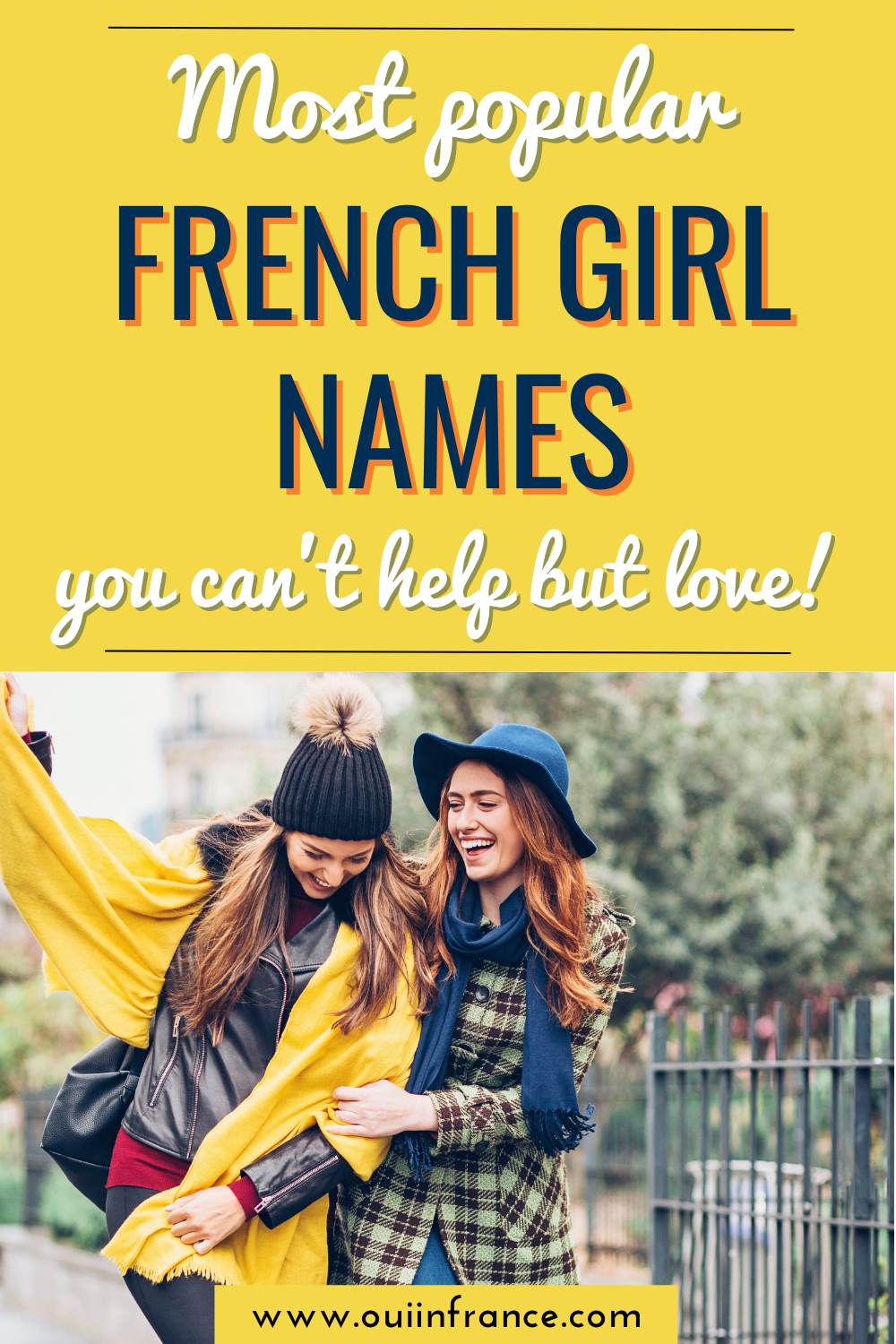 250 Popular boy names in France from 1910 through today

« What I love & hate about making YouTube videos
Which French visa type do I need? (plus a France visa insurance rec) »