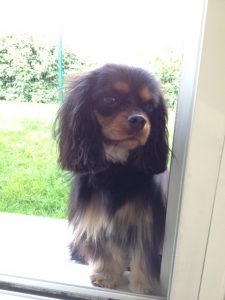 Until actually having a session with an animal communicator, the skeptic in me didn’t really believe animal communication was for real. But after experiencing it firsthand, I have to say that I’m a believer and do think it’s possible for people to truly communicate with animals. Am I crazy?

What is animal communication?

But let’s get real. The concept of someone actually communicating with an animal is mind boggling.

So are ghosts and spirits and psychics and other seemingly otherworldly occurrences. But if you’ve experienced something that seems “out there,” maybe you’re a believer too… 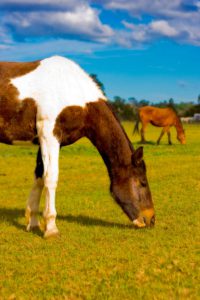 Can our animals really talk? And is anyone able to listen? I think so! I’ve always been fascinated with this sort of thing and just had to see what Dagny was really thinking. So after hearing about animal communication from a friend last year, I decided to give it a go. Animal communicators can be for entertainment only, but they can also help work through behavior issues and physical problems although they are not a substitution for veterinary care.

I worked with two animal communicators and felt one was more of the “real deal” than the other. Sessions can run from $30 up to several hundred, so choose someone you trust who’s in your budget.

In our session, we found out a lot of things about Dagny that can’t be proven, so it’s up to us if we want to believe them. I do want to believe that we had a real connection. Dagny wants to be outside more and is very proud of us. She apparently likes the color pink as well. There were other, more personal things mentioned that I’m not going to share here which really made me want to believe this was based on something more than just good guesses.

The truth is, though, that not everyone is genuine, so don’t let a bad animal communicator spoil your opinion of animal communication as a whole. Before you go running out to book a session, keep in mind that research is key. As with any professional, scammers are out there looking to make a quick buck from the emotionally vulnerable. Don’t provide much information beyond your pet’s name, breed and a photo. Let the animal communicator work — he/she might even surprise you!

Have you worked with an animal communicator? What did you learn about your pet?

Why do dogs roll in dead animals and gross stuff? Let’s ask Dagny Tips on getting a lost dog to safety (and how Dagny saved the day)

« Going to the dentist in France: Things you never want to hear your dentist say
Expat problems: When are you coming home? »