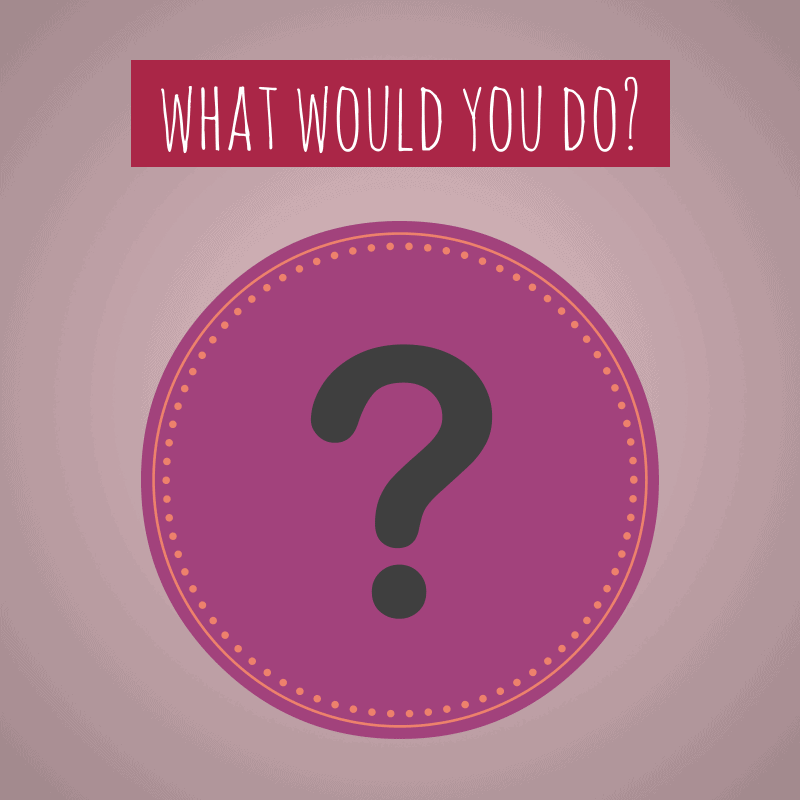 Have you ever met someone who just can’t take a hint? I wasn’t going to write about this because I figured my little situation would work itself out, but it hasn’t and I’d love your advice. It’s about making friends. And how to lose one.

To sum this up, I met a woman who lives in town but I don’t think we have that much in common and I really don’t want much more than a casual, get-a-coffee-every-now-and-then type of relationship. She won’t stop trying to make plans and is bordering on annoying. No, scratch that. It already is really annoying. I’m trying to be nice but I’m at my wit’s end.

Read on for the full story…

I made a friend

First, let me say that in the grand scheme of things, this isn’t a super serious problem but it is stressing me out at the moment. So do you have any advice to share?

Let’s start from the beginning. Moving abroad has proven to me that life can be really lonely without friends and I’ve written about the lonely expat problem that resonated with a bunch of other expats. To help put myself out there and find a few friends in my area (aside from acquaintances I’ve “met” via email), I signed up with a profile on a meet-up site back over the summer that I later found out tends to attract country folk/rednecks. But I gave it a shot anyway because I genuinely wanted to meet people.

A few days after joining the site, I met up with a local French woman for a dog walking date at a local park. At first I was so happy to have a potential friend that I probably appeared a little too excited and as I was getting to know her, I accepted an invitation to a sporting event and a coffee at her house over a period of a couple of weeks.

But the fact is, as time went on, I realized we just don’t have that much in common aside from both having a dog.

We weren’t super compatible, but she seemed nice enough and I figured we’d keep it casual for a coffee here and there. As for the dog connection, Dagny and her dog played a little but he’s much bigger than Dagny and plays a little too roughly for my liking — and growled at her, so the dogs aren’t really a match either.

But then the frequent texts and calls started. Trying to make plans. Trying to have my husband come out with us too. Inviting herself over to my house (which I shut down).

Honestly, I’d be OK with having a coffee at a cafe with her once every few months no problem. But she wants to get together with me ALL THE TIME. What’s strange is that she grew up in this area yet doesn’t seem to have a circle of friends.

Even if she was the coolest person in the world, I wouldn’t want to hear from her near daily to meet up every weekend.

I won’t share all the details in the interest of privacy, but she’s not someone I want to pursue a friendship with.

The kicker was when Dagny and I went to her house for a coffee a few weeks back and she informed me that the day before, her cat had fleas and ear mites.

I repeated what she had said to make sure I understood correctly and I had. Yesterday, she confirmed. She explained that the vet combed the fleas off (great!) but the cat was not given a flea treatment (she didn’t want to pay) nor was her house flea bombed. I mean WTF. Really???? And even worse, fleas jump and just because they were combed off the cat doesn’t mean the dog is free of fleas nor is her house. Ever get bitten by fleas? Not pretty. And ugh, the thought of the eggs. It just wasn’t very considerate and put me on edge. My jaw was on the floor as she explained this because it’s kind of common sense to NOT invite someone over with their furry pet when your cat who lives half indoors JUST had fleas the day before. She didn’t pick up on the fact that I was a bit upset.

So then over Christmas, the texts and calls escalated. At this point, I’m so not interested in even a casual, coffee type of friendship. We have plans to eat out (pushed it out a month to give me some space) and she tries to invite herself to my house with her boyfriend instead. I shut that down real fast and said I’d like to stick to our original plans to eat out. She texts back, “Why?” Just no. Stop. I turned off my phone.

If I don’t respond to a text in 20 minutes, she’ll text me again. And then call and leave a message. It’s stressing me out because one of my problems in life is that I care too much. I care too much about people. Always have. And I really shouldn’t. My family is referring to her as the harasser at this point.

And just to clarify, I get that people come from all walks of life and I know we all don’t have the same life experiences — that’s what makes things interesting — but when you have no desire to better yourself, learn new things or learn about other cultures or get outside your bubble, things get boring real fast.

I also don’t care if you’re fashionable or a good cook or have a pretty house or car. I couldn’t care less about material things like that when it comes to friends.

I care about being considerate and respectful of others’ boundaries. And she’s not. At all.

Some people have told me to just be upfront with her and say that I don’t really want to be her friend, and I’m all for honesty, but I don’t want to hurt her feelings or be mean. I want to treat her how I’d want to be treated and that just isn’t it. Maybe if I try to be honest but in a softer way? Will she get the hint? I tried to just decline invitations to do things hoping she’d figure it out but she hasn’t. This would be easier if she didn’t live in town and grocery shop at the store right next to my house. Another option? Lie. I guess I could tell her a little lie — something along the lines of getting slammed with a big work project that will span six months and I’ll be really busy for a while. I’m really at a loss here.

What would you do?

When a friend’s pet dies

On changing style and how to dress French (or not)