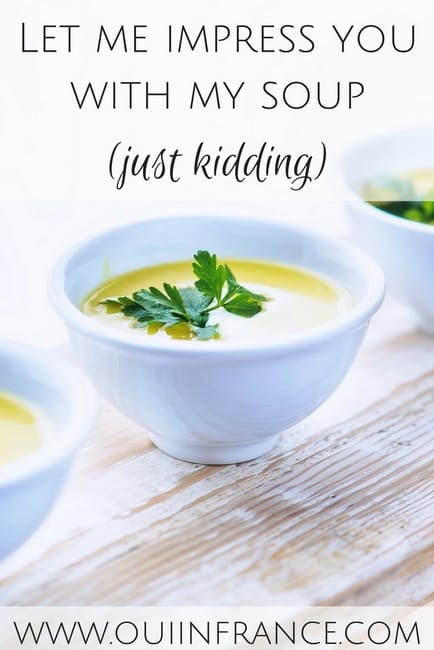 No one wants to embarrass themselves at a multicultural Christmas dinner (or ever)…. but if you’re not careful about soup in France, that’s exactly what you might do. Let me take you back in time to Christmas 2013 when my parents joined Tom and me, along with his parents, for a fun week up in the Brittany region of France. My dad enjoys cooking and wanted to make one of his traditional Christmas specialties from the US to impress my French in-laws. Except if Tom hadn’t stopped him, his star dish in the US would have left my French in-laws scratching their heads and the exact opposite of impressed.

Luckily, I went over the menu with Tom beforehand and we made the necessary changes before we even went shopping for the ingredients. We had a lovely lobster bisque instead.

What was the soup my dad was going to make and why is it a faux pas? Here’s the quick story for you.

Christmas dinners in France and the US can be elaborate affairs. Families in both countries get together for a special meal and lots of prep work goes into such a meal. Since we wanted to have a nice night together and went all out with our holiday rental and family trip, we figured we’d divide everything up among us — the shopping, the prepping, the actual cooking, etc. since there was a bit of work to be done.

My dad was in charge of the soup and wanted to make his impressive potato leek soup in France for my in-laws on Christmas Eve. Potato leek soup has been a Christmas tradition in my family since before my grandfather died (going on 12+ years now) and was something the entire family looked forward to. I think his recipe was from an old holiday issue of Bon Appetit magazine. With years of practice under his belt, my dad was confident in his soup choice. 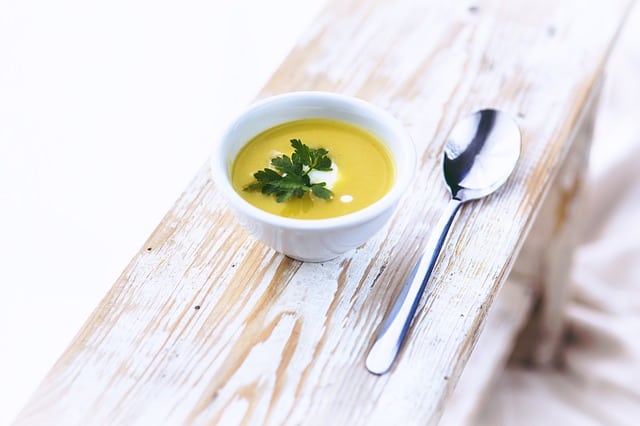 Except any type of potato soup in France is way too commonplace for something as lavish as a Christmas Eve dinner.

It would be like serving chicken noodle soup to a table of Americans. Not something you eat on Christmas Day.

It’s just a French cultural difference. You see, most young French kids know what leeks are and commonly eat them in quiche, soup or another simple dish. But in the US? I am not sure too many American 6-year-olds would be able to tell you what a leek looks like. It’s not as commonplace for us as a carrot or onion.

So when I told Tom about my dad’s wonderful soup, he put a stop to it right away by politely informing my dad that potato leek wouldn’t be appropriate for a Christmas dinner and that we should move on to Plan B — lobster bisque. Which was delicious.

Tom’s parents would have happily eaten the potato leek soup without a word, but you know, when in France and all… 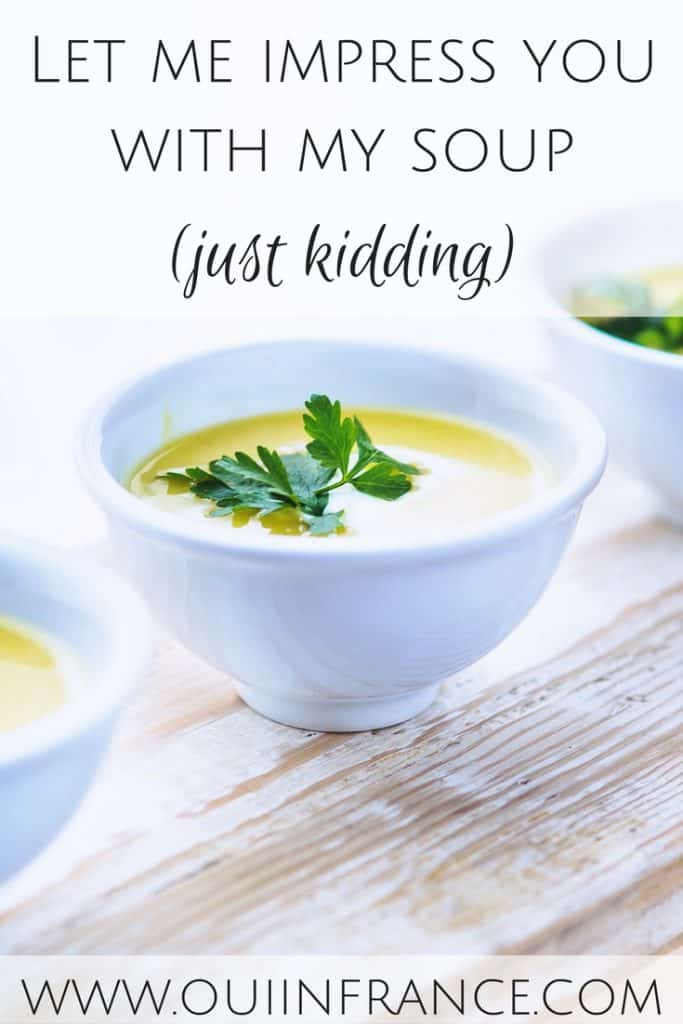 Pics of the month: December

Would you rather spend the holidays with your pets or in-laws? Expats weigh in

My Christmas crafts to spread that holiday cheer

« Gourmet food map of France
A French perspective: Surviving my first couple of months in the USA »