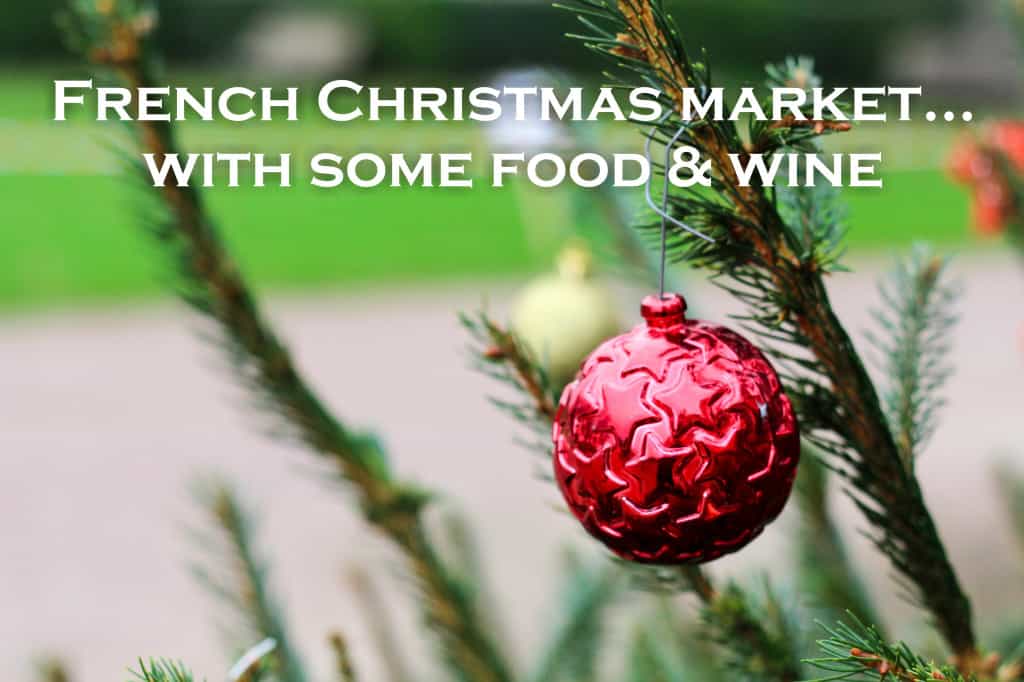 French Christmas markets and anything to help get in the mood for the holiday season rank high on my to-do list this time of year, so we wasted no time this weekend and headed to the Château de Brézé for their annual marché de Noël. But that’s not all our Sunday had in store. Just after leaving, we saw a sign for the nearby food and wine show in Saumur and figured we’d check it out… and that turned out to be a major hit!

Read on for more on French Christmas markets and our trip to Saumur! 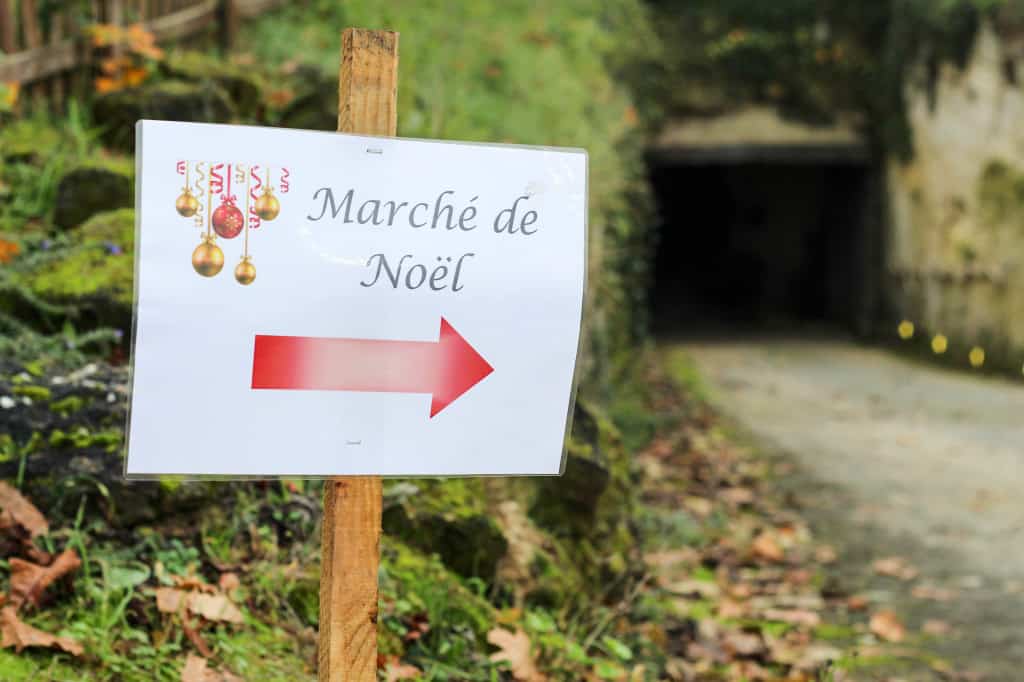 I went to the Château de Brézé‘s Christmas market two years ago and tasted (and bought) some excellent local wines, various caramels and other seasonal treats, a bamboo hair clip and had the best homemade pretzels of my life. So I guess you can say I had high hopes for this year’s market and was looking forward to going back. We arrived, paid 6.50 each to enter and and made our way through pretty quickly. There just wasn’t much going on. 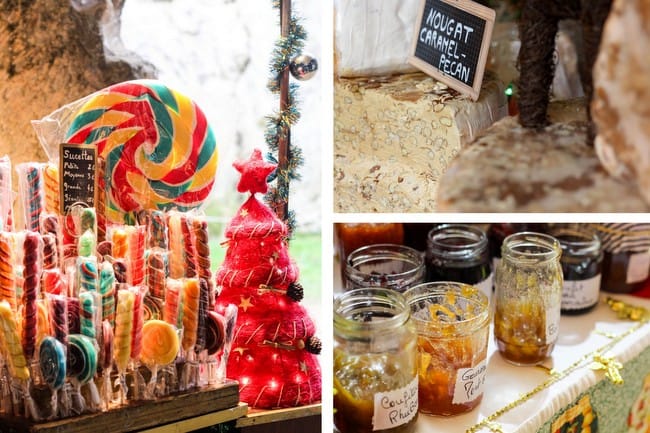 They had a little bit of everything including an interesting vendor selling handmade wooden toys, soaps, jewelry and a little bit of food,  but there just weren’t that many things to look at. It wasn’t crowded at all and the pretzel lady wasn’t there! The worst part was that the wine tasting area was closed this year! Major bummer. We left feeling like it wasn’t worth the trip at all. The Château de Brézé itself, though, is beautiful. A dry-moated castle that’s Renaissance in style but with medieval elements, it dates back to 1060 and is worth a trip if you’re in the area. 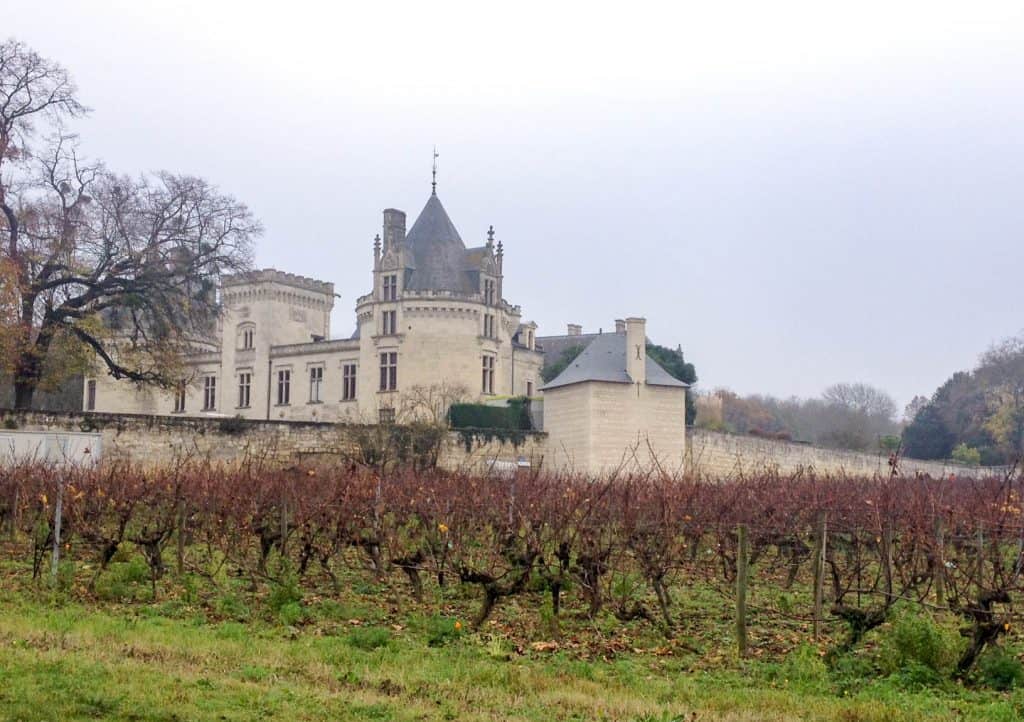 Then while making our way out of the area, we saw signs for a nearby wine and food show in Saumur. On every sign, French Top Chef extraordinaire Norbert Tarayre‘s face was front and center. He’s quite a character on TV so my interest was piqued knowing he might be at the food show (and he was! more to come on that down below). We arrived and parked and saw the entry fee was 4 euros each. But before we even closed the door to our car, a nice guy who was actually there selling Sancerre wine gave us two vendor passes for free entry. This was already turning out to be awesome…

Once we made our way inside, we got right to work sampling the different vendors’ wares. Everything from cheese and wine to chocolate and tapenade. Some of the prices were high (like the cheese, many were upwards of 30 euros/kg) but other prices were reasonable and we took full advantage of the delicacies all around us. Like a bottle of Crémant de Loire from La Maison Louis de Grenelle at 6.15/bottle. 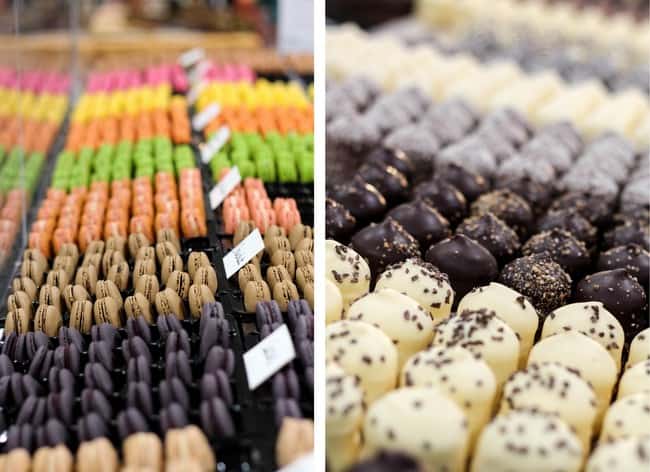 And let’s not forget these guys!

And then I saw him.

Norbert of French TV fame was walking around and getting ready for his cooking demonstration, while happily taking pictures with fans. He’s a pretty big deal, especially in this foodie environment, and I knew I had to make my move right then or he’d disappear to do his oyster demonstration. I sampled a little more wine before I mustered up the courage to approach him. With a deep breath, I finally did and Norbert was exactly how he was on TV — full of personality, fast talking and fast moving. The slightly blurry pic of us is below and as you can see, he was still moving! Super nice though and he’s the first famous person I’ve run into in France. 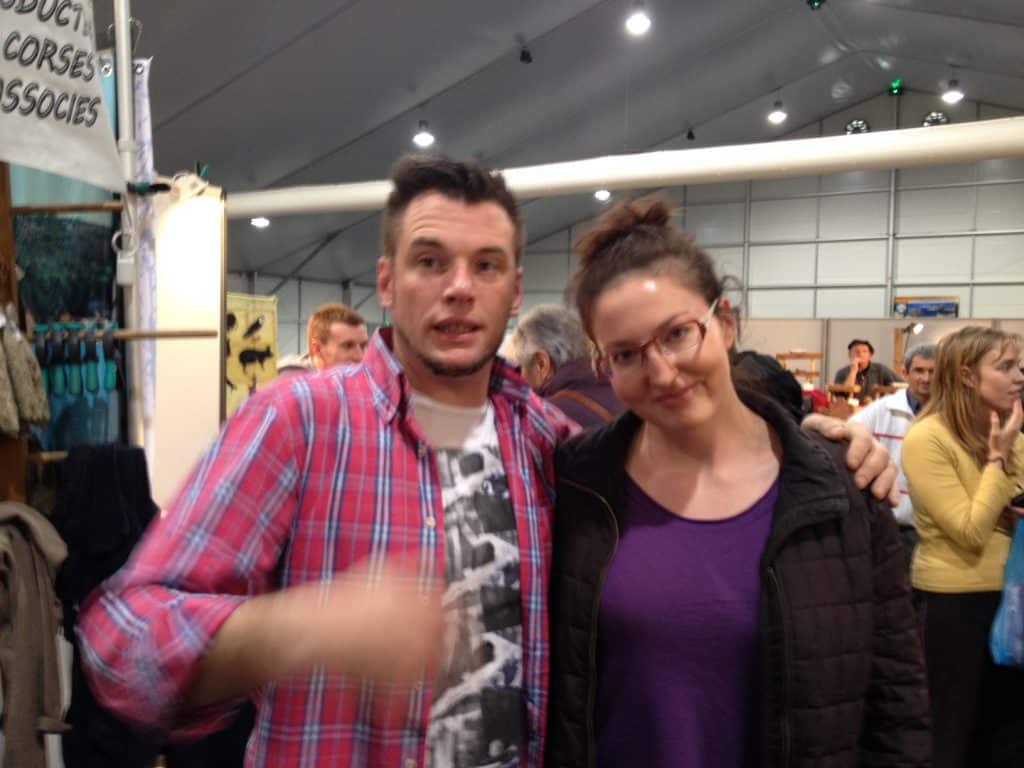 Content with myself, we picked up another hunk of cheese and made our way outside.

After leaving with about five different bags of cheese, chocolate, wine and more, we had to stop at the food truck outside the expo center. It’s called Cook and Truck and the guys are actually from Brittany. We each got a burger and fries and they were delicious. If you’re in the Quimper or Concarneau area, check out Cook & Truck. They’re super nice and the food is superb. Love that food trucks are slowly and surely making their way to France. 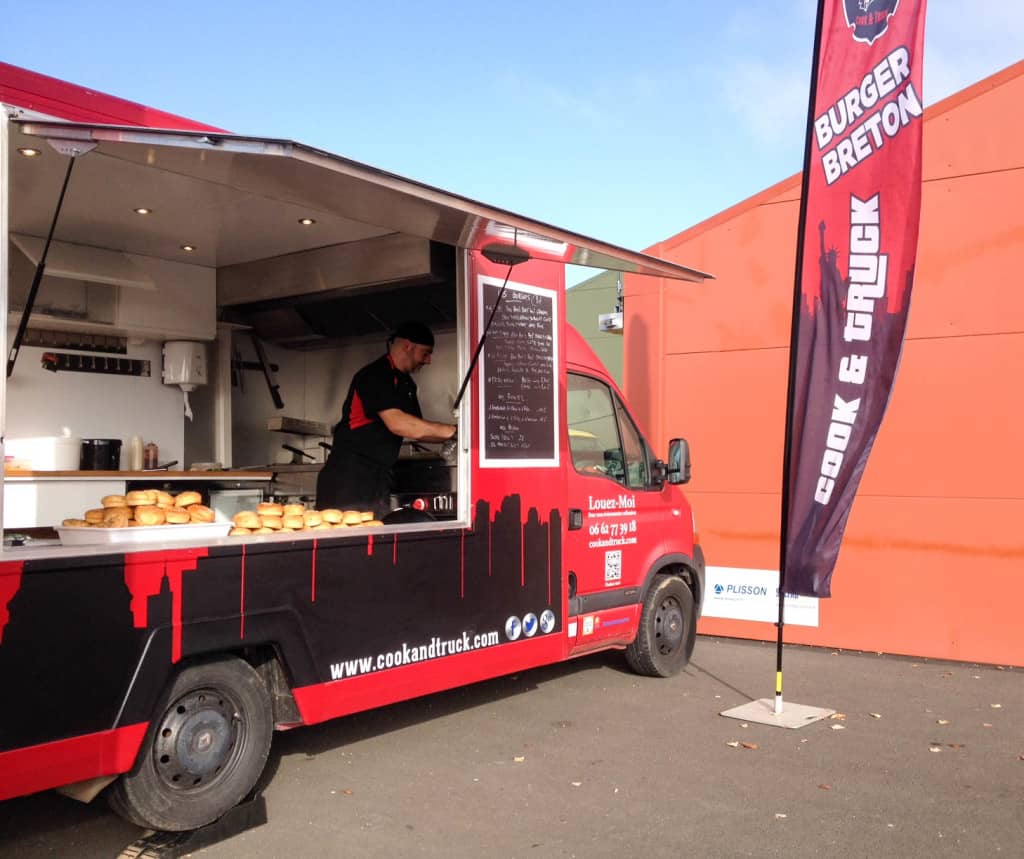 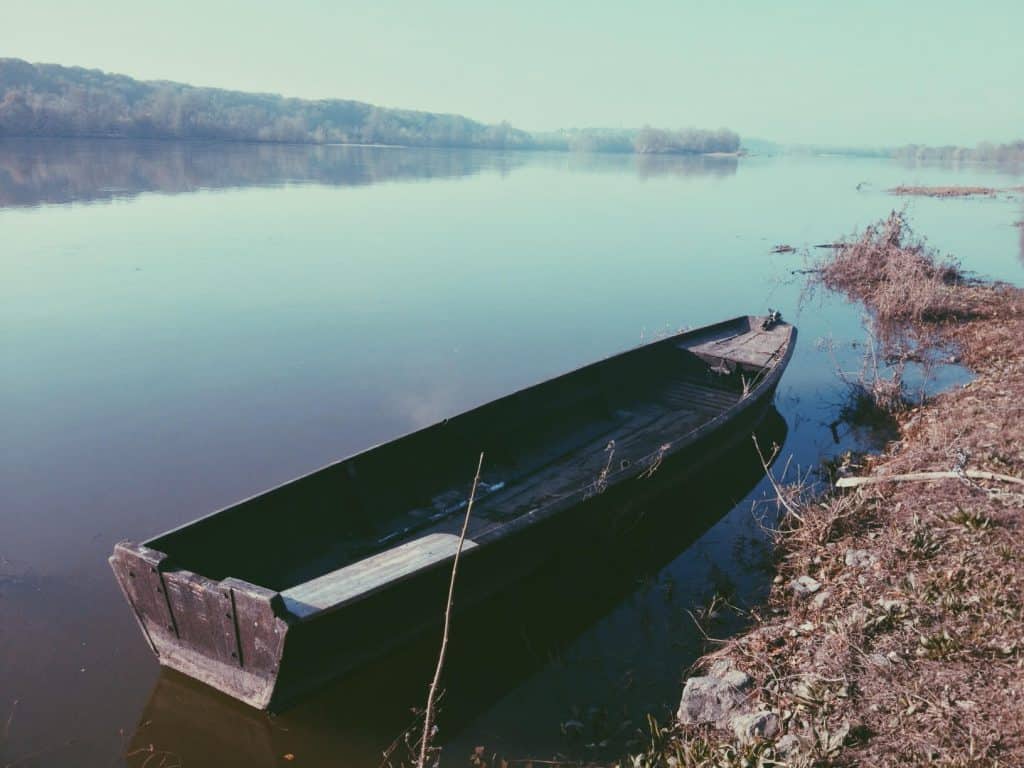 On the drive home, the day was too beautiful to ignore, so we stopped for a few snaps along the Loire River.

Hope your weekend was a good one! Have you ever been to French Christmas markets before?

« Fabletics review and how does Fabletics work?
So you’re gonna be an expat? Tips for the newbie »