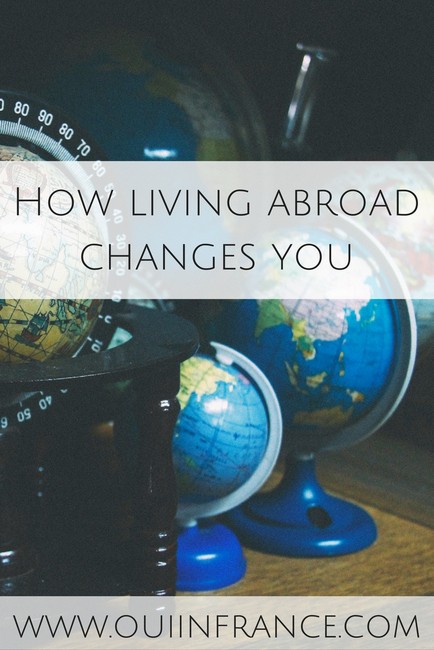 On my recent trip back home, I was visiting a friend when she called my name to get my attention. It went in one ear and out the other — I didn’t even react. “Diane?” she repeated. And only upon hearing it for a second time did I jump to action and reply. No, I wasn’t lost in my thoughts or out of earshot. In that moment, I just didn’t recognize Diane as my name. That’s because for the past three years, I’ve answered to “Deeanne.” Or the French pronunciation of my name (the French and American vowels don’t jive). The “i” in French is pronounced “ee” and my name sounds very similar in French to Deeanne. But more than my name has changed.

Has living abroad changed me in other ways? Of course, and maybe you can relate.

Read on for more on how living abroad changes you!

Faithful reader Alan sent me a link (thank you!) to a recent post from Taking Route on change once you’ve lived overseas and Kimberlynn Boyce’s insightful piece rang true for me. I found myself nodding along to a lot of what she wrote as my eyes skimmed the words on the screen. Here are three things she mentions on how living abroad changes you and how they ring true for me:

The EURO/USD exchange rate is something I check daily, sometimes twice or even three times per day.

Before moving to France, I’d only check exchange and conversion rates prior to leaving on a trip somewhere fun. Or maybe just out of curiosity.  But now, xe.com is in my browser bookmarks along with a long list of other sites I check daily. When your money isn’t all in the same currency and you regularly make withdrawals from your American account at a French ATM, a fluctuation of just one cent in your favor feels worthy of a victory dance.

And when it was time to buy our house, even the smallest change could make a huge difference in the timing of our wire transfer. Yes, I admit I obsessively check the EURO/USD exchange rate. 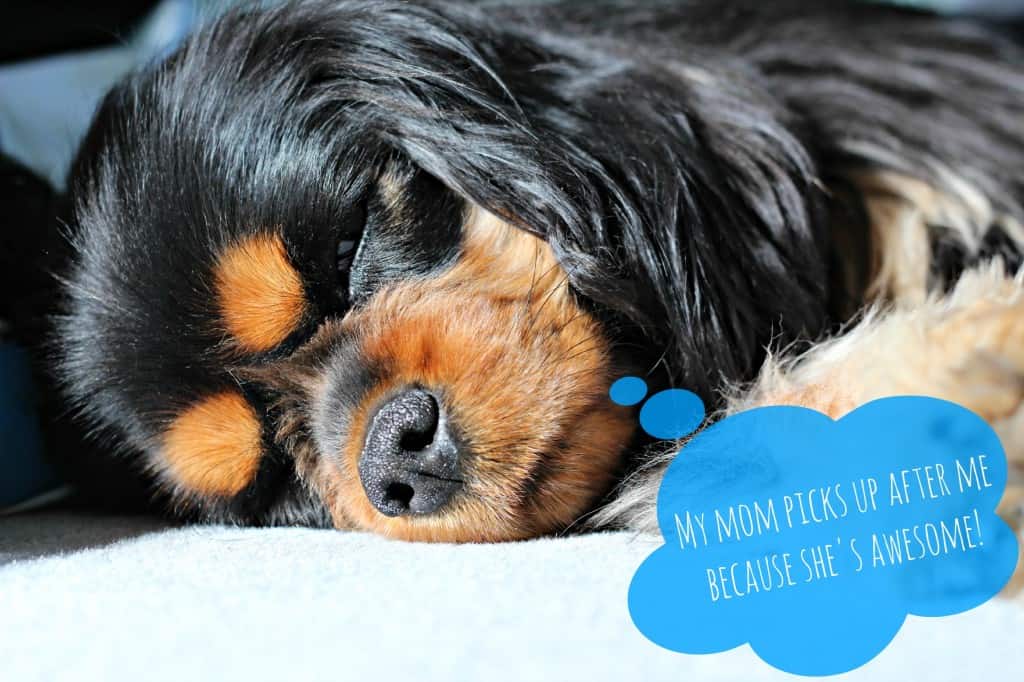 The distinction between normal and weird isn’t so clear anymore.

For example, I shake my head at the French who don’t think picking up after one’s pet is necessary (though I’ll admit I’ve seen more people picking up their pup’s poop lately), I used to find bisous so weird and uncomfortable (remember the French don’t greet each other with hugs) and was always confused why the French consider the second floor of a building the first (ground level is 0, so the first level up is the first floor and not the second).

Now the French way seems normal to me, not weird at all. Bisous are strangely natural — but still strange. And stores closing at 7 p.m. is normal (although I still don’t like it). And speaking of brilliant, the debit/credit card accessible toll plazas everywhere are great. And why don’t we finish our meals with cheese in the U.S.? What about leisurely Sunday walks and slowing down in general? We can learn a lot from the French. 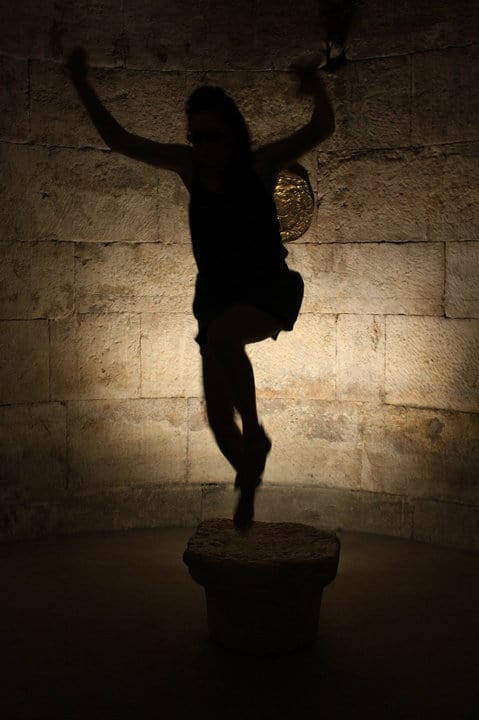 I’ve always been a strong believer in things working out the way they should. That bad days or weeks will resolve themselves and in the end, you’ll emerge (mostly) unscathed on the other side. But sometimes in a moment of despair, you doubt yourself or can’t see the light at the end of the tunnel. Ever since moving abroad and embarking on a life I never thought I’d be living, I see that anything is possible.

Things aren’t always comfortable or easy, but I no longer doubt that things will work out in the end in a moment of despair. They have in the past and any temporary difficulties in the moment will be exactly that, temporary. I survived the bureaucracy madness, the paperwork, the language mishaps, the loneliness and I’m proud I’m still here. Bring it on, France!

And here are a few more ways that I came up with about how living abroad has changed me:

I’m the type of person who is always early, likes to-do lists and to have a plan. For things big and small. Back home, maybe an irritating change of plans due to something out of my control would bum me out, but now these little things just get chalked up to life being unpredictable and I take them as they come. No big deal. I’ve changed, big time.

Minor hiccups like changes in plans, a detour when you’re already late, protests in the street, etc. don’t really faze me. I actually expect them. I’ve had my share of much bigger frustrations (that merit getting a little annoyed) as a foreigner abroad, so the little things just don’t get to me. Sure, things like these are annoying but they’re not the end of the world. So what if you’re a little late? So what if you don’t get everything done on your to-do list. There’s always tomorrow. And I’ve chilled out a lot while waiting for tomorrow.

Reflecting on 5 years in France >> 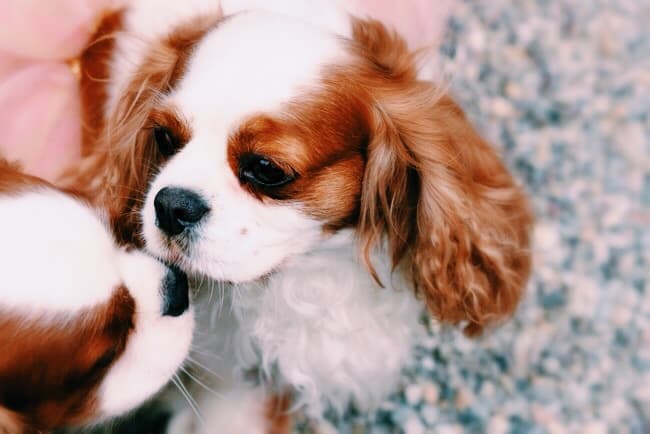 (Those cuties are my friend’s two Cavaliers. We visited them when we were in the US and they have absolutely nothing to do with this post but were too cute not to share.)

I’ve learned all about resilience.

Bouncing back is a skill you don’t really learn until you’ve had to do it a bunch of times. From little slights to major fails, I’ve learned about the importance of being resilient. No one who has ever moved abroad will tell you it’s easy. Maybe parts of it are. Maybe. But let me tell you right now that moving to France and leaving life as I knew it behind was the most difficult thing I’ve ever done. Throwing yourself headfirst into a new culture is a fantastic way to find out how you deal with stress, uncomfortable situations, change, a new language and more — often at the same time.

So when something gets you down (and it will), you can wallow for an hour or a day or a week but then you have to get the hell over it. You don’t have a choice other than to get over it. If you don’t speak French, no one will understand you. If you don’t try and put yourself out there, then you will never meet anyone fun to hang out with. When people do stupid things, I’m a master at letting them get under my skin, but lately I’ve realized sometimes it’s best to just let it go, bounce back and live your life. And maybe it took a move across an ocean to see that.

Can you relate? Tell me how living abroad changes you. What would you add? 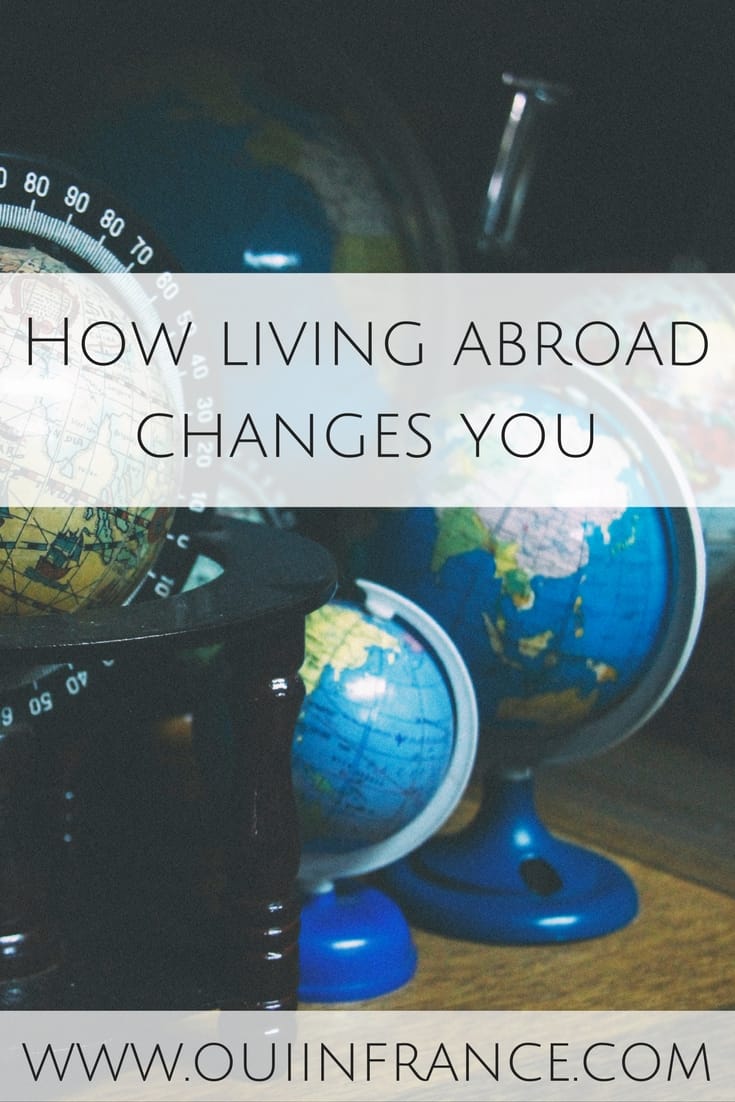 Struggling with the disadvantages of living abroad? Remember this

The living abroad experience is not one size fits all

« Finding a pumpkin in France (and carving success!)
Expat care packages are the best (and a holiday exchange?) »