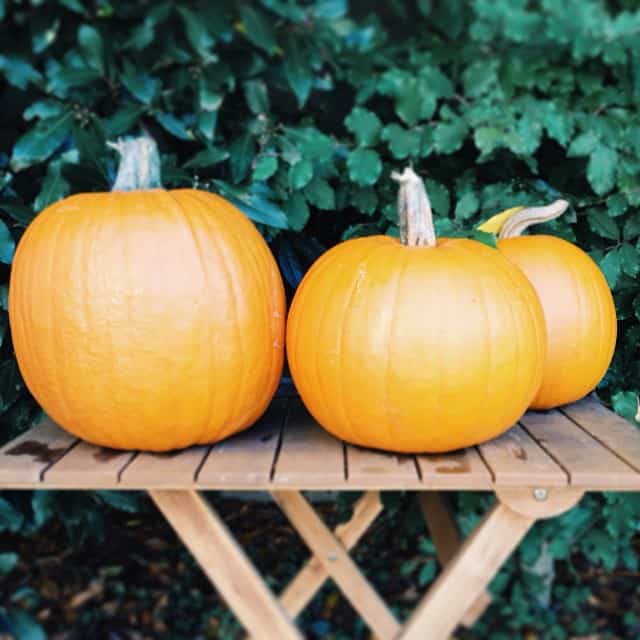 It’s Monday, glorious Monday which means the weekend is over. Boooo!!! But the good news is that we found pumpkins to carve! Finding jack-o’-lantern-style pumpkins to carve in France often proves difficult. There are all types of gourd-like pumpkins and squash varieties, but good ol’ orange pumpkins to carve? Eh, not so much. After an hour of striking out at garden centers, we decided to head to a nearby harvest festival where these beauties were for sale (dammit, don’t ask how much the trio above cost. How much are pumpkins these days in the U.S.?? Just curious). We spent the afternoon carving them into creations that will definitely confuse the neighbors (no one really carves pumpkins here). So score for that.

And in other news, check out 5 foods in French grocery stores that’ll make you say WTF. With pics of it all after the jump…

Finding a pumpkin in France

So first, I’ve told you all about French grocery stores here before, but you can check out my quick post on Buzzfeed about the 5 French Grocery Store Items That’ll Make You Say WTF here. 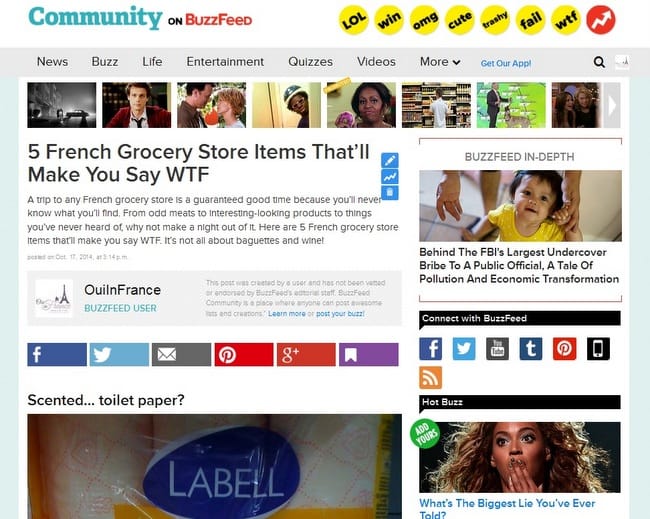 Halloween is catching on little by little in France. Tom told me that when he was a kid, no one really knew what Halloween was (aside from American movies) and as time has passed, France has gotten to know what Halloween is all about. It’s not traditional like Christmas or Easter and is more of a marketing ploy here — although, let me say that harvest festivals and autumn celebrations with wine and gourds and fun are pretty popular. Back to Halloween though. Now you do see some kids in costumes, decorations and about two trick-or-treaters. In general, the French go for scary costumes.

So moving on to our pumpkin carving. We picked out our three pumpkins at a little store section at the harvest festival where they had pumpkin varieties I had never seen before. From little gourds to snakey looking squash to red and even yellow pumpkins, they were really pretty. But I didn’t get distracted by all that because we were on a mission to find pumpkins to carve. And we found ’em alright. With lighter wallets and a 8-year-old helper who pulled them to our car in his wagon (that I tipped), we were off… 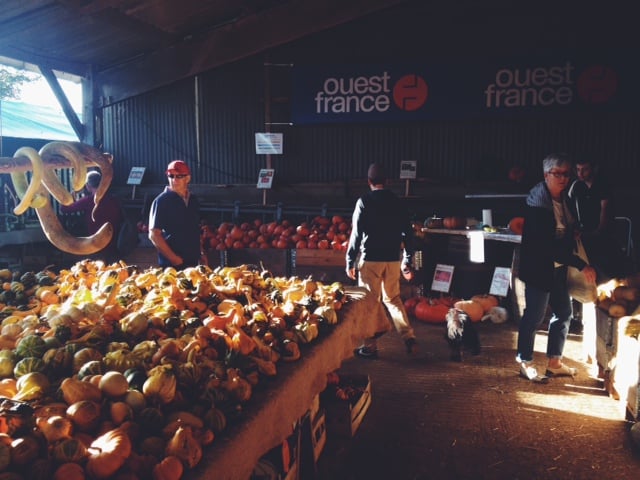 Now it’s carving time. My mom sent me a pumpkin carving kit last year and we supplemented the plastic tools with a big metal spoon, a grapefruit knife and a few nails. How’d we do? Pas mal, I’d say. I’ll let you guess who did what. Don’t ask how long Walter White took. 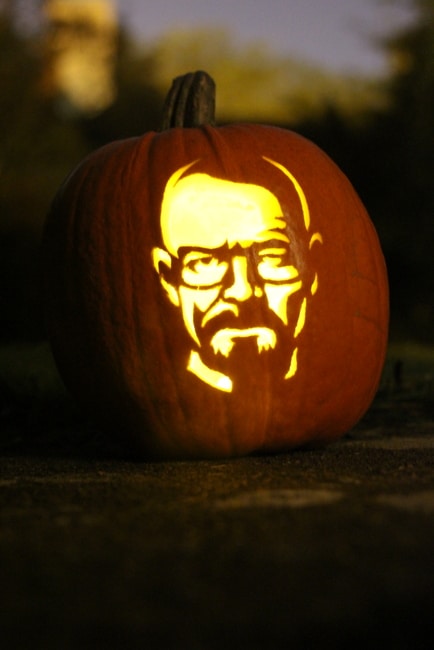 And a festive bookshelf to wrap it up. P.S. If you’ve read Gone Girl you’ll still enjoy the movie. I did! 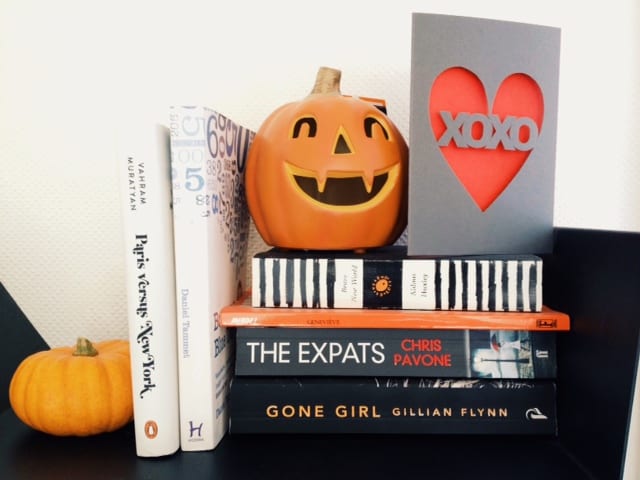 Did you carve any Halloween pumpkins yet? And for those who live here, any trouble finding a pumpkin in France?

We found pumpkins! (and a potimarron)

The secret to language learning success