The other night, Tom and I were talking about la bise over dinner. The French greeting I love to hate was in the news recently when a female French mayor announced she’d no longer be kissing the cheeks of coworkers and will opt for the handshake instead. I knew Tom didn’t faire la bise (cheek kiss) at his specific office, but I found out he does greet his coworkers. Every single one. Every single morning. It goes beyond the American wave or half-enthused “hey” I used to muster at 8 a.m. back in New York. And I was quite surprised.

He’s here to tell us about French workplace greetings and how they might differ from what you’re used to. Or maybe not. Let’s get to it… 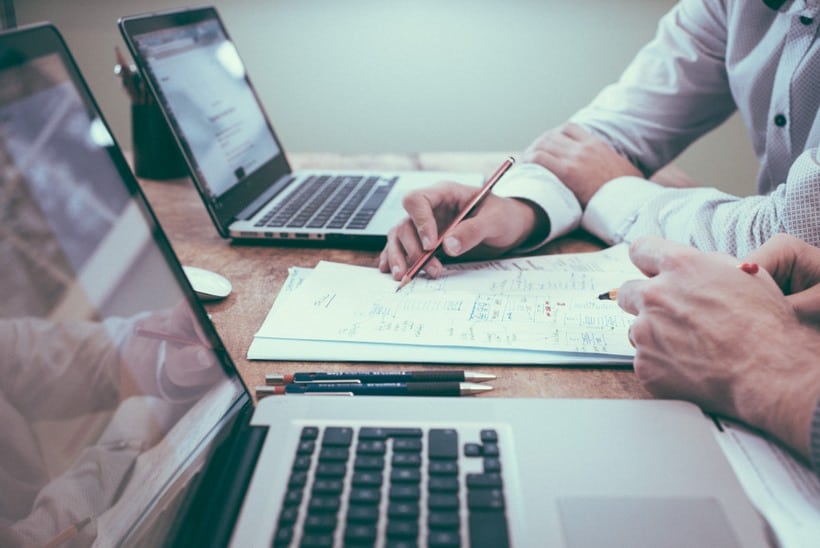 So some background if you’re new here. Tom is French and works with French colleagues in a smallish French office that’s not in a major city. It’s professional and it’s not an open floor plan. If you want to see people, you have to leave your office or they need to come to yours.

As I mentioned, he greets every single coworker every day… with a handshake! I had no idea. The men, the women, his boss, whoever. EVERY TIME. No mumbly, “Good morning.” No little wave. A handshake!

I was so surprised when he told me this because I figured if he didn’t bise, he’d just say hello instead. Or wave. But nope. Even after 6 years here, I’m still learning.

When the convo turned to me and my corporate work experience back in the US, he wrongly assumed that we’d hug our coworkers to say hi each morning (since we don’t bise). I laughed and told him that no, hugging coworkers each morning is not customary. The only instance when I’d hug a coworker would be if someone I was quite friendly with was going on leave/quitting their job/just got super good or bad news.

Anything beyond that, nope. You get a “good morning!” and a wave. Not sure about you, but no one back in my office hugged each morning! (and they certainly don’t hug in France)

So enough from me. Over to Tom…

Diane’s note: Tom’s native language is French and he is not a blogger. To give his posts an authentic feel, I haven’t edited his words except for clarity and typos. The following post is written by Tom. Enjoy!

If you work in a French office, it’s important to greet your coworkers. The exact method and routine will differ depending on your office culture, setup, and what everyone is comfortable doing.

The bare minimum would be to say bonjour when arriving.

I do it with all of my coworkers individually even if we’re all in different offices. If you work with a certain group of people every day somewhat closely, those are the ones you need to greet. This may not be the case in an open floor plan office with 100 people in the same room, so again keep in mind that each office’s practices might differ and there’s no one French way to do everything.

Let me give you the details on how I greet my coworkers and what’s the most common.

When I arrive at work in the morning, I walk around to each office to say bonjour. I use either “bonjour “or “salut” followed by my coworker’s first name  and a “ça va ?” for which you actually don’t really expect an answer. While doing so, I shake my coworker’s hand. It’s very quick, but it’s a way to tell people you’re here and to “officially” greet them in the morning. I do this with both male and female coworkers as well as my female boss.

If one of my coworkers is out of the office when I arrive, then when he or she gets back to the office, he/she will usually come to my office to say bonjour (even if it’s the afternoon because it’s the first time we’re seeing each other all day). It’s the same thing if a coworker from another department — someone I know but don’t necessarily see every day — comes around to my office for a meeting with me or another coworker. They’ll make a quick stop by my office to say bonjour and shake my hand. 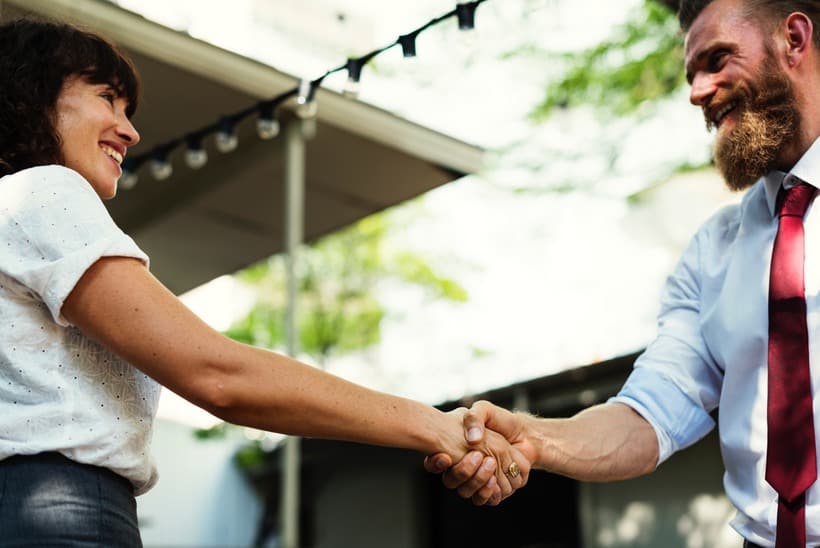 Now about the bise (cheek kisses), it can get tricky here, even for a French person…

See, at my department at work, I don’t do the bise with coworkers. My coworkers don’t cheek kiss either except for a few female secretaries between them (because they’re close friends in their private lives).

To be completely honest with you, I do the bise a few times a year: when it’s the person’s birthday (women only), and for the New Year. In those cases, I even do the bise with my boss. For some reason, I would never cheek kiss male coworkers. It’s just not customary at my work. Men don’t cheek kiss each other. The exceptions might be male relatives who work together, or certain work environments where it’s more natural. In my opinion, I don’t think you’d see men cheek kissing each other at a bank or other office job.

Now in some other departments of my workplace, the greeting standard is a little different. People do the bise (women + men, and women + women) and shake hands (men between them). Isn’t that weird? The whole custom changes when you change departments or jobs. Remember it’s not the same everywhere. One thing you’ll never see as a greeting? A hug.

There’s no official rule at my work at least to my knowledge, so that unofficial rule just got set up out of habit, personal preferences and our history. I got a new boss a few months back, and we actually kept on doing what we’d done before (with my former boss who also was female). My new boss adapted. But I do know in the department where she worked before, she’d do the bise with her coworkers, including subordinates.

When it comes to the French workplace greetings, even as the boss you don’t usually arrive and set new rules. Instead, in most cases, you adapt to the practice already in place.

So back to our custom of shaking hands. I shake hands with all my direct coworkers because we’re physically in our own space. We’re on one level with a few separate offices. Obviously if I worked in a larger office or in an open space with 30 other people, I’d probably not shake hands with everyone individually. That’s the case for some of my friends and relatives. What they do is they shake hands (or for some do the bise) only with the closest coworkers (physically in proximity or close in terms of how well they know each other). They’ll say bonjour to the others, either when they arrive in the morning or at some point during the day when they run into each other.

Also, I should note that people’s ages don’t really change anything I’ve said. There’s no one age group more likely to cheek kiss in my experience. 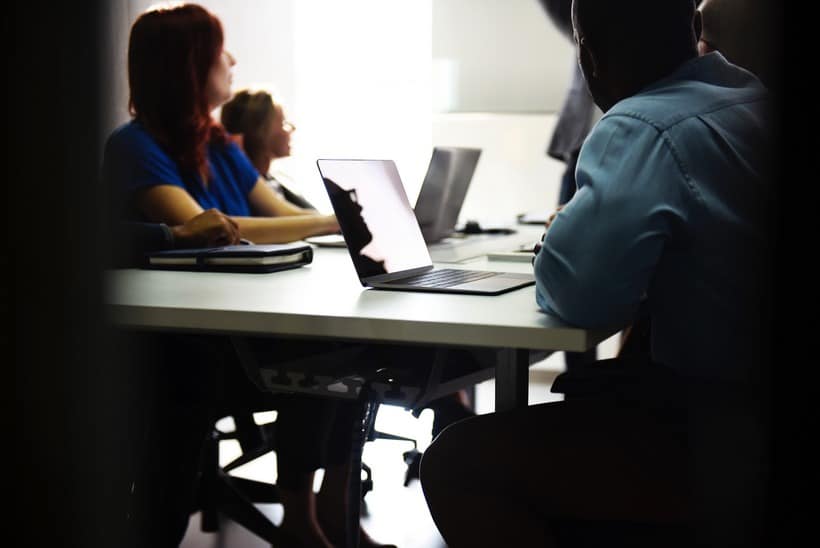 But again, I know it can be confusing, even for a French person.

Here are 2 quick examples that are more out of the ordinary:

– As I mentioned, I don’t do the bise with my coworkers, but I do it with some other people. There are a few women that belong to other companies and work in different buildings. These are women I work with relatively regularly, but don’t see weekly or anything, and who I have known for a little while. If I have a meeting at my workplace with those women, I’m going to do the bise when they arrive.

– The most awkward situation is when I’m with a coworker and we run into a colleague from another department. These two usually bise each other, but now I’m the third person in the group. There’s a split second when I don’t know if I’m going to do the bise too. Do I default to the other person’s greeting who went first or do I stick to my guns and just shake hands like I would if it was just the two of us? It can be weird for French people. (Diane’s note: This has happened to me at the gym. I bise only one person there, but one day I was talking to someone who I don’t bise. Someone that she knew approached us both and bised her because that’s how they normally greet each other… and he then did the same to me! I was not expecting it.)

So remember, most commonly you shake hands at a French office. The French workplace handshake is brisk and light. You do one up and down and that’s it. There’s no firm grip or anything. You can’t go wrong if you do that with all your coworkers.

If you want to fit in, it’s best to observe your surroundings and see what people do. Wait for others to take the lead and then reciprocate. You’ll get the “secret code” to fit in and then it’ll become natural. If you’re not sure and are new somewhere, ask the person doing the introductions and then just follow suit.

How do you greet others at your workplace either in France or abroad?

Thank you, Tom, for your insight into French workplace greetings.

Did you enjoy his post? Show him some love in the comments! 😉

Read Tom’s series “Ask Tom Tuesdays” here. If you have a question for him, contact us and maybe you’ll see it answered in an upcoming post. 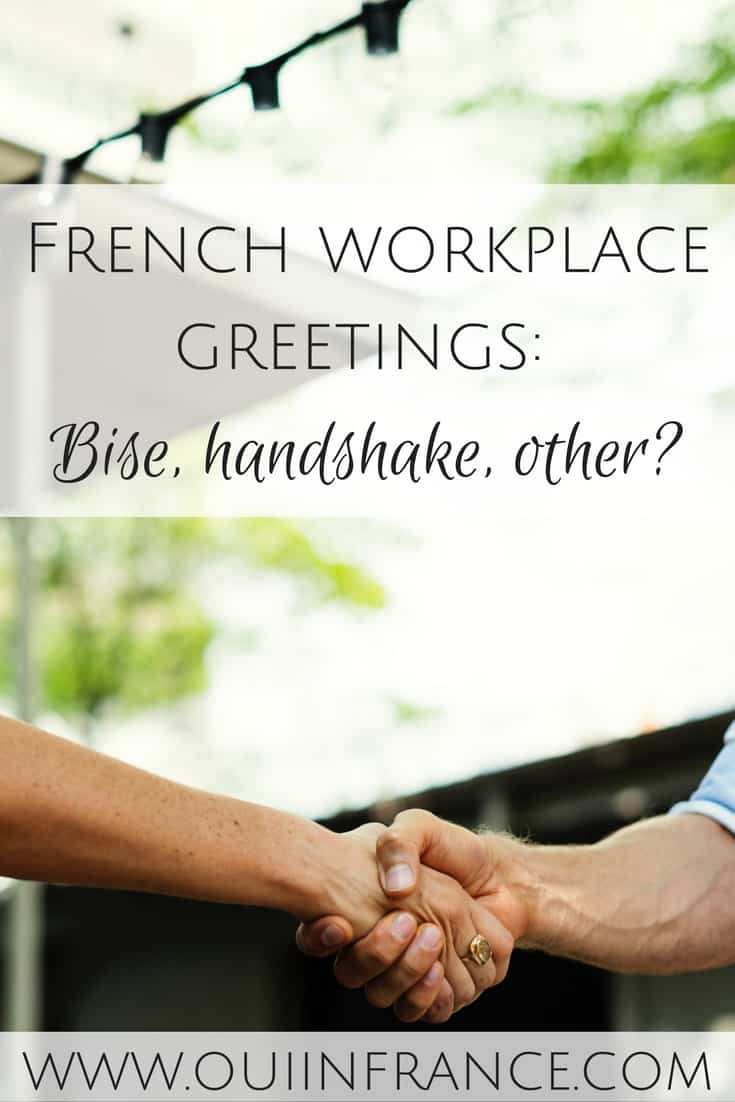 Schooled on my bisous technique

« The importance of finding exercise you enjoy
9 of my best French grocery store tips! »