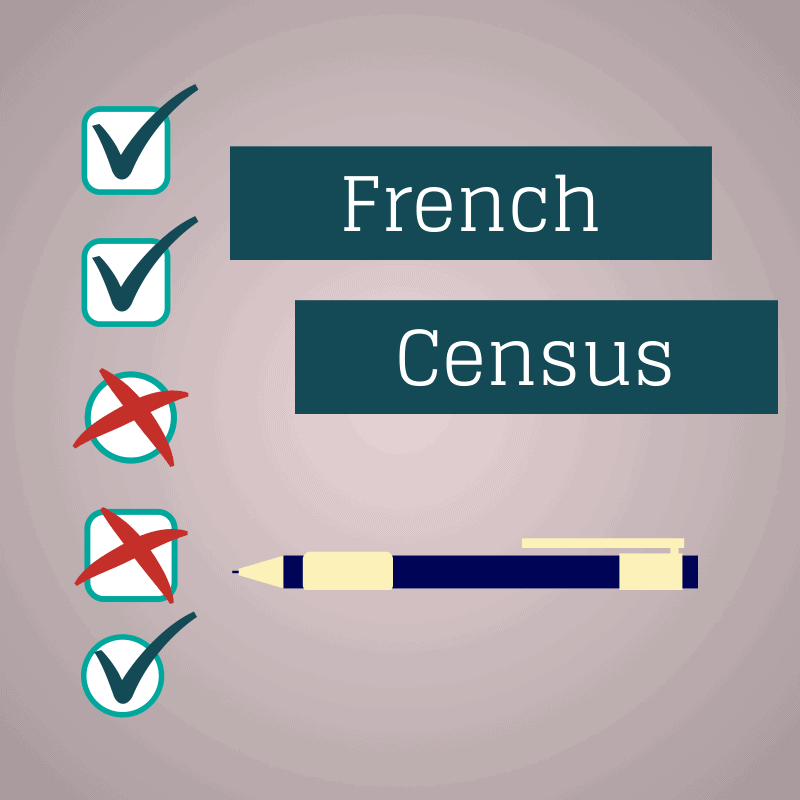 It’s census time in France! I figured we’d get a few forms in the mail that we’d need to fill out and send back a few weeks later… but nope! They’re hand delivered and picked up! And know what two questions they can’t ask on the French census?

Does France have a census? French census info

Managed by the National Institute of Statistics and Economic Studies (INSEEE), the French census is conducted every year for towns with 10,000+ inhabitants (and every five years if there are fewer than 10,000). There is one form for each individual and one for questions pertaining to the house or apartment. Each form includes an array of questions about your household, job, and more.

It’s a pretty standard form except unlike in the U.S., it’s absolutely illegal for the government to ask you about your religion and race on a census in France.

Interesting. Although the French census is for statistical purposes, you don’t share your religion or race. Period. It does ask your nationality though, so although they’ll know I’m American, they won’t know I’m a white chick who was raised Catholic. Among the 25 questions are inquiries about your education, employment, age and place of birth. 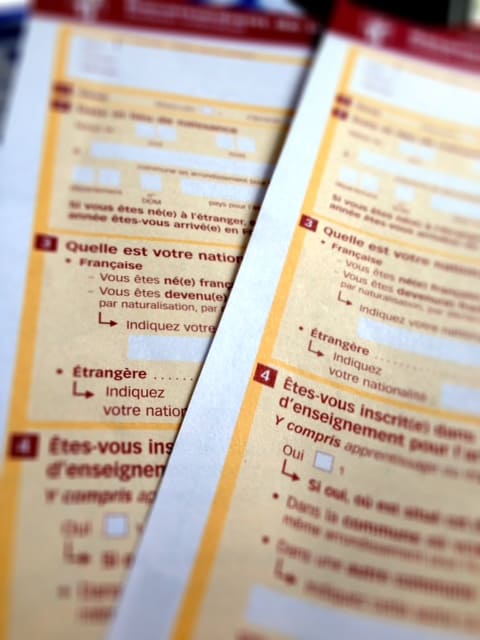 But more strange to me than NOT answering questions about your race or religion, which seem commonplace to me on a census questionnaire, is again the level of formality in France that I don’t think I’ll ever get used to. Case in point: The delivery of the French census form…

I’m a grown adult and the last time I referred to another grown adult with a Mr or Mrs before his or her name when I address them was probably when I was 5 years old. Except if it’s someone older than me who I met as a kid — like my neighbor who I’d still call Mrs. Rubin today, a friend’s parents or my old third grade teacher who if I saw today I would still call Mrs. Gallagher.

But as an adult, if you meet another adult (aside from doctors) in the U.S. either through a friend or at work, it would be very rare to call them by anything but their first name. Almost condescending to call your co-worker Mister So-and-So instead of Bob. But not in France!

I had a chuckle when the census employee left a note in our mailbox to call her and signed it Mrs. DuPont instead of Nicole DuPont. The level of formality in France still stands out to me. Even when my husband calls customer service for something, he will refer to himself as Mr. Our Last Name and not Thomas Our Last Name. Aren’t misters old guys? Again, not in France.

So I called Mrs. Census Lady back so she’d know when we’d be home to deliver these uber-important French census forms. They are always delivered and picked up (two days later) in person. Seems like a waste of resources — can’t we just put a stamp on it and call it a day? Guess not. So at 6 p.m. tonight, Mrs. Census Lady will be swinging by to pick up our completed census in France forms. This is a big deal, guys. And maybe I’ll pencil in that I’m white. Just to be thorough.

The virtue of patience: A trip to the post office in France is never quick

« On friendship when you move abroad
The strange noises Americans make »