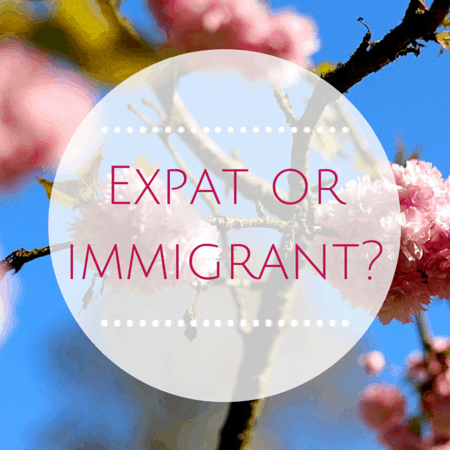 There’s a lot of chatter about expat life all over the internet. Resources like blogs and forums all provide invaluable advice on moving abroad and what life is like when you leave your home behind. Lately I’ve been thinking about the terms expat and immigrant. Am I an expat or immigrant? Does the identifier I use even matter?

Well, I think the language we use does matter and here’s my take on expat vs immigrant.

Let’s start off with the definition of each term. Online dictionaries pretty much describe the two terms the same way:

: one who has taken up residence in a foreign country.

: a person who comes to a country to live there

: a person who leaves one country to settle permanently in another. 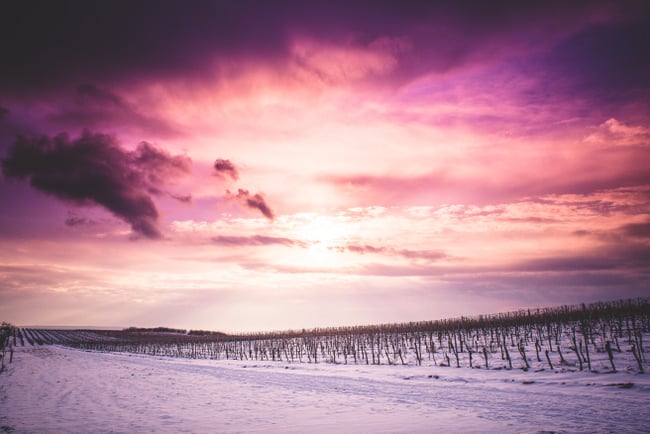 Positive or negative? The definitions aren’t so simple.

So we have the definitions of both immigrant and expat in France which seem pretty straightforward, but what about the connotations?

Immigrant sounds negative. We associate it with illegal immigrants and struggle. So many of our ancestors immigrated to new lands, maybe arriving in Ellis Island with nothing but a small suitcase and left to forge a new life in a place where they may not even speak the language. Immigrating is challenging and we’ve all heard stories of strife with people having to find work, learn a language, integrate and adapt because there’s no other choice.

Expat, on the other hand, gives off a completely different vibe. Before deciding to pick up and move to France, I thought of an expat as someone who accepted a temporary work contract of a year or two in another country, usually with the same company they work for in their native land. Expats often have their moving expenses paid for by their employer, children’s international school tuition covered and live reasonably cushy lives. Don’t they? Not necessarily.

Based on the definition, an expat can be anyone living abroad. The simple definition of expat says nothing about cushy lives or work contracts, yet in the past when I’ve referred to myself as an expat, people assume an employer in the US sent me to France. When I’ve called myself an immigrant, friends from home have laughed. “You’re a legal American resident in France, silly, not an immigrant!” Right… but is that all I am?

And what about the fact that expats return home at some point in most cases. Does that make their struggles any less real while they’re experiencing them abroad?

Permanence seems to be what separates the two terms.

Expats are only living abroad temporarily whereas immigrants move to a new country for good. To escape hardships at home and seek out a better life? Maybe. Expats have the opportunity to choose whereas most immigrants aren’t looking to return to their birth country. Or are we/they?

Where does the privilege of choice come into play? And privilege in general?

Expat is a label that can sound elitist to some. Expats don’t bother to learn the local language and integrate, right? Expats are better than the locals, right? Nope and nope. It’s certainly preferential to immigrant, right? I feel like “expat” can be misleading and it’s important to be self-aware no matter what you call yourself.

I feel weird referring to myself as an expat in France, as if it gives me some sort of elite status and it makes me feel uncomfortable.

These days, when it comes to the expat vs immigrant debate, I just say I’m an American living abroad in France. Call me what you want.

Why does the language we use matter?

Words are so much more than just words. They help us make sense of our environment and connect with others. Words can convey a sense of empathy or if we’re not careful, they can put up walls around us. The language we use is a reflection of what matters to us and what our beliefs are, so be mindful when choosing how to describe yourself.

Regardless of the identifier we use, moving to another country takes major guts and courage. So whatever you call yourself, know that you’re pretty badass.

Expat in France vs immigrant… what am I?

I guess I’m both an expat and immigrant according to the set of definitions above.

Simply put, I’m just an American living in France. That works for me.

How do you define immigrant vs. expat in France?

Why joining the gym is essential to being a happy expat

« When’s the best time to join a gym? (and tips to get a killer deal)
Morning drinking in Saumur »