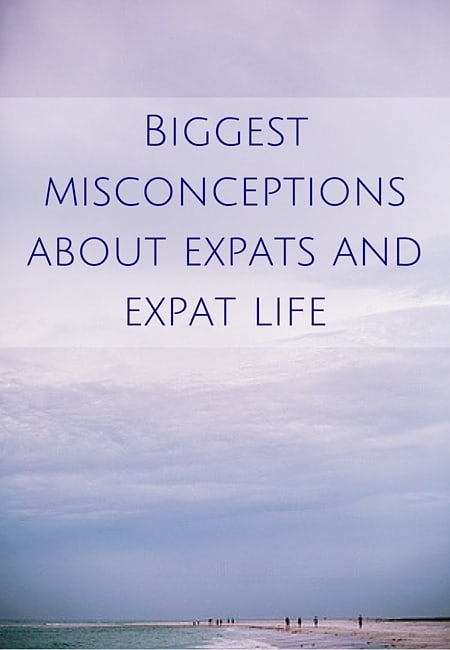 We all make assumptions about all kinds of things every single day. I guess it’s part of being human. Me personally? I assume the stores will be closed at lunch and won’t reopen on time. And that my annoying neighbor will block my garage when he parks his car at lunch. And that the mail will come around 10 a.m. Pretty harmless stuff.

But what about when people make assumptions about you?

Have you ever had a conversation where the person you’re talking to wrongly makes some major assumptions about who you are and how you got there? Maybe something that was positive and made you smile or maybe something that kind of rubbed you the wrong way?

As a foreigner, you may encounter some of the misconceptions I talk about below. If you live abroad, you’ve probably heard at least one, and if you’re thinking of moving abroad? Well, you’ll want to read on so you know what people may assume about you and your life once you reach your destination…

Read on for the top misconceptions about expats I’ve heard!

People don’t mean to wrongly assume things about your life. Most people don’t in my experience. But let’s remember the saying about the word assume. It can make an ass out of u and me. Love that. Couldn’t resist. Sorry. OK.

But here’s the thing. We’re not all the same! There are foreigners who live abroad by way of a job offer, by way of their spouse’s job offer, for a solo experience, for love, for fun and for adventure. So let’s dissect some of the biggest misconceptions about expats and expat life that I’ve heard.

That you’ll automatically become fluent in another language.

Look, any way you slice it, learning another language is a lot of work and does not just happen by chance. Fluency is an ongoing process and it’s not one that happens by osmosis. Just being in a country where another language is spoken does not even guarantee you any sort of fluency. It can only get you so far. Maybe you’ll get to a conversational level in that language. Beyond that, you have to want to learn, then practice, and then practice some more to even become semi-OK in a foreign language. That goes double if you’re starting from 0.

That we are impulsive.

Sometimes people think that those of us who live abroad simply woke up one day, decided that moving abroad would be a good idea, and then hopped on a plane the day after that.

But most of us don’t make decisions on a whim and for something as big as an international move, there’s careful planning and consideration that goes into a choice of that magnitude. I get impulsive when I buy a few extra pastries that I never intended to buy or when something is on sale at the grocery store, but does being an expat mean I’m inherently impulsive? No. Here are other assumptions people have had about me.

It’s easy to think that life abroad is like a fairytale for everyone and that life is perfect in France. That’s just not the case for a lot of reasons. Not everyone is going to love living abroad and it won’t be a positive experience. Life in France is still life. There’s so much we can’t control in life, but in the areas we do have some control over, take advantage.

If you live within your comfort zone and seek out only other foreigners, don’t plan on your horizons expanding too much. There’s so much to see and learn in a new country, but it’s not a given that you’ll experience it if you keep to yourself.

Do you try the local food? Do you try to speak the local language and get to know locals? If you’re not an outgoing social butterfly, that’s totally OK, but it’s important to try to put yourself out there in some way.

Take baby steps and try to find the silver lining even if you don’t automatically love your new home. We are who we are and our personalities don’t change just because we take on the expat label. Just being on foreign soil won’t make us more open-minded. We control what kind of experience we’ll have abroad. Make your time abroad count even if it’s a legit struggle! 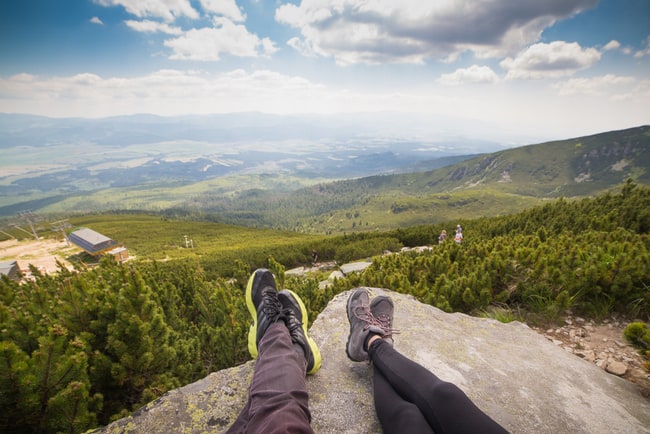 That life’s an adventure.

Unless I’m on vacation, my day-to-day life is probably a lot like yours. I wake up, feed the dog, get to work, grocery shop, walk the dog, hit the gym and do all the other mundane tasks that life requires.

Sometimes life’s an adventure when I make it one (family vacation to Corsica this summer was BOMB!), but generally speaking, my life is pretty ordinary. Yes, people are speaking French around me and not English and there are loads of cultural differences, but all and all, we’re probably more alike than you think.

That it’s difficult to move to France or only for a select few.

You don’t have to be a crazy, adventurous person. You also don’t need tons of cash. Taking the necessary steps toward something you really, truly want is not impossible. So if you’ve set your mind to living abroad, just go for it. Nothing is impossible.

That expats are looking for an escape.

Are we just looking for an escape abroad? Maybe some of us are, but I don’t think that’s the case for most expats — and it’s certainly not a good reason to move abroad. Many of us have moved for a job or love or for a pretty legit reason. Why else would we embark on such a major life change? Problems tend to follow you so not sure escaping abroad is the best life strategy anyway. Not for the long term.

Expat or immigrant and why the distinction matters >>

That we think the grass is greener somewhere else.

OK, yes and no. There are definite perks to living in France and you could probably make a list of perks for just about any country in the world. But to only see the highlights of a place isn’t based in reality — and they wear off.

It’s easy to think the grass is greener somewhere else or that we’re lucky to live abroad, but most of the time, expats have carefully weighed the pros and cons and know what they’re getting into.

That we’re well off.

When it comes to misconceptions about expats, this one is HUGE. I guess some people are rolling in it but just like people from back home, people’s financial situations vary.

It’s true that many expat contracts where employers send an employee and his/her family abroad generously compensate the employee (and offer moving allowances and even housing), but there are many of us who quit our jobs to move abroad and don’t even have a job when we land. Not everyone who lives abroad is rich or even close to it. And on the flip side, many are. Just like any other group of people.

Having significant savings was really important to me, so let me not gloss over that. I’m somewhat risk averse, so having a safety net for myself saved up before I moved was a top priority. I had six months of living expenses in the bank before I quit my job.

“Never” sounds so… permanent. As the saying goes, never say never. Most of us have made a new home abroad, but will we ever return to where we’re from originally? Maybe! France is home for now and I have no idea what the future holds.

Have any misconceptions about expats you’d like to add? 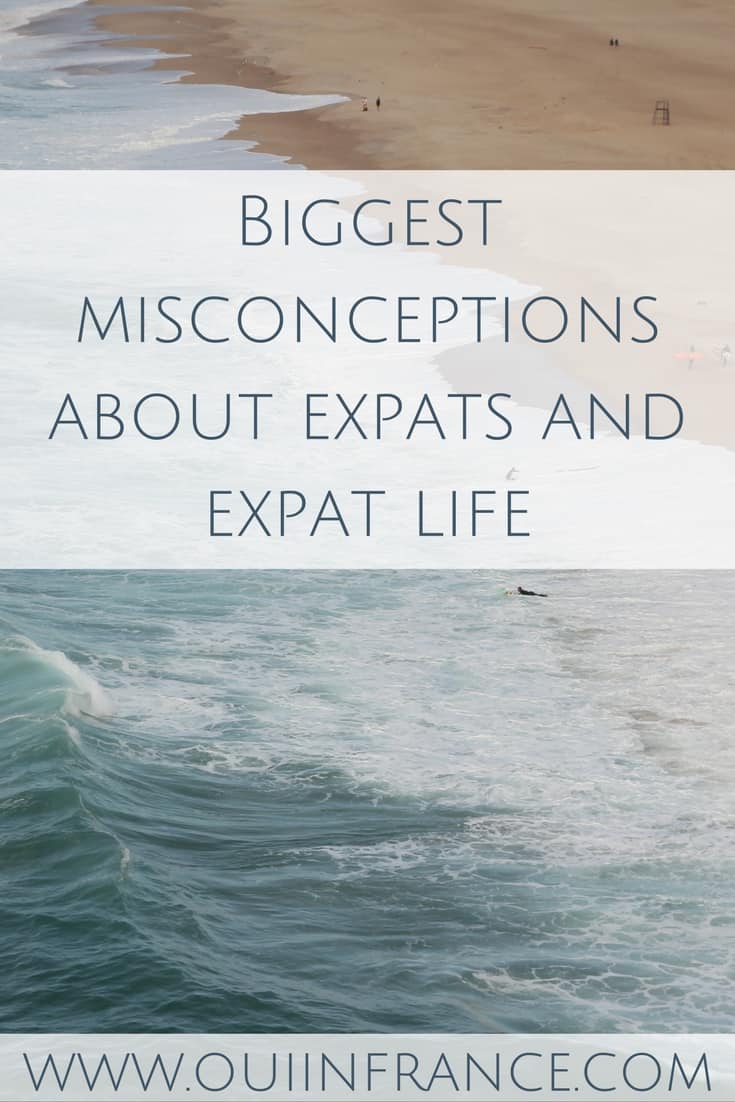