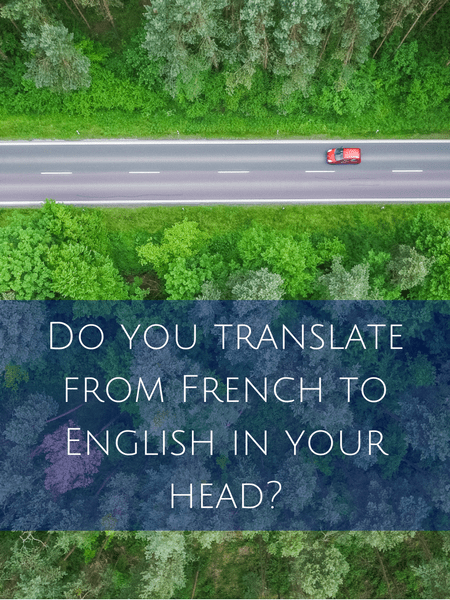 A question people ask me quite often about speaking French is, “Do you translate from French to English in your head before speaking?”

And the answer is…

Well, not often anyway. Not in real time as I’m speaking.

There’s no time, and translating can actually slow you down and hinder comprehension.

As MyEnglishLanguage.com explains, “The first problem with translating everything in your head before you understand it is that it slows down your processing time. Every question has to be translated from the target language into your native language before you can understand it, then you need to think of your response in your native language and mentally translate that back.”

Don’t do it! The more you don’t translate, the better you’ll become and you may even surprise yourself.

I surprised myself several years ago when I was out to eat with some American friends in Paris. One ordered a particularly complicated dish. After ordering, the waitress said to us, “OK no problem, are you in a rush??” Without missing a beat, I responded, “No, not at all. Take your time,” while my table mates hadn’t yet processed her question.

My French was far from being anywhere near confident at that point, but I surprised myself when I replied like it was second nature. I couldn’t believe that I understood the question in real time and was able to reply without translating anything. That was the first of many experiences that confirmed I was on the right path and little by little I’d no longer translate from French into English. It’s a process and if you try to absorb the language as a whole and not word for word, you’ll move that process along even more quickly.

But translation is a funny thing. Sometimes I do translate.

Maybe after hearing something particularly complicated, I focus on the words and try to figure out what isn’t making sense and what is giving me trouble. In everyday conversations, though, there’s no time to translate — not if you want to be an active participant in the conversation. You might feel a little slow when listening to others converse in French around you, but your brain isn’t translating. You’re processing. Sometimes you understand the idea as a whole and you just “get” it and sometimes it’s just words or partial phrases here and there.

Do you ever hear someone speaking French and you innately “get” what is going on?

But if someone stopped you in your native tongue and said, “Hey you, tell me what was said in French right now,” it would take you a few seconds to gather your thoughts? Your brain is absorbing the French and automatically processing what you’re hearing but it’s not being translated into your mother tongue first. It would most likely take you a few seconds to come up with a translation if someone asked you right then and there in the moment.

Let me give you an example.

I might pass by two people talking when I hear one person say, “J’ai deux chiens noirs.” As I hear it, I simultaneously picture two black dogs in my head. I don’t translate it into English and think, “I have 2 black dogs.” I just “get” what’s being said at my core. It’s as if you process the knowledge into understanding right when you hear it.

To get to that point takes time and perseverance.

Internalizing doesn’t mean that words sound any less foreign, though. When I see a dog, it’s always a dog to me first and foremost and “chien” is the foreign word. Even if I internalize it right away.

If you’re a beginner, of course you’re going to translate and that’s 100% normal.

You don’t have a strong foundation yet and translating is the only way to get through it. How else are you supposed to “just get it” without translating when you’re just starting? Stick with it and I promise you’ll surprise yourself like in my restaurant example above.

At this point, I can say confidently say I am not translating real-time conversation into English in my head before understanding and replying.

I can’t tell you when you’ll stop translating and just learn to reply.

It’s gradual and you don’t go from 100% translating all the time to magically understanding everything in a blink of an eye.
It doesn’t work that way.

And if we’re being completely honest, sometimes even now I don’t understand everything. Maybe it was too fast or a word(s) was said that I don’t know and couldn’t pick up from context. No big deal. We’re only human.

I don’t think French will ever roll off my tongue as easily as English, that’s for sure. But certain aspects of the French language have become more normal to me. Take the greeting of bonjour, for instance. I’ve caught myself saying bonjour to cashiers in the US multiple times when back home visiting family. It’s as normal to me as hello is.

French most certainly feels foreign and I have to think about how to construct a certain sentiment because it’s anything but natural for me. Anything with complicated construction, new vocabulary or technical topics makes me want to run and hide. He makes fun of me is “il se moque de moi.” Literally he mocks himself of me. Not the easiest construction to remember.

But then you say it a few times and it becomes normal. Then it’s onto another expression or construction that seems hard.

With time though, these phrases will roll off your tongue naturally. Comprehension will become second nature. And your responses will just flow.

So happy learning. Hang in there.

Bon courage et bonne continuation. I’m right there with you! 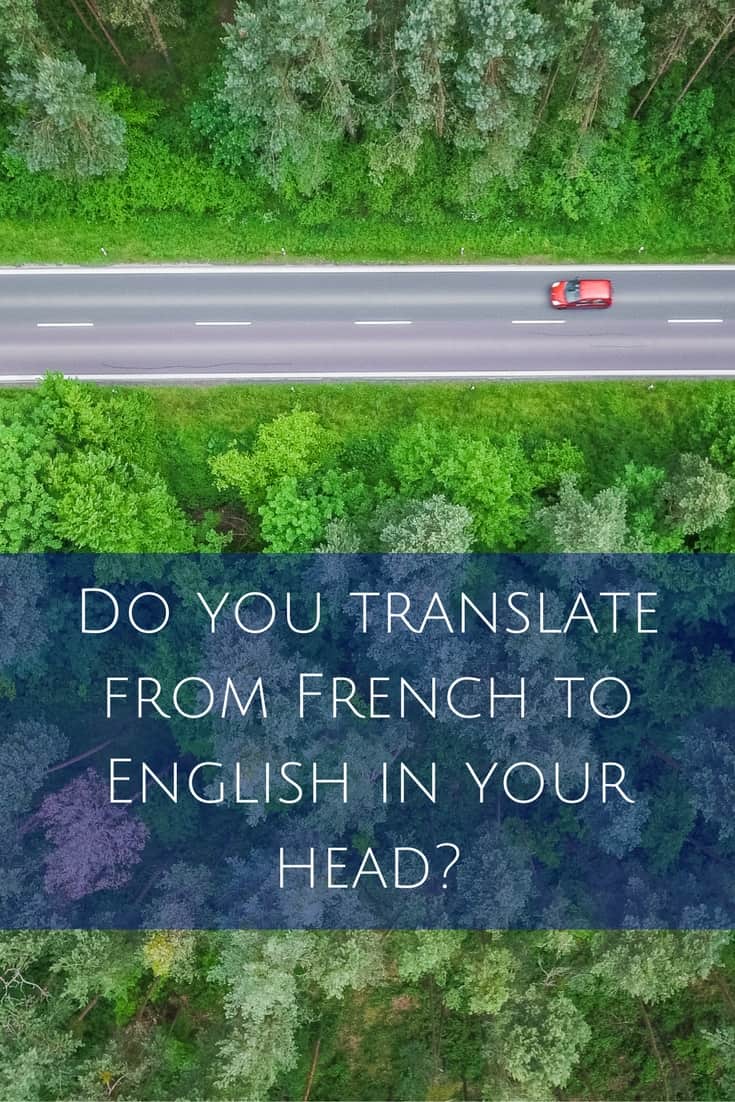 « Do it for yourself
Francophile t-shirts? Yes! Introducing the Oui In France T-Shirt Shop »