Wearing a mask is the new normal and shows you care about your fellow humans. More than half of the people I encounter outside in public are wearing a mask, and nearly everyone in stores has their face covered. After a couple of weeks of lockdown when I was out picking up essentials, I began to notice the impact that wearing a mask has on oral language comprehension. I found myself having to focus a little more than I usually would on the words coming out of people’s mouths and it wasn’t so easy to automatically understand what people were saying unless I was super focused on the person speaking. Let’s talk about oral comprehension in our second language and how it’s impacted by wearing a mask.

How wearing a mask makes French even harder for foreigners 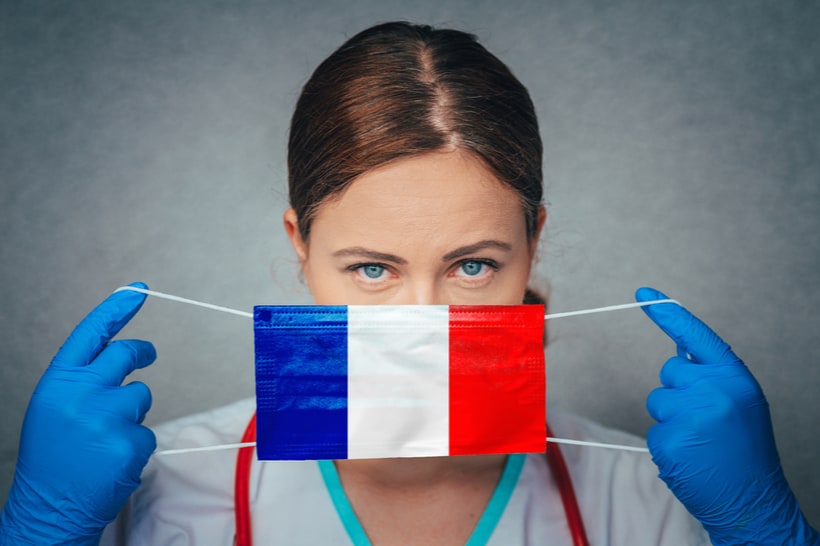 I never realized just how much we rely on people’s facial expressions and lip movements to aid in language comprehension until wearing a mask was par for the course and we no longer had the ability to see people’s mouths. Over the past couple of months since the majority of people began wearing masks when out and about, I’ve noticed how much more difficult it is to navigate conversations in French. It’s difficult enough to live life in your second language and even if you’re relatively at ease in day-to-day life and fluent, wearing a mask has forced me to be more alert and to concentrate on speech, almost like I’ve regressed at French comprehension at times.

Beginners out there, I feel for you.

When you can’t see someone’s face, you rely on your ears, the expression in someone’s eyes, and any other contextual cues they give off with their body. All of this makes understanding what someone’s saying in a foreign language much more difficult. It’s forced me to listen.

Even in our native language, masks can hinder communication. If you’re hard of hearing or deaf, not being able to see someone’s mouth makes comprehension even more challenging or even impossible. It can also leave you wondering what someone is thinking or feeling after a masked exchange with them because there’s no facial context.

“[People’s] mouths will often give away their state of mind,” Susan Krauss Whitbourne, a professor emerita of psychological and brain sciences at the University of Massachusetts Amherst wrote in a Psychology Today blog post. “However, in a time when nearly everyone is wearing some type of lower facial covering, you’re left with the need to determine how the people around you are feeling with very limited cues.”

And that’s only if you can understand them at all!

For those of us who live life in our second language, masks make understanding French more difficult especially when there’s background noise in a supermarket or on a street corner. Conversing in a busy shop is much more difficult than a one-on-one conversation in a quiet environment. Even in your native language when wearing a mask, background noise affects comprehension so it’s clear how that would be even more difficult in a foreign language. It’s an added barrier. 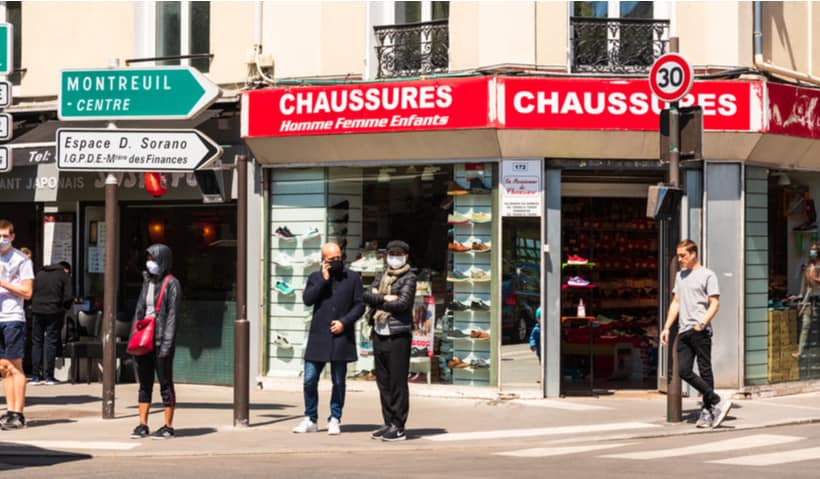 Speech is muffled. It’s a given that the mask blocks some of the speech sounds but when people mumble, oh man. This is especially problematic when I speak to someone who is soft-spoken, someone who speaks quickly, or who doesn’t enunciate. If the person hits on all three of those and it’s a noisy environment, it’s a problem for me. I’ve found myself speaking up — something I do anyway and talk about often — because I know I have an accent and don’t want to impede communication any more than I normally would.

No facial context to help fill in the gaps. We rely so much on non-verbal facial cues and don’t even realize it until we’re no longer able to use them to our advantage. Facial expressions tell us almost as much as the actual words do coming out of someone’s mouth. In 1971, Albert Mehrabian who was a leading figure in the study of nonverbal communication said “total feeling = 7% verbal feeling + 38% vocal feeling + 55% facial feeling” in his book titled Silent Messages, Fast Company reported.

So it’s no wonder that without the visual cues that count for so much, I’ve found it more difficult to have easy conversations with the French people around me. It’s difficult to know if someone is talking to me or just looking in my direction. We have to rely on what we do have at our disposal — our ears and whatever cues our eyes can pick up. A person’s eyes count for so much more along with someone’s feel and tone of voice, and any other contextual clues their body is giving off.

On the bright side, the past couple of months have been a great exercise in sharpening my listening comprehension and forcing myself to listen to the words I’m hearing and not leaning on anything else to help me out.

As a listener on the receiving end of someone’s question, it’s already difficult, but it goes both ways. The person I’m speaking to most definitely finds masks an obstacle as well because they aren’t receiving any non-verbal cues from my face either. It’s as if a little communication wall has been put up between us and effective communication. We can see over the wall. It’s not blocking our view entirely, but we have to stand on our tippy toes and strain a little to be able to see over to the other side.

You’re already stressed so everything is more difficult when stress is your baseline. Whether you’re stressed about the pandemic, finances, speaking a foreign language, or something else, when our “normal” is feeling stressed, every little task feels that much more difficult to complete. That includes foreign language comprehension. If my mind is distracted for whatever reason, I’m not able to tune in as easily and focus on what someone is saying.

Big roundup of all my best French language learning tips >>

So what can we do?

Well, we can get a mask that shows the person’s mouth. Safe’N’Clear is a US-based company that produces masks with a see-through window panel that shows the wearer’s mouth. This would be especially useful for the deaf, hard of hearing, and anyone else who finds seeing someone’s mouth helpful for language comprehension. Unfortunately, these masks have been on backorder for months.

We can also do our best to make eye contact with people we’re speaking to, speak up in loud environments, don’t mumble, and enunciate.

Aside from that, I’ve found that it just takes some adjustment along with a big dose of patience — both with ourselves and others.

Also, something unrelated I’ve noticed about wearing a mask is that after wearing it for a prolonged period, once I’ve taken it off I can still feel the sensation of the mask on my cheeks. It’s similar to being on a boat all day fishing in the ocean and then showering that night. When you close your eyes in the shower, you can still feel yourself on the boat rocking in the waves in moments of stillness. Does anyone else still feel the mask on once you’ve taken it off? 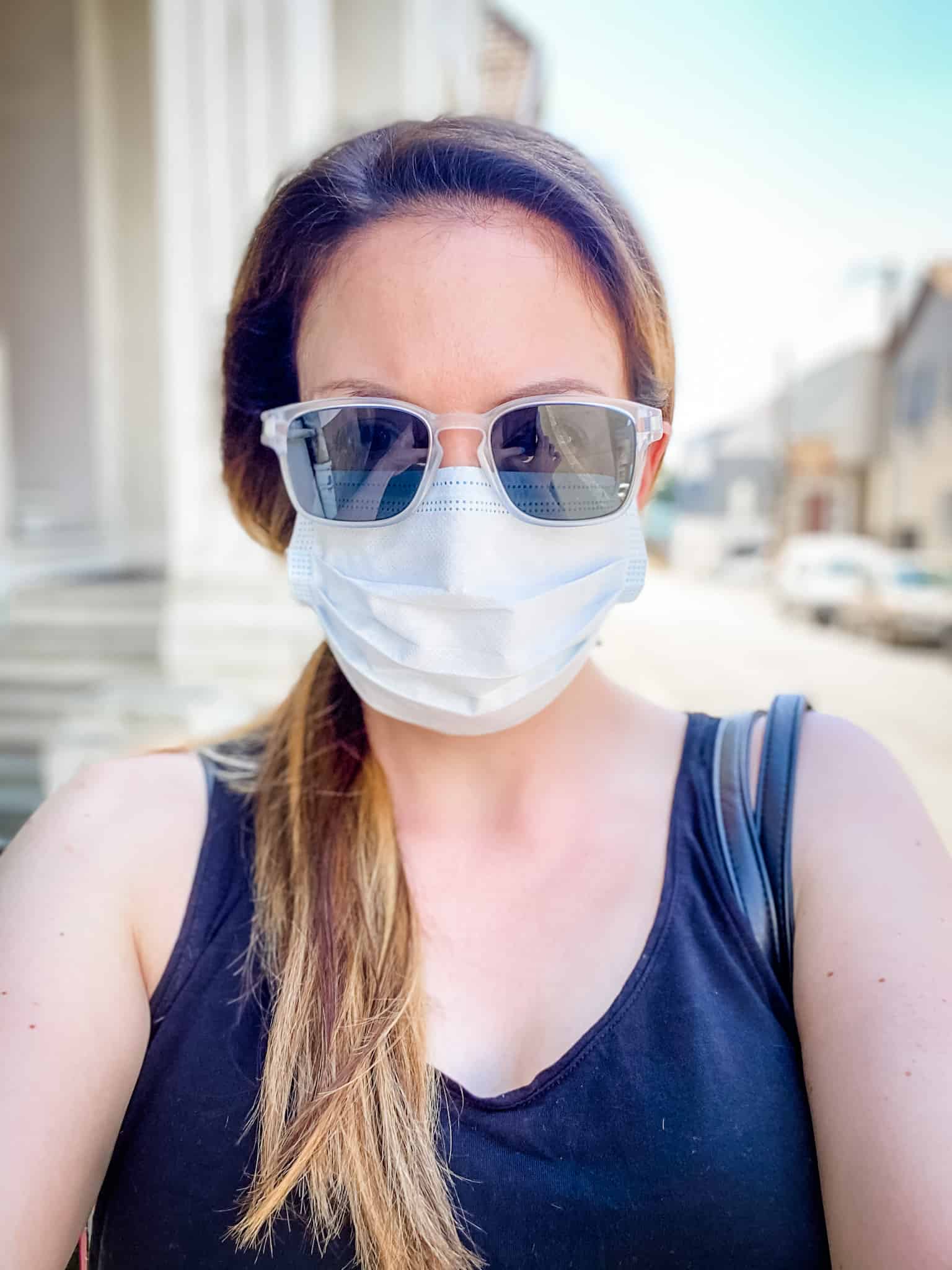 To wrap this up, even if there are language challenges that come along with wearing a mask, I wear one when I’m out in close proximity to people. It’s the right thing to do. When I walk Dagny in the park and know I won’t come into close contact with people, I don’t wear a mask. But any time I go to a store, to an appointment, or anywhere else where I’ll encounter people, I wear a mask. Beyond helping to control the spread of the virus, it’s a way to show others that their health matters and that we care enough about our fellow humans to do our part — a very simple part.

How has wearing a mask affected your oral comprehension in a foreign language? The French government’s official information on masks is here.

We’ll get through this together. Hope you’re all well. Sending you love and support from afar! 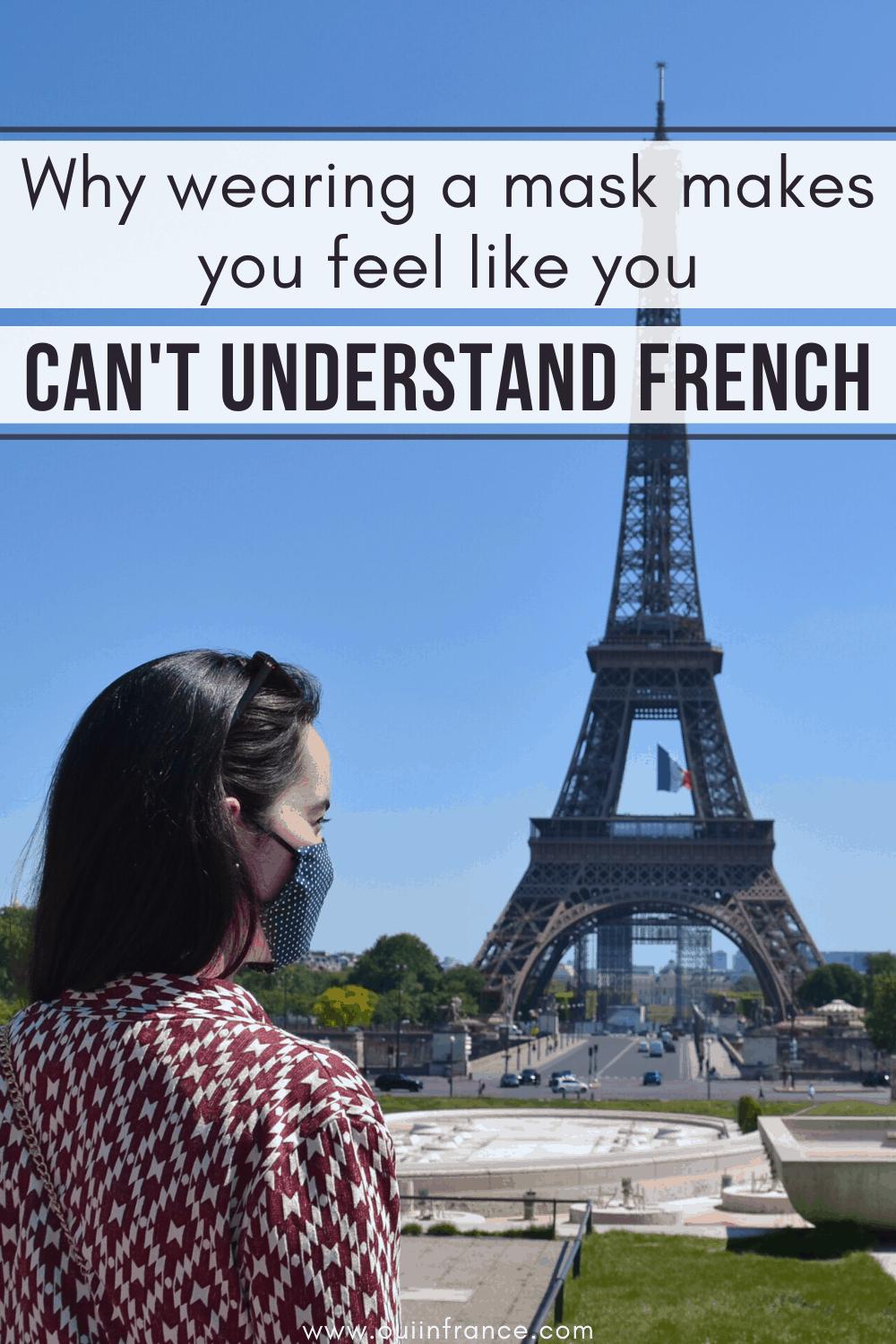