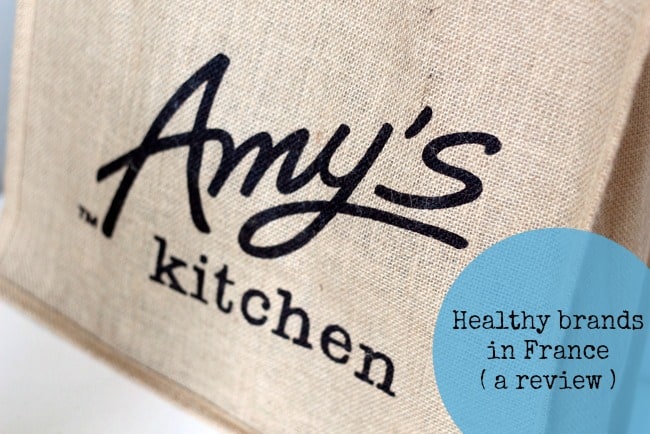 I love it when brands I know from home set up shop across the Atlantic. Many brands I’d buy all the time back in the U.S. don’t exist in France and aside from importing them myself or hoping My American Market has them, there’s not really much you can do except try to find an equivalent. Recently I discovered that Amy’s Kitchen (known as Amy’s in the U.S.) — an organic and vegetarian convenience and frozen foods company — is available in France. They have a line of soups and frozen meals and I was eager to see if they lived up to the tasty Amy’s I knew and loved from the USA.

At any given time back in the U.S., my freezer always had a couple of burritos from Amy’s. They were easy to heat up in the microwave, made a great healthy meal option and you could usually stock up when they were on sale. In France, I’ve slowly been discovering all the brand’s offerings, and although I’m not vegetarian and don’t follow a gluten-free diet, I enjoy vegetarian meals and love the variety Amy’s Kitchen has to offer.

Do Amy’s Kitchen products in France live up to the Amy’s name I know from the U.S.? Are the products worth it? Yes and yes!

Founded in 1987 by Rachel and Andy Berliner after giving birth to their daughter Amy, Amy’s Kitchen specializes in a line of organic soups that are gluten free and vegetarian in addition to a line of delicious vegetarian frozen meals, many of which are gluten free. Made with simple and natural ingredients and always GMO and preservative free, the company launched in France in October 2013. All of Amy’s Kitchen products in France are currently made in the U.S. and imported. While the company is more well-known and widely available in the U.S. than in France, that is changing little by little, and if you’re in France, you can locate Amy’s Kitchen products near you here.

First, let’s take a look at the Amy’s Kitchen lineup in France. 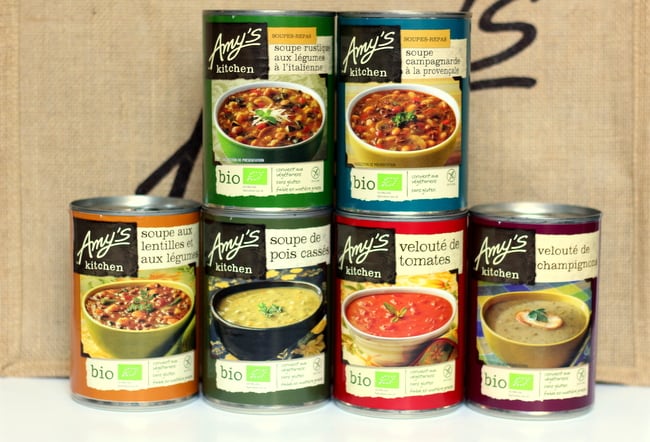 There are six soups, two of which are “meal soups” that are a little heartier. The four regular varieties are lentil vegetable soup, split pea, creamy tomato and creamy mushroom. The heartier soups are the Italian-style rustic vegetables and Provencal Country-style soup. The soups are excellent and aren’t overly salty like canned soups can sometimes be. The flavors were distinct and the soups were well seasoned but not overpowering. The hearty soups were packed full of veggies and are a great meal option on a cool day.

My favorite soup is… surprisingly the pea soup! I generally don’t even like pea soup but the flavor of the Amy’s Kitchen Soupe de Pois Cassés was really well balanced, not too salty and full of flavor. I was sure the mushroom or tomato soup would be my favorite but nope, pea soup won! If you were to buy just one soup, make it pea soup! 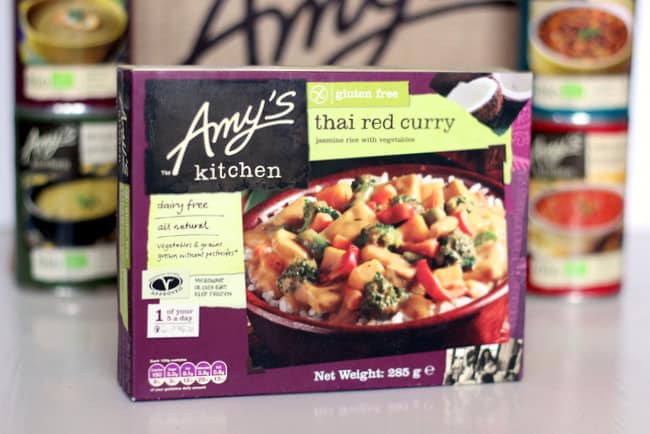 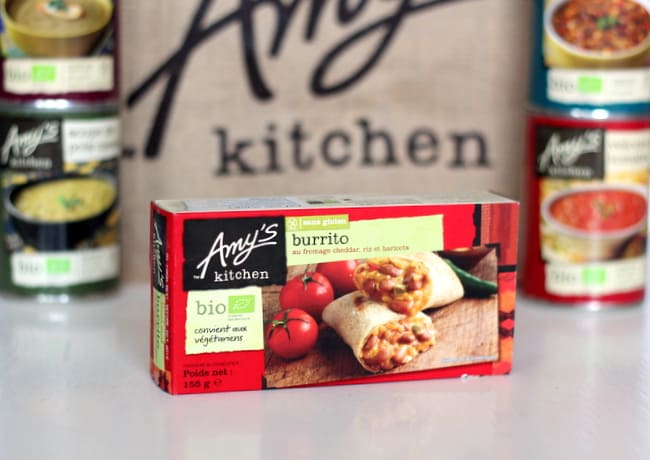 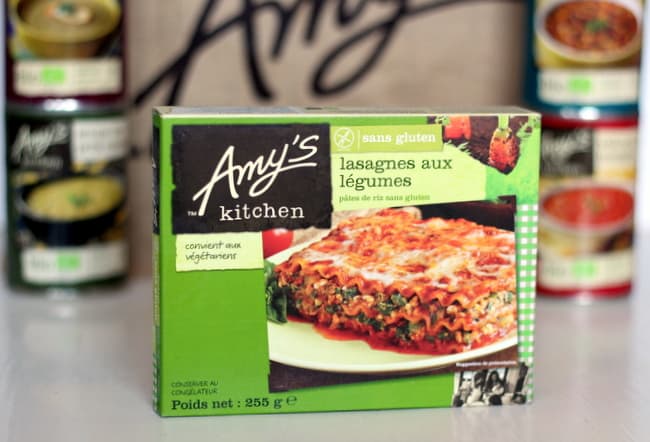 My favorite frozen meal was……… ahhh it’s hard to pick just one. I really enjoy the veggie lasagna and the burrito. But I also really like their macaroni and cheese. And the Thai veggies had a spicy kick that complemented the veggies beautifully. So what am I saying here? That you can’t really make a bad choice when it comes to Amy’s Kitchen products in France. Everything I tried was excellent, both microwaved and when baked in the oven (two options to warm up the meal). The veggie burgers were delicious and even Tom raved about them. We added some cheese, lettuce and tomato and had the quinoa-based burgers one night and will keep buying them. Easy to make and they taste great! Again, I’m not vegetarian, nor do I follow a gluten-free diet but the taste of Amy’s Kitchen’s foods will appeal to diners with broad palates.

Just how broad? Well, my dad — would would turn his nose up at the mention of health food — is hooked on the mac and cheese and I was pleasantly surprised to find this in France! My dad doesn’t seek out healthy products but my mom bought the Amy’s macaroni one time and my dad ended up loving it, so now they regularly buy it as a side dish to eat with dinner. It was creamy, flavorful and if you hadn’t told me it was gluten free, I never would have guessed based on the taste. 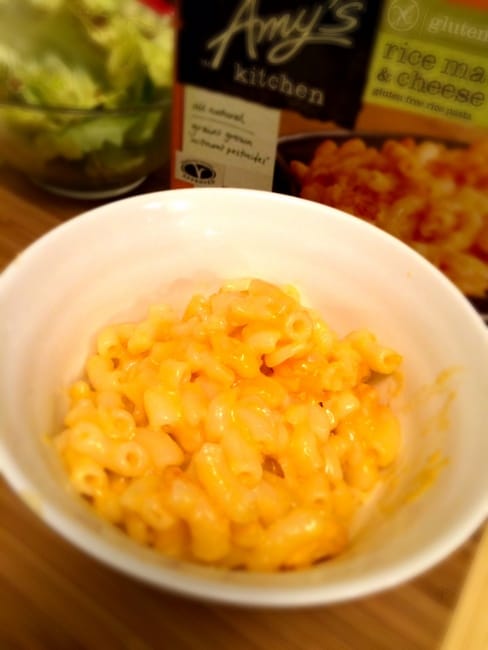 What I love about Amy’s Kitchen in France:

What can be improved about Amy’s Kitchen in France:

Two thumbs way up! Amy’s Kitchen in France has a tasty lineup of products that will delight your taste buds — vegetarian or not. Whether you grab a soup or a frozen meal, the products are easy to heat up, taste great and come in handy when you need to eat in a pinch. Highly recommended on both sides of the Atlantic.

Have you tried Amy’s Kitchen products? What’s your fave?

<< Want more healthy eats? Check out my review of The Protein Bakery here!

Note: This is NOT a sponsored post and I was NOT compensated to write it. All opinions and photos are my own.

Take 2: More brands that need to come to France