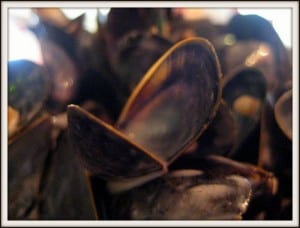 We’re on vacation this week in the Brittany region of France (St. Malo to be exact), and if you’ve never been here, it’s worth the trip. It’s an easy drive from Paris and has a rich cultural heritage that’s like nowhere else in the world.

Despite the laughable bad weather, la Bretagne is a region oozing with culinary specialties. From seafood to dessert, read on to see what Brittany has to offer.

The Brittany region of France is in the northwest part of France and boasts 2,800 kilometers of coastline. If you’re a seafood lover, that means you’ll be in heaven here. But that’s not all the region has to offer. Here are a few of the regional specialties of Brittany, France:

Accounting for about 80 percent of France’s shellfish production, Brittany is known for its seafood and rightly so. 2,800 kilometers of coastline are put to good use and make it hard to walk through an open market and not see fresh fish right off the boats. Restaurant menus are overflowing with mouthwatering seafood dishes and you owe it to yourself to try at least one if you find yourself in Brittany. One major draw here is the oysters, which can be snatched up just a few meters from the dock. They come in two varieties: rock oysters (huitres creuses) and flat oysters (huitres plates), and the country’s main production of flat oysters (two-thirds!) is based about a 10-minute drive from where we’re staying in Cancale, France. There are 7.3 square kilometers of oyster beds (those boxy looking things below that can be seen at low tide) which account for a harvest of about 25,000 tons of oysters per year. The pictures below were taken in Cancale.

If you have a sweet tooth, be sure to stop at a bakery (not a supermarket!) while in Brittany to try a Kouign Amann (pronounced like Queen-ah-mon). This famous cake is a round caramelized bread dough that has enough butter and sugar to probably send you into diabetic shock with one whiff — but it’s worth every bite. (Tom can attest to that. He’s had three and we’ve only been here four days!) What’s up with the name? It comes from the Breton words for cake (“kouign”) and butter (“amann”). This pastry is a specialty of Douarnenez and was first made in 1860. It tastes especially yummy served warm. 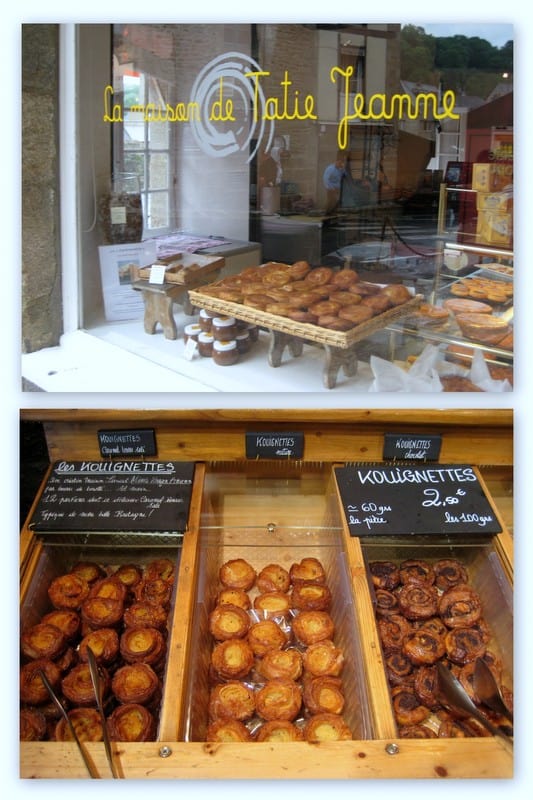 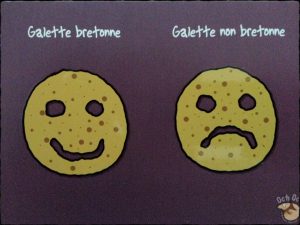 While you can find galettes and crepes throughout France, the famous “pancakes” originated in Brittany and are one of the most popular Brittany France food options. The quality here just seems to be better and more authentic, and as you can see from the picture to the right, a Brittany galette is a happy galette. The pic is from a postcard we bought yesterday and a galette bretonne just means that it’s the real deal, a galette from the region of Brittany. What are they? Galettes are usually eaten as the main meal and are thin buckwheat flour crepes of the savory variety. They’re filled with things like ham, cheese, salmon, sausage, eggs and more. For dessert, you can get a thin, sweet crepe with ice cream, whipped cream, fresh fruit and whatever else your heart desires.

A staple that goes with galettes and crepes, apple cider is a regional specialty (in Normandie as well) and is made from fermented apples. 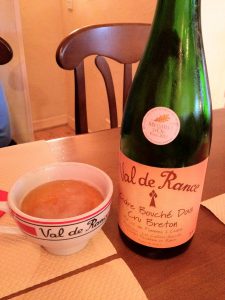 With an alcohol content of less than 4 percent, you won’t get bombed, but you will see what all the fuss is about. Naturally sparkling and tasty, this top Brittany drink is served in ceramic bowls and almost always warrants a second cupful. There are a couple of varieties of cider with cidre doux, a sweet cider, being my favorite. There’s also demi-sec and cidre brut, which is more dry.

The Brittany France food pic to the left was taken at a cute little creperie in Dinan, France. The cider received the Paris Medaille D’Or in 2011 and complemented our galettes perfectly. Artificial tasting? No way. Just real apples here.

Chocolate isn’t a Brittany France food specialty, but I’m listing it here because we found a great chocolatier in Dinan, France yesterday called Johann Dubois. They sold all types of jams, macarons, caramels and, of course, chocolates. Could we resist? Of course not. Eight euros and a little plastic sachet later, we were in heaven. 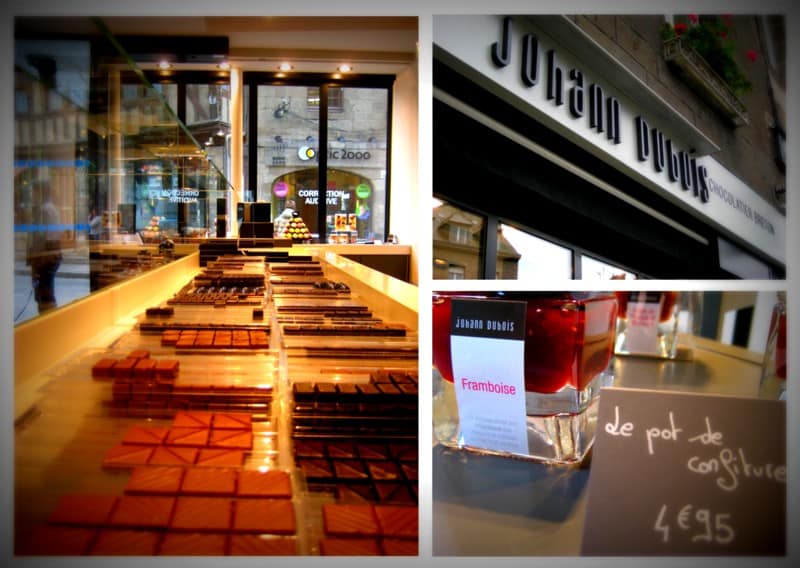 So next time you’re traveling, remember the old adage. When in Rome…

Pics of the month December: Christmas week in Brittany, France