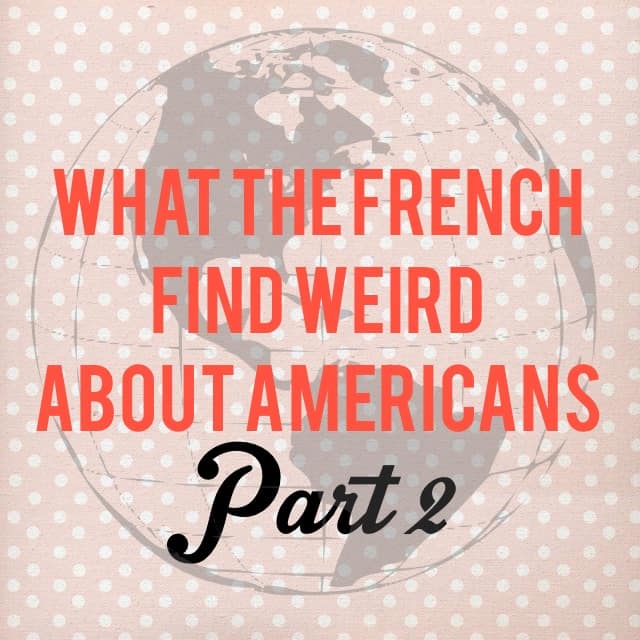 The longer I live in France, the more I realize that we’re a weird bunch. OK, Americans aren’t weird. We’re just different. Well, we’re a little weird too. Or at least by French standards. Want to know what the French find weird about Americans?

What the French find weird about Americans – Part 2

This is such a big topic that a Part 2 was just waiting to come to life. I wrote installment #1 on what the French find weird about Americans here but I just had to add more to the list. This is all in good fun and of course I don’t think you’re weird! Well, not weirder than me…

We don’t use the metric system.

Before moving to France, the U.S. system of Imperial/customary units made so much sense. I knew how many feet were in a mile and how many inches were in a foot. Gallons and cups and yards were my friends! But then I got up close and personal with the metric system and it just made more sense. 100 centimeters in a meter. Logical. 1000 meters in a kilometer. Makes even more sense. Our U.S. system is baffling to foreigners and it took moving to France for me to realize that.

Our cars are huge.

I’m as big a fan of a giant GMC or Cadillac Escalade as the next guy but unless you regularly cart around a family of 8 or loads of equipment, do you really need such a big car? Maybe, maybe not. Keep in mind that gas in America is much cheaper than it is in France. Roads are bigger. Parking spaces tend to be bigger. People are bigger. To each his or her own. Choice is a beautiful thing. 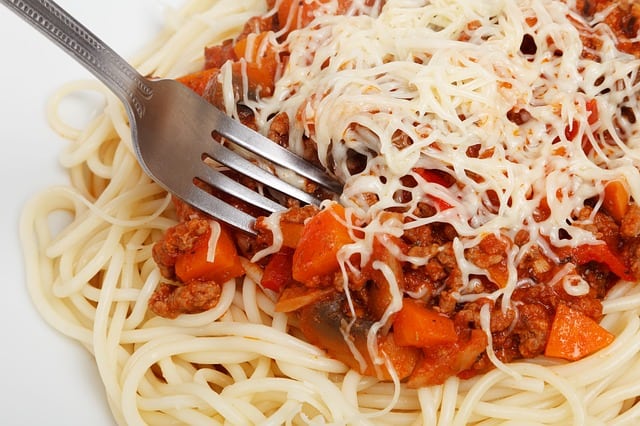 Portion sizes at restaurants are gigantic.

American portion sizes tend to be much larger than restaurant portions in France. But we are allowed to ask for a doggy bag in the U.S. (not so most of the time in France) and it’s even welcomed at family-style places like Maggiano’s, which makes the next day’s lunch easy. Aside from restaurant portions, just regular sizes of things seem to be smaller in France. A carton of Tropicana juice is rarely bigger than a quart and even the large bag of chips here seems small and you’d have to buy four bags just to have enough for your party. A large anything here seems to be a medium by U.S. standards.  So are Americans weird for wanting bigger sizes? No, but it is what we’re used to and sometimes larger sizes do come in handy!

We tip (for everything).

Tipping is something ingrained in the American psyche. We know that tacking on 15-20% when we go out to eat is the norm. We know that a bellhop deserves a few bucks when he helps with our luggage. At Christmas, our hair stylist certainly warrants a bigger tip as a thanks for her great work throughout the year. But in France? Tipping culture is majorly scaled back and you don’t leave a tip at the hair salon or for the bartender.

Hugging is completely foreign to French people. Don’t attempt it. Instead, faire la bise. A simple cheek kiss — or 2 or 3 — is the norm and not these drawn out, full-body bear hugs complete with pats on the back. 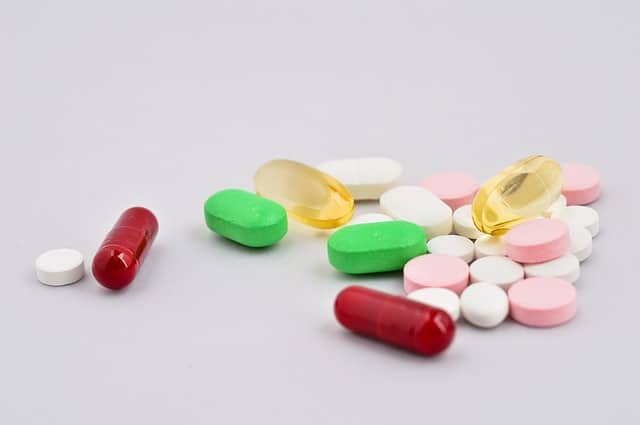 In the U.S., drug advertisements on TV are really overbearing. Seeing your medication on TV is just like picking a brand of potato chips. You watch the commercial and maybe it’s something you want to try so you go out to the store (or in this case doctor) and ask for the brand you’re looking for. On our last trip back to the U.S., Tom and I got a kick out of the same commercial that would play at every commercial break for some drug we’d never heard of. By the end of the commercial, that rattled off about 100 side effects, it had us convinced that dealing with your actual illness was better than taking this drug. In France, drugs are cheap in most cases and the patient doesn’t tell the doctor about what drug he’d like to try. You’d never see Big Pharma advertising on TV in France.

Part 1: What the French find weird about Americans >>

What else do the French (or foreigners in general) find weird about Americans?