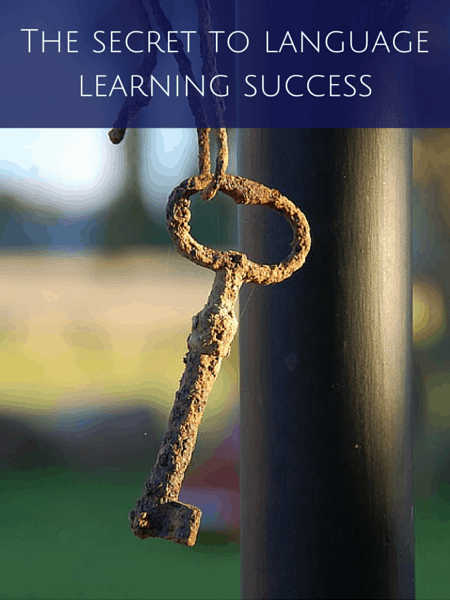 Learning a new language can be a humbling process. And time consuming and frustrating but also rewarding and fun. Depending on your goals and how much time you have to learn a language, it may take a while before you get to a point where you feel comfortable conversing with others. But no matter where you are now and where you’d like to be in the future, there’s a secret to language learning success. It’ll help you to look like you’re better at a foreign language than you actually are. Here’s the secret to looking like a pro even when you’re not.

Let me flash back to a class at Alliance Francaise in Montclair, NJ, back in 2009 before moving to France was even on the horizon. I took casual language learning classes just for fun in a small group setting. One of the guys in my class came across as a pompous jerk, always bragging about his time in Belgium and travels and this and that. He would laugh at others’ mistakes (yet was blissfully unaware of his own) and act like he ruled the world. He loved telling us about his time living in A LA BELGIQUE. He must have said it three times.

But guess what? I barely noticed his error (it’s en Belgique for the record) because when he spoke, he did so with confidence and an air of, “I’ve got this, listen to me!” He didn’t stumble or fish for conjugations. He just said something and went with it — confidently.

Because of that, we barely noticed his errors! Now in his case, his confidence crossed over into arrogance but that’s beside the point. He spoke up, he was focused and he tried. He rarely got flustered or fed up by his mistakes and just kept on pressing forward. I called Tom that night after class and told him about the confident guy in my class and he assured me I spoke better than that guy but I just lacked the confidence.

And I’m telling you that a simple mental switch makes all the difference.

What I do when I don’t understand French >>

But that doesn’t mean you won’t make mistakes. You will and I’ve regaled you with all my language flubs — it’s only a normal part of learning.

The secret to language learning success is CONFIDENCE. Own it!

Among others. And a lot of hard work.

Yes, that little fire from within that will give the outward appearance that you’ve got this, that you’re sure of yourself and even a little proud.

Even if you’re not confident or are working on it day by day, fake it. Sometimes acting confident will lead to actually being confident. Really. Depending on the day, you may feel fed up or defeated but harness whatever energy you’ve got left and funnel it into as much confidence as you can muster up. Stand up tall with your shoulders back and head held high.

Maybe you’re not confident with pronunciation, comprehension and grammar but give yourself a mental compliment on something and notice how a little confidence goes a long way. Tell yourself to be confident because you have every reason to be proud of yourself!

You’re trying to learn a new language, better yourself, expand your horizons and DO SOMETHING positive. Why SHOULDN’T you be confident about all that?

So forget about the grammar mistakes and the pronunciation errors when you’re learning a new language and force yourself to be confident in your abilities. Yes, you’ll still make mistakes but be proud of how far you’ve come and speak with authority. Like you know what you’re doing. People will believe it, trust me! And they won’t even notice the mistakes if you seem confident.

Not there yet? Fake it until you make it!

Hilarious roundup of expat language flubs for your entertainment >> 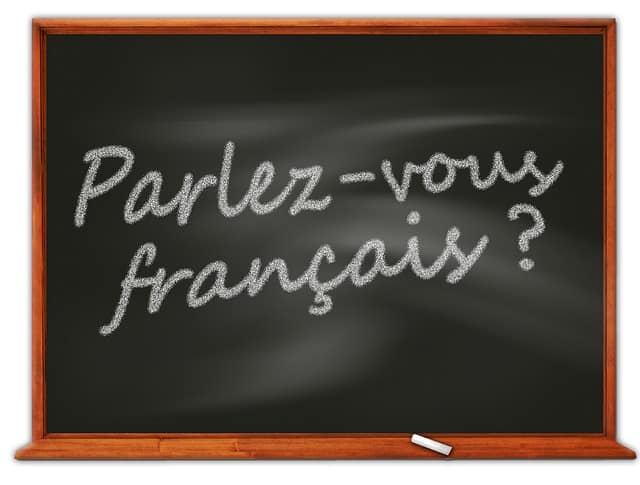 The worst things you can do when trying to learn a foreign language:

Of COURSE if you’re barely audible, mixed with an accent in a loud place like a restaurant, you’re going to get asked to repeat yourself. Sometimes just repeating yourself in a crowded public place is unnerving enough to make you mess up more. So just act confident from the get-go and proudly speak up — mistakes and all. What will people remember about you? Not the mistakes, but the fact that you were natural and unafraid to try.

Let someone else always do the talking.

I’m guilty of this. When Tom and I would go places shortly after I arrived in France, I’d always push him in front of me and make him talk. I’d tell him I don’t want to broadcast my arrival at a restaurant with my accent in front of all the other diners. Or ask a question when there’s a big line, afraid I’d mess up the gender of a noun. How mortifying! No! It’s not. What’s mortifying is never trying and never having the opportunity to appear confident. One day, Tom just said no. No more, Diane. You’re talking. I’ll be here for support but you’re asking for a table. You’re ordering the meat at the butcher. You’re asking for sliced whole wheat bread and two croissants.

So the first few times it was nerve-wracking, but I learned to just roll with it and appear confident. I’d swing open the restaurant door, march right up to the hostess and proudly tell her I’d like a table for two in a strong, authoritative voice so I’m sure she’d hear me. I was confident and that’s because I made the effort to try and stop hiding behind Tom. Now I don’t even think twice about speaking up and proudly broadcast whatever I need.

Focus on everything BUT speaking.

If you bury your head in a grammar book, only watch TV in that language and practice writing, you’ve forgotten one very important part of learning a language — speaking! You have to talk to get better no matter how many hours you put into doing everything else.

Let’s take a woman at my gym, for example. I found out she’s been taking English classes for a while now but when she tried to speak to my dad, nothing really came out. She could barely string a sentence together despite being able to write pretty well in emails. If you focus on everything but speaking, it’s going to hinder your progress. Don’t wait until you’re perfect to try. Find a language partner and start building your confidence while speaking the language. It doesn’t take long to make real progress — which will give you a major confidence boost.

So fake it ’til you make it. It works!

Do you have a secret to language learning success?

What to do when you lose French language learning motivation

« No, the grass is not always greener
Part 2: What the French find weird about Americans »