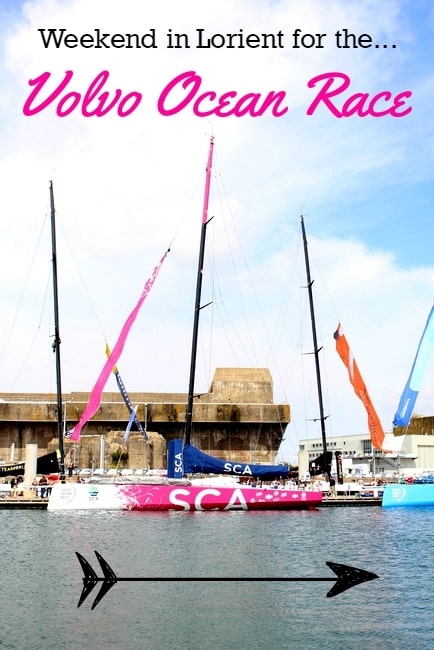 Before moving to France, I had lived in and around New York City my entire life and that spoiled me. Something fun was always happening in New York so I found myself having no shortage of things to do. Flash forward a couple of years to living in France and all the big events are in Paris or London. Not exactly convenient. So when I realized that the Volvo Ocean Race was hitting the Brittany port of Lorient in June, I knew I wanted to go. Tom, Dagny and I headed to Lorient for the weekend and thoroughly enjoyed ourselves.

I’ve told you many times how Brittany is one of my favorite regions of France and you don’t have to ask me twice to hop in the car and drive a few hours north.

We’d never been to Lorient before and learned it’s the fourth largest Breton agglomeration with over 205,000 residents. Famed for the Interceltique Festival every summer, Lorient is a lively town whose geographic location makes it ideal for transoceanic races. With 1200 meters of coastline and 24/7 harbor accessibly as well as a natural harbor shielded from swells and prevailing winds, Lorient is home to many sailing businesses, an ocean racing center (converted submarine base from WW2) and a sea-related tourist infrastructure.

Basically, Lorient is where you want to be if sailing is your thing. 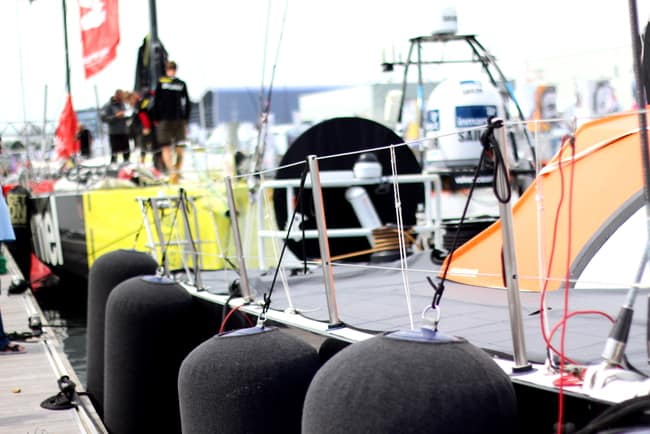 One of the most challenging crewed races in the world as well as the largest and longest, the Volvo Ocean Race consists of 7 sailing teams that go on a world tour with stopovers on 65-foot One-Designs. The 9-leg race takes place every three years (used to be every four) and lasts 9 months. Each team has 8 team members and Team SCA (women’s team) has 11. There’s also one non-sailing multimedia reporter on board. Nineteen nationalities are represented overall. 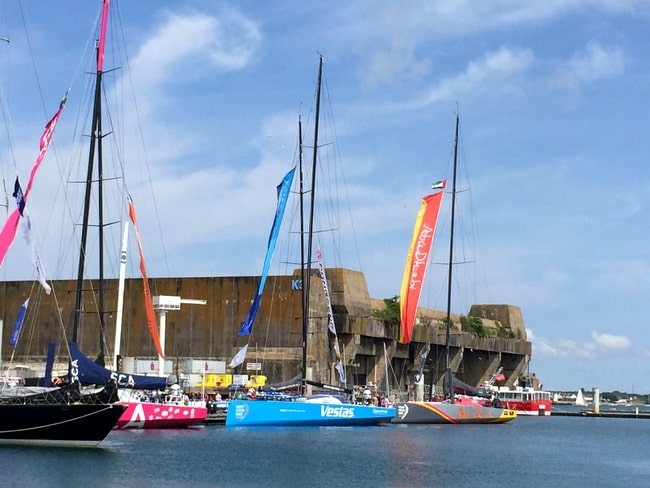 As we walked along the dock admiring the beautiful sailboats, I couldn’t imagine living on one for 9 months with a handful of teammates (plus the non-sailing reporter, their GoPro images are all over Instagram and are stunning). The boats are 65 feet long but I couldn’t help but think how small that is in the middle of the ocean. All of the sailing teams have my utmost respect and admiration. 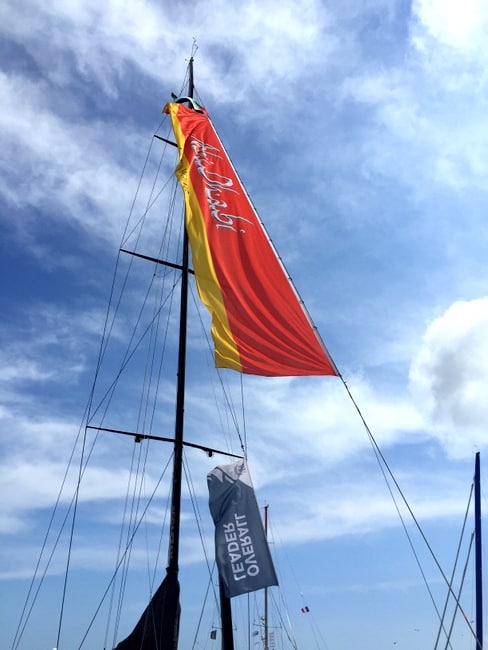 What’s going on in Lorient?

The port is transformed into a race village with all kinds of land and sea-based events including concerts, demonstrations and sponsor events. There was a 5k “Color Me Rad” race on Saturday as well as marine auctions and an airshow. 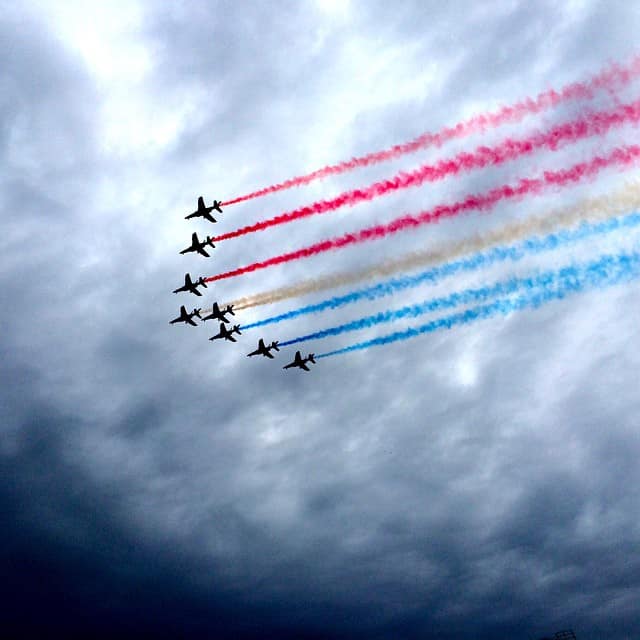 We spent Friday afternoon taking everything in and admiring the racing boats from the dock. A highlight of our afternoon was when we were able to go out on a small sailboat for an hour and try our hand at being a skipper. We didn’t do too bad but I think I need a few more lessons. ;-)- 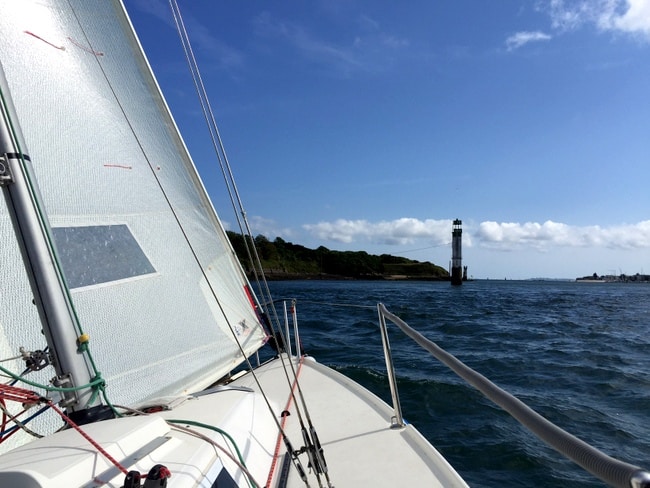 More on Lorient and the in-port race coming later this week….

How was your weekend?

Our weekend up near Vannes