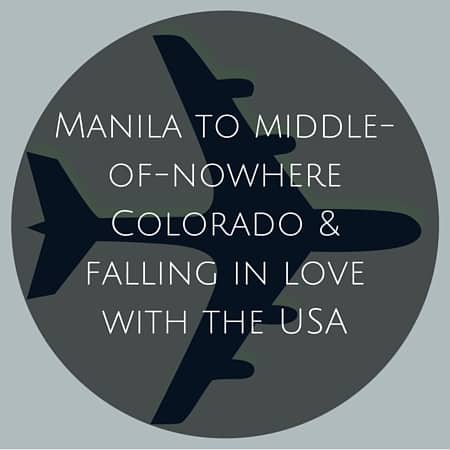 Hello there, today I have a guest post coming at you from a reader named Gabriel, originally from the Philippines. He graciously wrote the following piece for my readers where he tells us about being uprooted from a bustling city to the middle of nowhere, being the new kid and adapting to a new culture. He doesn’t have a blog but show him some love in the comments please!

When I was 14, I moved from the bustling streets of Quezon City in the Philippines to small town Montrose, smack-dab in the middle of nowhere in Colorado, USA. Now, what’s a city kid with a spoon in his mouth doing in the mountains of the Western Slope? So begins my tale.

Accompanying 14-year-old me was my dad. Dark-skinned, exotically accented and rugged from years of traveling the world, he would be my only companion for the next year. You see, my family was never really “complete”. As is common in Filipino families, my dad worked abroad. He was a civil engineer, frequently contracted by American companies, who in turn, were hired by the US government. His work often had him trotting around the world; from beautiful beaches in Diego Garcia, to the diamond-in-the-rough city of Dubai. Although he was abroad for a portion of my childhood, he was always working hard to give my family a comfortable life. This arrangement of events began when I was only four-years-old. Ten years later, my father was offered a job in Colorado. My father knew that it was the perfect time and place to settle down. For the first time, our family would be together. I was the first in my family to go with my father; we volunteered to test the waters of this country. The following year, my sisters and mother followed.

Growing up in the capital of Asia’s fastest-growing country, I was accustomed to the high life. I went to an elite private school, was raised with maids at my beck-and-call, vacationed in exclusive resorts, sprawled the massive urban jungle that is Metro Manila. Every want and every need was within easy reach. It was a massive surprise when I stepped foot out of Montrose Regional Airport. Montrose, Colorado was every bit a slice of smalltown America, a little mountain town, nestled in the snow-kissed peaks of the San Juans. With a population of roughly 19,000 people, Montrose is a grain of sand in a desert. Instead of malls, there were rolling hills, crusted with rocks and dusted over with sand like cinnamon. In exchange for skyscrapers, I received mountains. For a city kid like me, this stuff was alien. Everything that I grew up with ceased to exist in this part of the world. For a moment I thought I made a grave mistake. But I didn’t spend 26 dreadful hours worth of travel just to run back crying for the good graces of a shopping mall. While I was busy trying to pull myself together from this nothingness, a faint smiled held my cheeks taut….

This could be interesting. 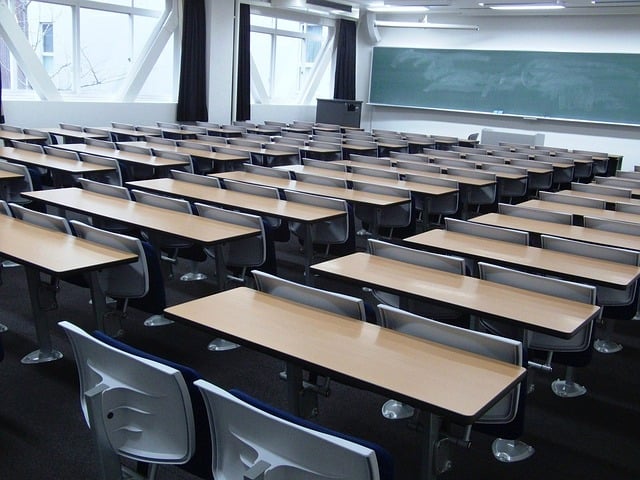 High school was the main event of this shindig. It was like waking up one day and finding out that you’ve been stuck in some…..The hallways in American high schools definitely look like they do in the movies or TV shows. I was almost the entire school to suddenly break out into song-and-dance ala High School Musical.. Imagine this; you’re the new kid in a town where everyone’s been friends since kindergarten. You’re also the only Filipino. Oh, did I mention they don’t know where the Philippines is located? I spent an entire period sitting in a chair propped up in front of the class entertaining questions that would no doubt leave any immigrant or expat incredulous over the American educational system. “Did you have electricity where you’re from?”, “Did you have a phone? What about a TV?”, “Do you know what the internet is?”, “Did you have running water?” Oh boy, this was going to be one hell of lecture.

In their defense, many of them are actually pretty sheltered. As this little Q-and-A session continued, I realized that a good majority of my class have never even left Colorado. They weren’t so much as ignorant but rather very curious about the world beyond the sphere they were raised. To them, I was a stranger from an exotic land, and it caught their imagination. In turn, they helped me adapt to this new place, and eventually, I became one of them. Kinda.

There were a few moments where I stood out like a sore thumb. There was this one episode during class that clearly demarcated who I was and who these Americans are. A teacher had asked a question that I knew the answer to, and likewise, I raised my hand to answer it. But I did something that left my classmates confused: I stood up to speak. In the Philippines, we were taught that when we are being spoken to, we are to stand up to respond. This type of courtesy was drilled into me, and it was second-nature for me to stand up during class. I don’t know what happened next; I was too busy trying to process why people were staring at me.

Going to an American high school was just one part of the entire deal. One of the greatest mysteries to many people in Southeast Asia is snow. As a child, I always wondered what it was like. How it must have felt like to let your hand sink in a mound of fresh snow. To roll up a snowball in your hands. To lay in a field and press angels onto it like cookie cutters on dough. It was a mystery no longer as December rolled in, bringing with it my first experience with winter. To the Filipino, Colorado is cold yearlong. Sure, there were melting summers, but it was always cooler because of the altitude and ever-present winds. I spent that particular night as usual; tucked in a burrito blanket, decked in joggers and a pullover. As per the daily routine, my sister was on Skype, sharing her latest escapades in Manila. It was getting late in Montrose, and I decided it was about time to call it quits for the day and go to bed. Just as I opened my mouth to say goodbye, my dad calls out to me from the living room.

As the next two years went by, I soon found myself deeply in love with the United States. I loved the feeling of being surrounded by mountains everywhere I look. I love the feeling that I could strike up a conversation with anyone on the street. I love Americans and their innate friendliness and optimism. I loved the feeling of walking through an American high school, thinking to myself, “My god, it’s just like in the movies!” Alas, eventually, I had to leave the United States for college. While I was excited to come home again, I was just as devastated to leave Colorado as I was when I the Philippines. My life in the States was the happiest I’ve ever been so far, and I would do anything to go through the experience again.

New York, New York: The same place I love except for one thing

A French perspective: Surviving my first couple of months in the USA

The France I love