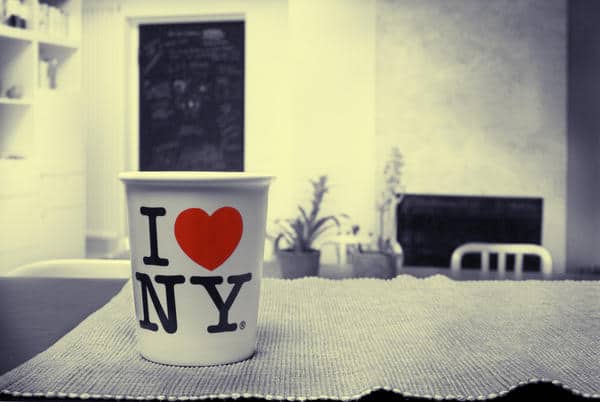 New York City holds a special place in my heart — my college years, where I met one of my best friends, Giana, where I first lived on my own and where I first met my husband, Tom — and more. I’ve been away from New York for quite a while now but am so thrilled that I was finally back in the area for my brother’s wedding. The city I love most in the world welcomed me with open arms, and with every cab door slam, Starbucks run and subway ride, I knew I was in for a treat!

But what had changed in my time away?

The A train approached and the din of the crowded subway platform faded away to be replaced by the screeches of the approaching train, and it was in that moment that I realized New York was the same city I once knew — yet something had changed. But I couldn’t quite put my finger on it.

Everything I had remembered looked more or less the same. Some new places have popped up in my old neighborhood around Wall Street and others have closed. My old office building seemed to wave at me and even the same security guard policed the lobby. The New York air felt familiar as I breathed it in and I felt energized to be back in my city. The tireless energy surrounded me and it was like I had never left.

But I did leave. And something had changed. I don’t live there anymore, and on this trip, I felt like a tourist.

Snapping photos, revisiting sights I often took for granted on my hurried commute to work and just taking in a city that I once luckily got to call home. For years! Thankfully, the New York I knew was still there and had done just fine without me. And on the flip side, as I stepped onto the subway train that day — the last one for a while — although I was so happy to be back, I realized that I’d done just fine without New York.

Have you ever returned to a city that you once lived in? What changed?

P.S.: Sorry for the slight hiatus!! It was a crazy week last week but I’m now back in France.

When are you coming home?