Do you believe in ghosts? If so, do you think it’s possible to take a picture of one? I personally do believe in ghosts and spiritual beings, but I’d never taken a picture of one… until last month when I was out filming a couple of videos on Loire Valley wine for my YouTube channel and my husband snapped a curious shot… So let’s get to it. Tom and I were in Noizay, France, visiting Cathy and Nigel of Le Tasting Room when Tom decided to have a look around the neighborhood. It’s an area known for its troglodyte formations and things got a little weird. It wasn’t until 10 p.m. that evening when swiping through photos we’d taken that day that I noticed something out of the ordinary. I think we took a picture of a ghost. For real. I’m going to start this story from the beginning and show you the photo. Let me know what you think!

Haunted pictures: Did I take a picture of a ghost? Do real ghost photos exist? 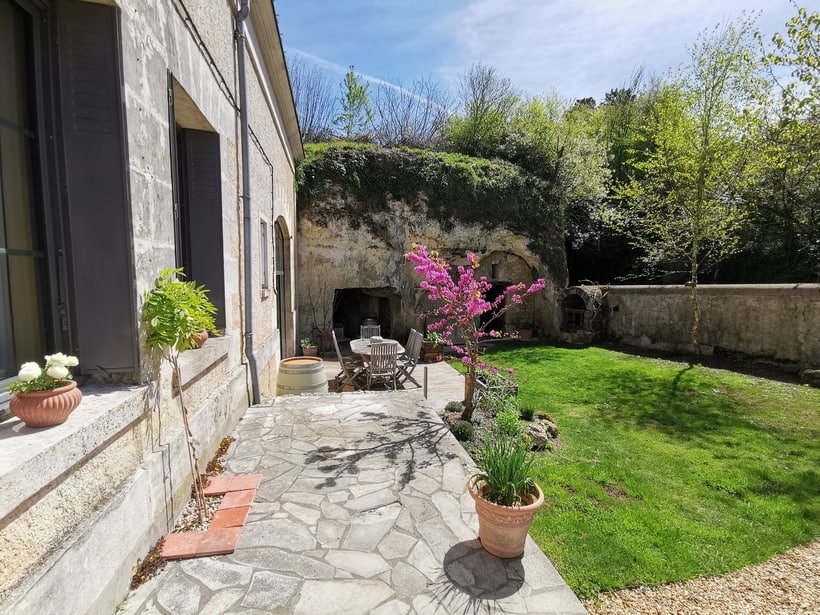 Last month, Tom and I spent the day with Cathy of Le Tasting Room in Noizay, France, which is not far from Tours in the Loire Valley. The area has many troglodyte dwellings and part of Cathy’s house is a troglodyte cave. That’s her house above.

Here’s a little more information about the troglodyte dwellings if you’re unfamiliar with them. They’re very old homes dug into the rocky natural landscapes. EuroTunnel explains, “Historically, the caves were used for places of residence by the Loire Valley’s less wealthy inhabitants. They are beautiful cave-like houses, carved into tufa limestone cliffs, and were used for hundreds of years by local dwellers.

You can find many examples of the caves throughout the Loire Valley, and most of them are still used today. The location and material of the caves mean that they’re often used for storing wine, with rooms staying cool in the summer and cosy and warm in winter.”

Let’s get to the ghost photo story.

After lunch when we had some downtime, my husband Tom decided to walk around the property and surrounding area by himself a little bit. It was a beautiful sunny day. I was busy inside setting up for our video and I wasn’t even aware of Tom’s walk around the area or what I’m about to tell you until late in the evening once we were back home and I discovered the ghost photo.

So while sitting next to me on our bed back home at around 10:30 p.m. that night, Tom told me the whole story of his walk. He explained that there was a small road that ran alongside Cathy’s property that he noticed when we parked our car. He said it looked like there was an interesting house down the end, so he decided to go check it out.

At the end of the path, he came to a clearing. It was a circular type of area up above that had small uninhabited homes all around that Cathy later told us are used for wine storage. You can see the opening of the rock formation and the sky in the photo below. 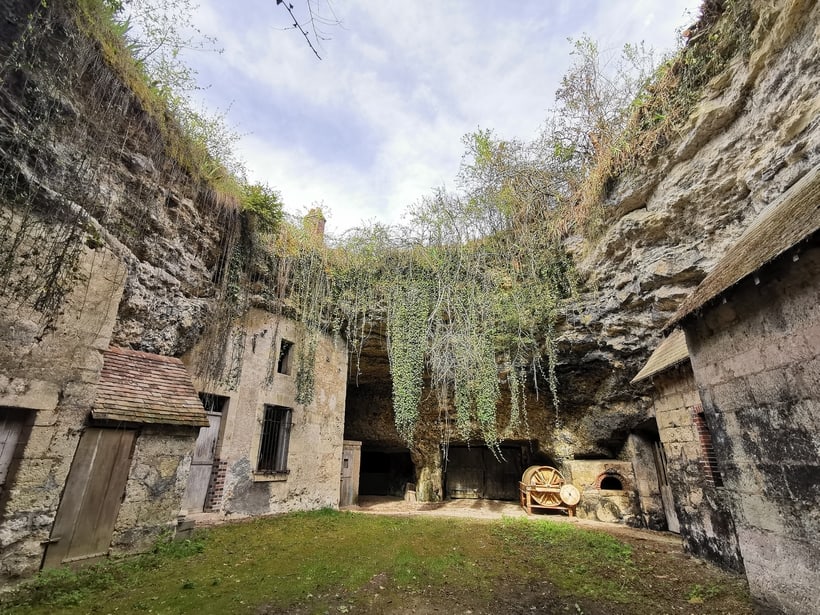 Upon reaching the clearing, Tom said it immediately felt several degrees cooler. This makes sense because the caves act like natural air conditioning. It feels great to sit in a troglodyte house in the summer when temperatures rise. He also heard a weird sound coming from behind the gate of one of the houses.

Tom walked toward it thinking maybe it was someone moving their wine crates around or an animal of some sort getting into trash. Since it’s private property, he couldn’t open the gate but just peeked over it and didn’t see anything.

There was no one around and the area was deserted and a little eerie, so he snapped a few photos in quick succession and then walked back to Cathy’s house just a short distance away. We continued our video shoot back at her house and drove home that evening. He didn’t think anything of his afternoon walk, and as I said, he didn’t even mention it to me at the time.

That evening, I was looking at Tom’s video and photo footage from that day so I could download what I wanted to use for my videos. He hadn’t looked back at anything on his phone from that day. While swiping through his camera roll, a photo stopped me dead in my tracks. I called him upstairs to give me the details that I’m explaining in this post.

He told me he took the two photos below only seconds apart. He had just gotten a new phone, a Huawei P30, days prior and was learning all the settings. On regular, unaltered camera mode, no special app, and no editing or post-production of any kind, here’s the first photo he took of the area. Totally normal, nothing supernatural: 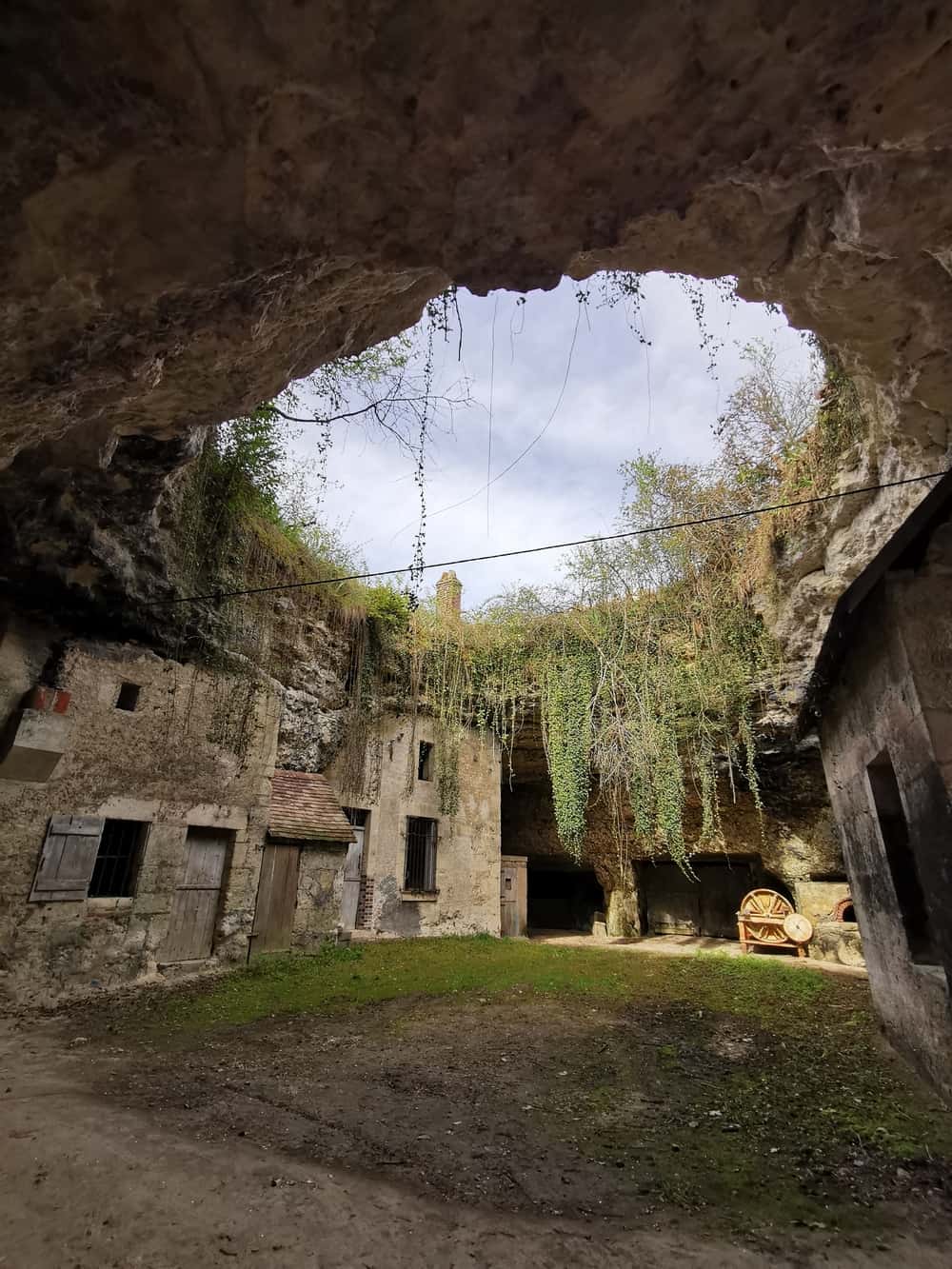 Haunted Photo 2: Do you see the ghosts?

Now look at the exact same shot taken seconds later with the same automatic camera settings from the same spot and angle (again, no editing of any kind) WITH the strange entities that I’m calling “ghosts”: 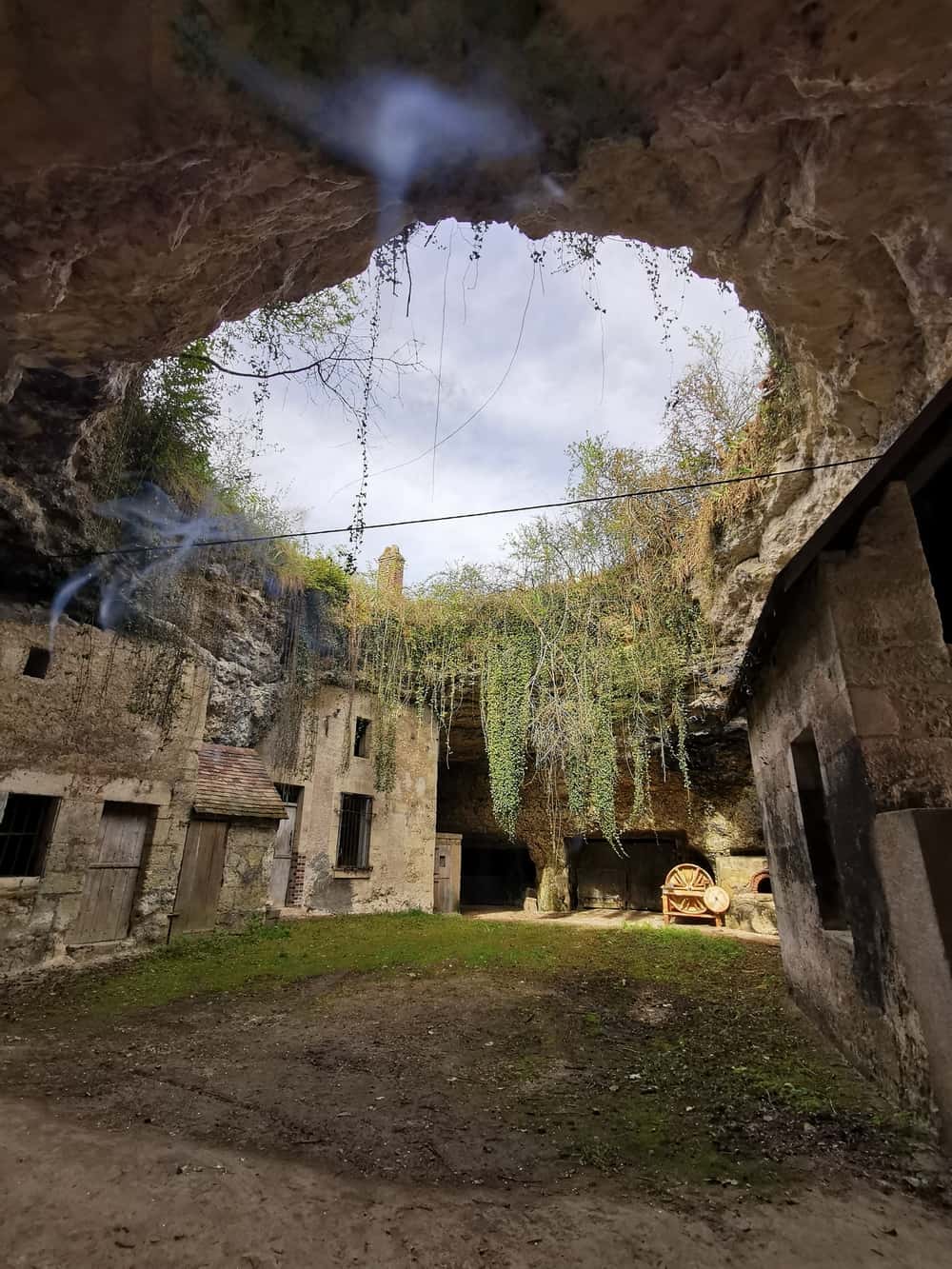 Do you see what I’m seeing? I 100% believe that capturing ghosts in photos is a real phenomenon. What else could it be?

Tom assures me that he saw nothing with his naked eye in the moment. He said there were no bugs or birds or any type of floating debris in the area and of course he said he didn’t see any ghosts. Yet there’s something in that photo. Do you see the light purple/white floating things the phone captured? It looks like they have wings, almost like a Tinkerbell type of entity.

Any ghost hunters out there? Maybe I should go back to the area… If you are a ghost photo expert or know of someone who might be able to tell me more about the photo, feel free to share this post with them and give me your input. Also, all of the ghost story images are sized for my blog but I have the hi-res in case anyone wants to take a closer look.

Readers, do you see it? Did Tom take a picture of a ghost? Is there a logical explanation for what we see in the above photo? Have you ever seen ghosts in photos like this? Tell me about your real ghost stories in the comments! 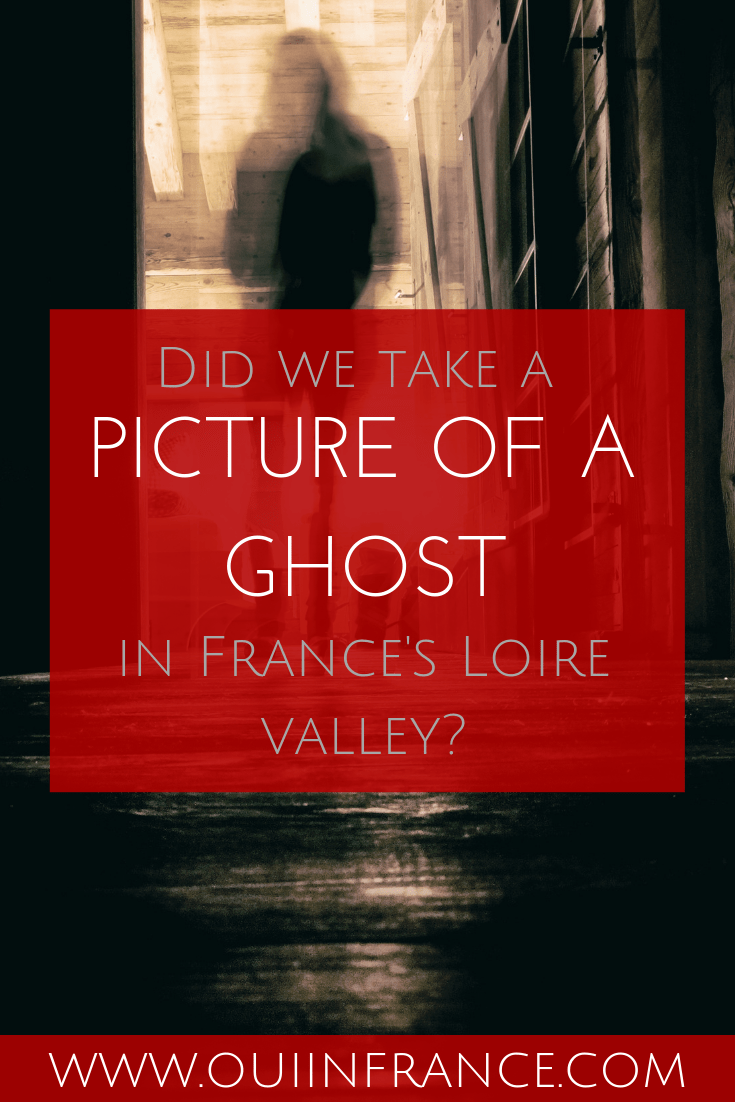 Spending the day with an organic winemaker and wine expert (VIDEO)