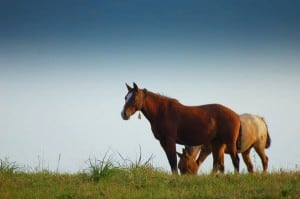 Do they eat horse meat in France? Yes, yes they do. It pains me to say that in all honestly, I’ve probably eaten horse before – but not knowingly. For me, a horse is a domesticated animal and not something I’d willingly consume. But the recent Findus scandal in France has me wondering about what’s really in the foods we eat…

Do they eat horse meat in France?

You’ve probably heard about the Findus debacle that’s been all over the news as of late. The UK food giant is in hot water over some of their offerings which actually contained horse meat instead of beef. This all came to light after Irish food inspectors found horse meat in a bunch of “beef” burgers in UK grocery store chains. Digging deeper, horse meat was discovered in Findus products in France as well. In fact, their packaged lasagna in France apparently contained over 60 percent horse meat! Yikes! 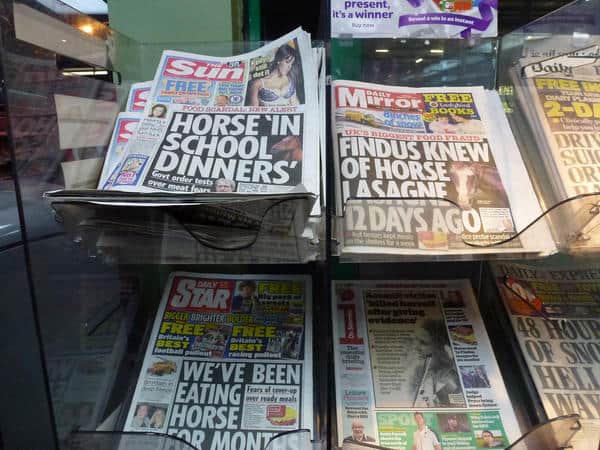 In some countries, eating horse meat is totally normal and I even see it from time to time in French supermarkets right next to other meats.

But do they eat horse meat in France? Willingly? Yes.

Just the other day, I saw horse steaks right next to the beef and pork. It was a holiday offering, but still. It’s available and normal.

That said, I wouldn’t consider horse meat a mainstream dinner option in France for everyone. And most definitely not in the US. Horses are pets in American culture and are beautiful animals to be revered. Eating horse meat just doesn’t sit well with me and that’s likely to never change. 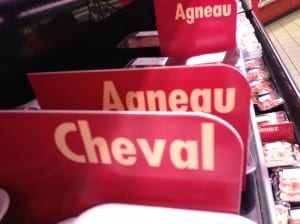 While we’ve been assured that the horse meat in the Findus scandal isn’t posing any health risks, that’s not the point. Consumers were duped into eating horse meat! Food labeling regulations require that a product’s label must be correct and NOT mislead the consumer.

So whether you’re into eating horse meat or not, the issue is that the consumer had no clue what they were actually eating. The scary part? Findus probably isn’t the only company that’s mislabeling their products.

So Findus, I hope you get your act together and work really hard to regain consumers’ trust. Without that, you have nothing. And right now things aren’t looking good… I’ll never buy anything from you again.

Tell me, would you eat horse? Have you already? Why/why not?

Where to buy egg whites in France?

« Is it time to move?
It strangely feels like home »