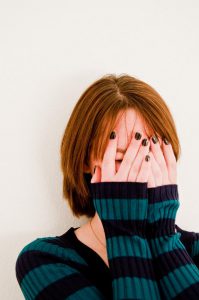 Anyone who has attempted to learn a foreign language has made their fair share of mistakes, but when you live abroad and are forced to speak that language on a daily basis, the language flubs just keep on coming — some more embarrassing than others. I like to think of them as a form of entertainment and have asked my readers to submit their best language mishaps from expat life or travels abroad. So whether you’re an expat yourself or just someone who likes a good read, this post is for you because we can all relate to FUNNY!

Warning: The stories that follow might have objectionable language and content that’s lewd, crude and not for your grandmother. If that offends you, stop reading now!

Otherwise, please click here to continue and get ready to laugh!

First, thanks to everyone who submitted a story. I really appreciate your participation! If you’d like to submit your own story, feel free to do so in the comments section at the end!

(Curious about my expat stories? I wrote a whole language flub post on my mistakes, so check that out too.)

Mushy does not mean mushy

From Mike, an expat in Germany:

The first time I was in Germany as an exchange student in 2004, I came knowing no German. Needless to say, it was a slow, hard start full of lots of mistakes. On a school trip, while the class was eating one night at an Italian restaurant, I ordered bruschetta which came a bit mushy. To which I proclaimed, “Das Brot ist ein bisschen… Muschy.” Horrified looks and lots of laughs followed. Of course I thought that everyone was laughing at my German or in this case Denglish as I didn’t know how to say mushy in German and used the English word. Then someone asked why do I think the bread is… vagina?! Needless to say, mushy does not have the same meaning in both languages. Ha-ha! 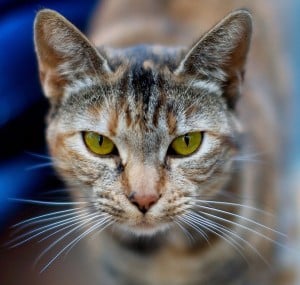 From Elizabeth, a Canadian expat in Scotland:

When I first moved here, I was working in a gift shop which sold all sorts of novelty things. I’d been invited to attend a party at a stranger’s house and they had a lovely cat named Moggie. Moggie and I were quite attached to each other for the evening. A few days later at work, we received a shipment of cat-themed giftware with the name Moggie written all over it. The cat’s owner (who I didn’t really know well) happened to come into the shop that day and I was so excited to show her this cat merchandise personalized with her cat’s name. She looked at me like I had six heads and said, “Yea, great” and left. It wasn’t until some months later I learned that Moggie was Scottish for cat! I was so embarrassed!

My bro is a beauty

While not an expat, I’ve worked most of my professional life providing health insurance to them. Regardless, long ago I was fortunate to travel with my airline pilot brother. I had just graduated high school and thought I was very debonair with my stuttering high school command of the Spanish language. We arrived on the island of Tenerife, an island near the coast of Spain. While checking in to our hotel, I repeatedly referred to my brother as “mi hermoso.” I was greeted with smirks and puzzled looks and snickering staff. After about 10 minutes of them looking at me as though they wished I would just go away, it finally dawned on me… I was trying to say “mi hermano.” My brother. Instead, I had been referring to him as “my beautiful.” Uh, no.

From Emily, an expat in France:

I’ve been in France for a month now and recently learned I’ve been misusing the phrase “Je suis excitee.” I didn’t realize this indicated sexual arousal and had been using it in restaurants when I was (non-sexually) excited about the menu. It was brought to my attention when I used said phrase with my French tutor. Oops!

This story is from my boss who told me about a wine tasting he went to. The group was describing the smell of a particular wine, and it truly smelled like cat’s pee. A Japanese guy in the group was trying to describe it but he forgot how to say “cat.” He looked it up in the dictionary and exclaimed to the group, “It smells like a pussy.” Oops! 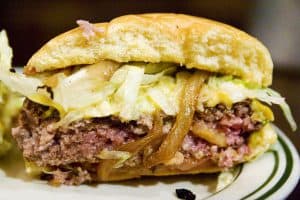 From David Santori of A Frenchie and the Yankee, a Parisian in the U.S.:

1. I had the most difficult time making the pronunciation difference between retarded and retired.
So all my grandparents were retarded until I saw the jaws dropping in front of me and understood what was going on.

2. Same pronunciation difficulties — I have been known to order a juicy booger at a burger place.

3. I’ve also placed an order for a lamb skank at the Whole Foods meat counter. Giggles!

4. Adding the letter S when not needed: spaghettis, homeworks, and saying that this noise would wake up the deads!

I’ll take a woman! A brunette!

From Tracy, who was traveling in Italy with her husband, Tom:

On a trip to Italy, Tom thought he could speak Italian so he asked the bartender for another beer: “una mora por favore.” The bartender, with a straight face, told Tom that he had just ordered a brunette. Tom’s response: “Sorry, I wanted a blond.” It was hilarious.

Sometimes the beach is a bitch

From photographer Carolina of CWR Photography:

When we were younger, and living in Miami (we had just moved to the States a few years before), my mom still had a strong Argentine accent when speaking. One day she was looking at houses to buy or rent and she asked the realtor to show her some houses on the beach… only she pronounced it on the “bitch.” The realtor kept looking at her like, are you crazy?? She finally figured it out. We always laugh about that one! 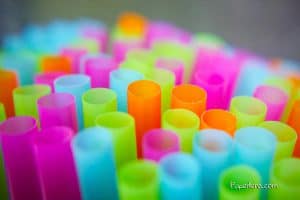 When I was younger, I didn’t really speak Spanish that well because I was exposed to so many different languages. So one day when we went to Argentina to visit family, I asked my mom out loud in front of everyone for a “paja,” but what I really meant to say was a “pajita.” Big difference: “paja” means to masturbate (I think I was too young to even know what that was), and “pajita” means a straw. I just thought the extra “ita” was a cutesy way of saying it (like a diminutive version) but it actually was a totally different word. FYI, in Argentina, we’re the only ones that say “pajita,” most other countries say a completely different word for straw. So it gets even more complicated.

From Mike who studied in France:

My mom made a major flub when studying in Aix. One day, while eating breakfast with her host family, she tried to ask her “mom” to pass the jelly. Thinking she knew the right word, she asked, “Est-ce que vous pouvez me passer les préservatifs?” She was embarrassed when she found out that she was asking for condoms. (NOTE: Jam is la confiture!)

From Claire of La Parisienne Temporaire who studied in France:

While I was working on a scene in my French equivalent to an Intro to Acting class completely in French, my professor asked me to do a small exercise which consisted of looking at one of my classmates who sat in the back of the room and calling him a bastard. The word for “bastard” in French is “salaud.” I’d never heard it before and I thought he said “salon” (translates to “living room”). Again, since I’d never heard it before, I said the closest thing to it that I HAD heard before, which was “salope.” So I entered the stage, looked at my classmate and yelled “SALOPE” at him. The entire room started laughing uproariously, and I wasn’t sure why. Once it was over, I looked up the translation for “bastard” and found that it was spelled “salaud.” I knew what I had actually said, and how it was spelled, so I did a reverse look up… now I knew why my classmates had laughed at me earlier. I had called the male classmade a “salope” which means “slut.” I didn’t call him a bastard. I called him a slut.

At a Brazilian restaurant, my dining partner was getting ready to order and selected an octopus appetizer, so when the waiter came over to take his order, he said “I’m going to go with the octopussy.” The waiter must have attributed what he heard to the noise in restaurant and asked him to repeat. Once again, “I’m going to have the grilled OCTOPUSSY PLEASE,” he said a bit louder. A woman’s eyes at a nearby table perked up. I kicked my dining partner under the table and through laughs said, “He means octopus.” The waiter smiled and left. I must say, he’s never made that mistake again since!

This same anonymous individual asked the salesman at the Disney Store for a “magic stick” for his niece and proceeded to describe it like “you know, that big long thing like this (shows with hands). It makes magic when you move it. Like with kids.” YIKES. He meant magic WAND.

What story was your favorite? Have you made any cringe-worthy language mistakes? Share your expat stories with me in the comments below!

Expats — I want your language flub stories for an upcoming blog post!

« Expat problems: When are you coming home?
Blogiversary: Oui In France is 1! A year in review »