Yesterday’s post about the beach mentioned a baguette vending machine and a couple of you told me you want to see a pic of this fancy machine that dispenses fresh bread at any hour of the day or night. Totally a must-have machine for every town, right?

When we think of vending machines, we typically thing of the snack-packed machine in the break room at work, in metro stations or other places where you need a quick snack or drink on the go. But in France, a whole new breed of vending machine exists. And it’s totally French. While not super common, you will see them here and there outside boulangeries on the sidewalk for after-hours purchases or when heading into the boulangerie just isn’t convenient. Baguette vending machines are becoming more and more popular and new ones are popping up all the time.

They can be installed indoors or outdoors in industrial areas, town centers and even campsites.

Voilà! Something you’d find only in France. Baguette vending machines are convenient and practical. Just swing by on foot or your bike when you’re in a pinch, pop in a few coins and fresh bread is just a few seconds away. They’re handy when the bakery is closed but also when it’s open and the line is out the door. If you just need a baguette and nothing else, baguette vending machines save you major time. 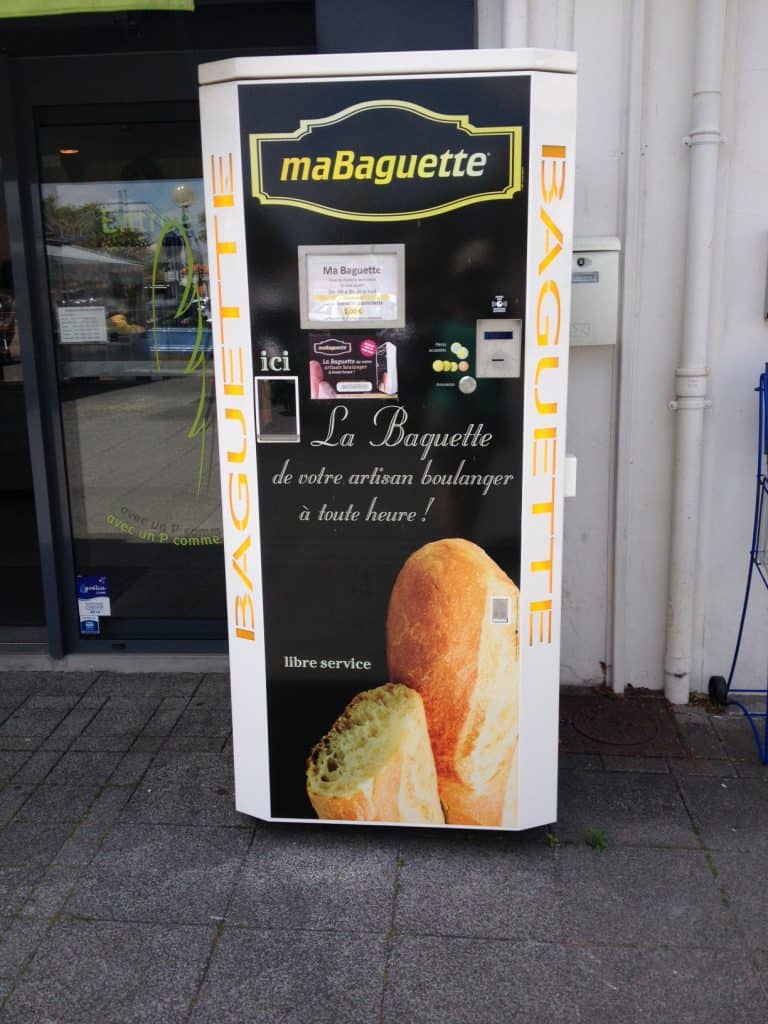 Here’s a short baguette vending machine in France video I put together from my town:

Have you ever had the pleasure of using baguette vending machines?

Check out this post on things you’ll find only in France (including a milk vending machine!) >>

11 Things I’d never seen or done until I moved to France: Part 2