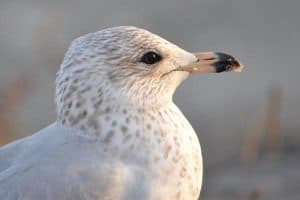 Learning a new language is a gradual process, and for me, just when I think I’m doing great, I’ll say something that gets lost in translation. Sometimes it’s weird and other times it’s hilarious, but it always reminds me that I still have a LOT to learn. English sayings are one area where a direct translation rarely works out well, so read on to check out a new infographic from iDBUS that will prove that a word-for-word translation might get you into trouble in French!

Ready to get lost in translation? GO!

Have you ever confused someone in a foreign language because you mixed up a word or saying? Maybe you were pretty sure that what you were saying was correct but after seeing the perplexed looks from those around you, you realized maybe you made a mistake. I’ll save my more embarrassing stories for another post, but I will share the one story that I won’t let my husband Tom live down.

It was shortly after we met and he was telling me (in English) about things he likes to eat. He kept telling me that it’s very normal for French people to eat seagulls and that they’re really good plain or even with bread. He was especially excited to tell me how great they taste eaten WHOLE on the barbecue. WHAT?? I became more and more horrified as he went on and wondered if there were seagull hunters and if it’s normal to see seagulls being killed on beaches or what. He told me they’re pretty cheap and you can get them in the grocery store.

He seemed confused when I said Americans do NOT eat seagulls and they are certainly NOT available in the grocery store!

Naturally, I asked some questions to clarify and he told me they came in cans and that you can swallow the bones and all. At this point, not knowing Tom that well, I figured he was one of those weirdo French people and started backing away. I finally asked him how to say seagull in French and he said it’s une sardine. Then, I realized the mistake. For some reason, he confused sardine and seagull in his mind (though sardine is the same word in both languages). Just a mental block. (BTW, a seagull is une mouette.) I was relieved to know that eating seagulls isn’t a common practice. But he did have me going for a good five minutes. And now every time we see seagulls at the beach, I ask him if he’s hungry. 😉

So when it comes to sayings, a direct translation might not always work (especially if you mix up one of the main words by accident). The sayings just don’t translate. The French have their own sayings that mean very different things. Here are some of the funnier ones, courtesy of iDBUS, a European bus company that offers affordable ways to get around Europe. Whether you’re traveling to/from France from the UK or elsewhere, iDBUS coach travel is worth a look and is a great alternative to flying or taking the train.

Now for the infographic with the French equivalent of common English language sayings:

Lost In Translation – An infographic created by iDBUS coach travel

You can also check out infographic here. And be sure to check out the iDBUS contest on Facebook going on now where you can win two tickets to Paris with iDBUS for telling your lost in translation story!

Have you ever tried to translate an English saying into a foreign language? Or maybe gotten some words confused? Tell me about it!

« Just be happy: Why only the now matters
A few pieces of home in my new home in France »