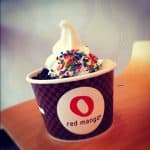 Frozen yogurt back in the States was one of my guilty pleasures. Actually, I never felt guilty at all. The creamy goodness of tart yogurt and all the toppings was a treat I indulged in quite often and never questioned driving 30 minutes or more to get my fix. I am in love with froyo, and when I moved to France, I painfully realized the French just don’t understand frozen yogurt.

In a country where hundreds of cheeses wave at you in every supermarket, you’d think the French would be able to figure out the concept of cheese’s dairy cousin: frozen yogurt. But no. Not yet. Or have they not been given the chance? The disappointing France frozen yogurt places I’ve been to are a sorry excuse for a Red Mango wannabe, so no wonder French people aren’t exactly raving about froyo.

Make no mistake, the French get regular yogurt, ice cream and gelato. There are lovely options all over France if that’s what you’re after. But quality tart froyo? Nooooooooooope.

While there are a few frozen yogurt shops in the south of France, I haven’t personally been to them. But I have visited two frozen yogurt places in Paris. They don’t even compare to the deliciousness of Red Mango or Pinkberry or Yogurtland or 16 Handles. Not. Even. Close. But hey, I’ll give them credit for trying.

– TINY with no seating for more than four people. No A/C on a sweltering day, which is odd even by French standards. The frozen yogurt at it mylk had no taste and was expensive to boot, in my opinion.

– MyBerry has a modern feel a la Pinkberry, but the yogurt didn’t taste like anything I’d ever want to consume again. Tart? Nope. Just not right. And the toppings didn’t seem fresh at all.

So Red Mango, open a France frozen yogurt franchise and my addiction alone will pay your rent. OK, so I am exaggerating a little, but I’m sure there are more like-minded individuals out there, tourists and otherwise, who would happily indulge in some quality frozen yogurt. Sometimes the sweet French treats just get to be too much!

For the concept of self-serve frozen yogurt to work in France, I think a franchise owner needs to consider a few things. 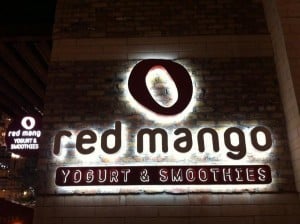 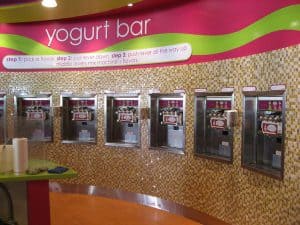 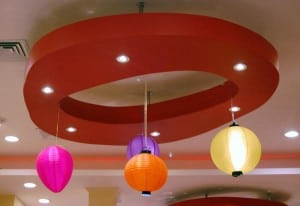 You think I’m passionate about France frozen yogurt? This post was the result of a year or more of withdrawal. Maybe I’ll start a franchise. Or at the very least, become a very satisfied customer when Red Mango opens in France. A girl can dream, right?

Any other frozen yogurt obsessives out there?

Monday Mishmash 1/25/16: A “spring” day in Nantes and a blizzard video

« What I do for fitness in France
Pics of the Month: January — Brittany »