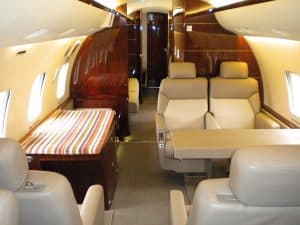 The first and only time I’ve ever set foot on a private jet was a few years ago at a regional airport in New Jersey – when the plane was still in the hangar. You see, a friend of mine worked as a private flight attendant for the CEO of a major electronics company and she was prepping for a flight to Europe. She let me come on board to see what it was all about. A few months back, Kate of TripLogic wrote a post that mentioned Jumpjet, a private jet membership, and it reminded me of that day in NJ when I got to see how the rich and famous fly.

Anyone who flies a lot on commercial airlines dreams of having their own private jet. From top-notch menus and service to no waiting around at the airport to tons of leg room and more, flying on a private jet seems like the ultimate luxury. Although I never left the ground that day in NJ, I saw enough to get the gist of the whole experience. And it was a good one!

So back to Kate’s post. I think I fell in love with Jumpjet after seeing what they are all about. It’s a private jet membership where you can fly like the rich and famous (but not nearly as costly as owning your own jet) and a company I would throw money at if I had enough to actually afford their service. Imagine “flying private for the price of first.” Starting at about $2,000/month, you too can fly in style. The fee includes a set number of trips per month depending on your needs. Ahh, the dream of no airport check-in lines and not being ushered onto a plane like cattle. It really is a dream. Imagine heading out just before departure time to board one of these luxury aircrafts. It’s a vacation in and of itself. 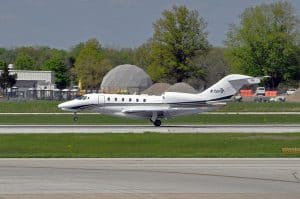 Top reasons why I’d sell a kidney for a private jet membership:

Disclosure: This post is not sponsored and I was not compensated in any way for writing about private jet memberships.

Interview with my cousin: Q&A with a flight attendant

« Our trip to Drouot auction house Paris
Is it time to move? »