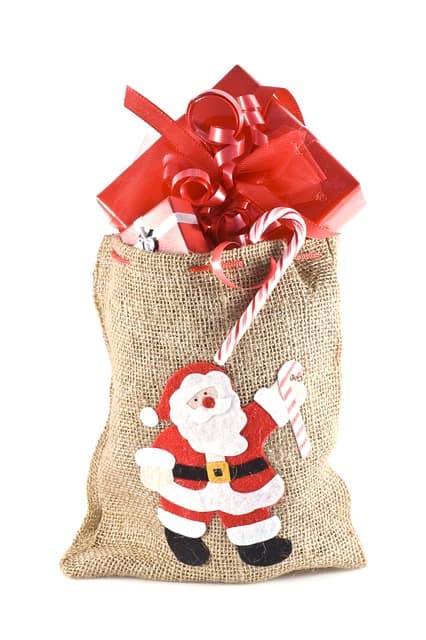 Hi there, last year I held the first annual Expat Holiday Care Package Exchange where expats around the world sent care packages to each other in the hope of spreading holiday cheer. Overall it was a success but a few things have given me pause. I intended to host it again this year… but will I/should I? Let me tell you what’s giving me trouble… would love to hear your thoughts.

So first, thank you again to everyone who participated last year. I’d especially love to hear from you in the comments (or email me if you don’t want to publicly post your thoughts).

I wanted to start the 2015 exchange planning early this year and while thinking things through, three points have come up that I can’t shake. They’ve made me reconsider hosting the expat exchange this year…. which I feel bad about because it was such a hit and I said I’d do it again this year. I’m a woman of her word.

1. The fact that packages will be majorly delayed/lost.

Despite my best efforts, several packages were delayed and/or never delivered last year. When I wrote the final wrap-up post about the exchange, only one or two packages had not yet arrived but I realized much later that another two packages never arrived (Turkey seemed to be the culprit) meaning several people never got a gift.

I have no control over the mail delivery practices in other countries and it’s disappointing to spend money on someone else, send your package out on time and get nothing in return. I guess it’s the risk we take when we sign up, but still. We had 32 participants last year and I believe 4 packages never arrived (1 was never picked up by the recipient thought and I never heard from  her. That package actually did arrive in one piece once it was sent back to the sender in the US). A 10% non-delivery rate is significant. To make sure things get delivered in time if I do the exchange this year, I am going to ask that we all ship by mid-November. But even shipping early won’t prevent packages from getting lost. I felt I had an obligation to help and do something but there wasn’t much I could do. I hate feeling helpless.

Last January just after the exchange ended, shipping rates in France skyrocketed and packages under 1 kg (2.2 lbs) are now about 26 euros to ship. Shipping costs in other areas of the world are just as bad or worse. So once you factor in the gift itself and the packaging costs in addition to the shipping, this gets to be a pricey endeavor. Especially if the gift never shows up or you don’t get something in return.

With work and personal commitments, I’m scared that if we have a good turnout again that coordinating the Secret Santas will get complicated, stressful and time consuming. I was thinking of using a Google Form so you sign up and give me all your address info in one fell swoop so there’s less back and forth.

Last year I got a bunch of emails with people changing their address, asking if their Secret Santa shipped their package, if the gift they sent arrived, etc. I understand these are all questions that come with the territory but it takes a lot of time (which I had last year). More frustrating were the non-responses. I sent a few emails asking for a reply and the reply took a week to come or never came. That’s really annoying and I definitely don’t have time to chase people down this year with other things I have on my plate.

So my questions for you…

If you’re thinking of participating in the exchange, do you think I should ask for a volunteer to help coordinate? Let someone else coordinate entirely? Exclude Turkey? Not host it at all? Even if you’re not an expat, I’d love to hear your thoughts. I want to do the exchange again this year but the cost may be prohibitive and it really bums me out to think about packages not arriving.

What do you think?