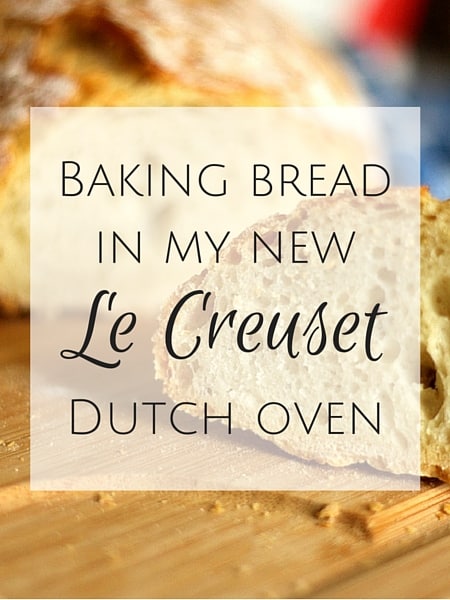 I’m kind of a disaster in the kitchen. If it’s not cupcakes, cookies or cake — or is a dinner recipe that involves anything beyond your basic kitchen skills — you can be sure that I’ll either burn it, overcook it, overseason it, drop it on the dog, or otherwise make the meal inedible. Exceptions? Well, I’m good with baking fish, using the slow cooker, and sauteeing veggies on the stove, but if a recipe calls for anything fancy, I steer clear.

Last week, my first houseguest from home (other than my parents) came to stay with us and she’s a baker and chef by trade. She wanted to cook for us and needed a Dutch oven for her recipe. Did I have one? Of course not, so what did I do? I went out and bought a brand-spiffy-new bright yellow Le Creuset Dutch oven. Listen, if someone offers to cook dinner, you do what they say! I haven’t even had it a week but I’ve made 3 meals all by myself– including bread! — and everything was not only edible but actually delicious. I think I’m in love.

Let me tell you about it…

First, I was so incredibly psyched to have a houseguest. My dear friend from New Jersey made the trip all the way out here JUST to see me and I am so grateful for it. I used my guest air mattress that had been collecting dust and smiled as I made the bed up with my guest sheets. 😉

We go way back. I met her in French class in 2008 and she’s one of the rare ones who is great at staying in touch. I appreciate our friendship so much and know what I appreciate almost as much? Her cooking. She started at 3:30 in the afternoon and expertly chopped vegetables for the best ratatouille of my life. She then made beef short ribs and veggies in the new Dutch oven. Best meal I’ve had in a long time. So E if you’re reading, THANK YOU mille fois. 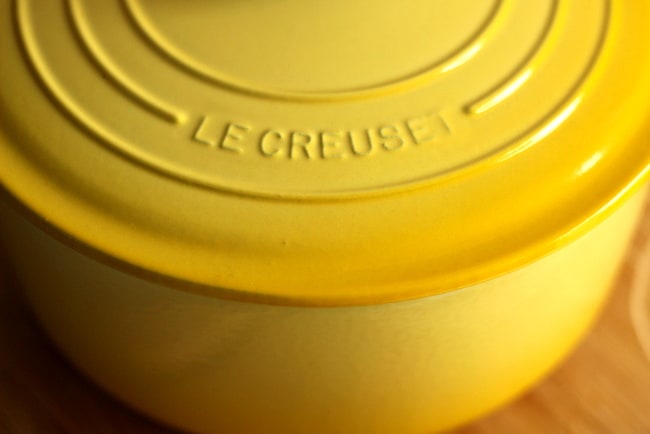 So about that Dutch oven, lovingly called a cocotte in French… they’re pretty rad. While absolutely worth the price, a Le Creuset Dutch oven probably isn’t the best purchase for someone who has the cooking skills of a wet noodle. I admit that.

I vowed to myself that I’d not only learn to use it, but that I’d do so frequently. So far so good… my friend taught me the basics before she left and we’re going to do FaceTime cooking classes where she instructs me in real time over the video call.

Another thing that appealed to me about a Dutch oven is that you can use it for a bunch of one-pot meals. Less to clean up, you say? I’m game. (and apparently this less expensive one by Lodge is excellent as well)

Since my friend left mid-week, I’ve managed to make a simple but tasty cod dish that involves first sauteeing vegetables in the Dutch oven on the stove with the cover off, then adding the fish. There are a few more steps, but trust me, it’s so simple I nailed it on the first try (and that’s saying a lot). Versatility is what sold me on the Dutch oven, so I’m having fun with it and getting my money’s worth.

What else? I MADE BREAD.

Yes, I know I live in France and can get amazing bread pretty much everywhere I turn, but there’s something to be said about the satisfaction you get from making your own. Baking bread in Le Creuset Dutch ovens is so incredibly easy. If it wasn’t, I wouldn’t have even attempted it.

All you do is whip up the dough and let it sit overnight to rise. It’s pretty much yeast, water, flour and salt. The next day, you fire up your oven to heat the Dutch oven for about 30 minutes, add your dough, then cook it in the oven. It’s so easy even I didn’t mess it up. This is a great Le Creuset bread recipe.

My Le Creuset bread looks legit, right? Not bad for a total amateur. The pic below was taken right out of the oven. 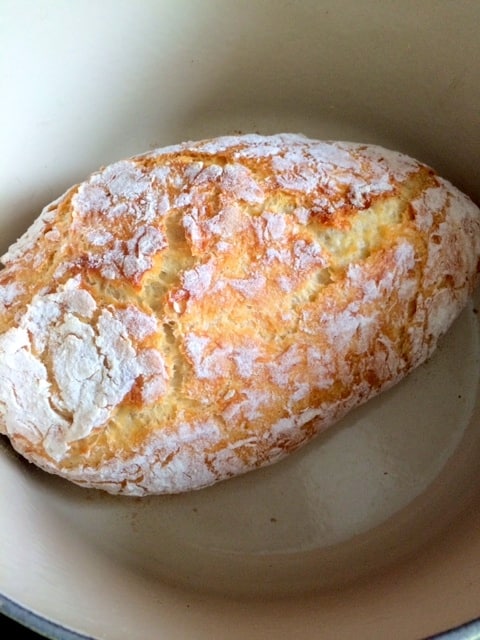 There are all different bread variations you can test out for baking bread in Le Creuset cookware, but head over to the Girl Versus Dough Dutch oven bread recipe I used. I plan on trying a few different kinds as I perfect my skills.

Here are a few more pics of my Dutch oven bread: 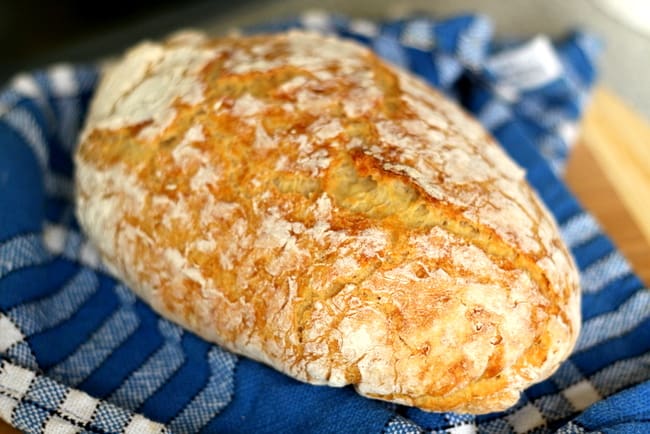 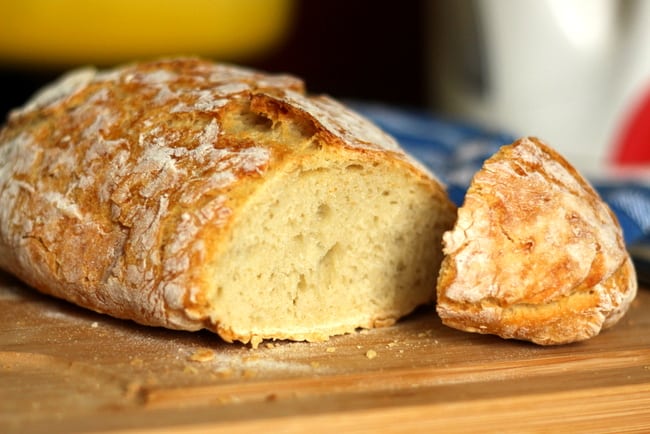 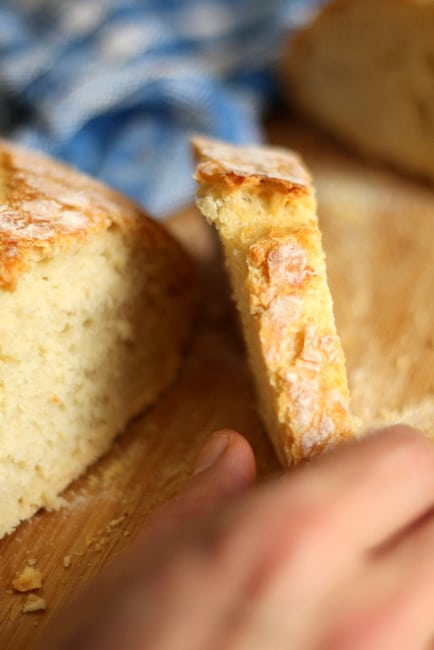 I’ve been googling all kinds of Dutch oven recipes, so if you’re looking for some inspiration, this Pinch of Yum post has some recipes you may want to try. For now I’m sticking with what I know. Vegetables and fish. Maybe by next weekend I’ll be ready to branch out beyond fish and Le Creuset bread. 😉

Have you ever bought something impulsively for your kitchen? Did it turn out to be a hit or is it collecting dust somewhere?

Have you made Le Creuset bread?

Get baking: My favorite holiday recipes from around the web

« Oui In France is 4 this month: Roundup of top posts (plus a giveaway)
Why comprehension needs to be your focus when learning a foreign language »