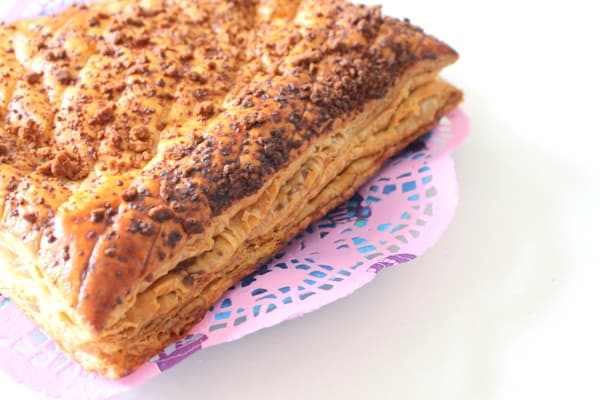 This time of year, it’s all about the resolutions, reflections and galette des rois if you’re in France. Just when you thought the gluttony of the holiday season was over, every boulangerie around is tempting you with frangipane masterpieces that are too good to resist.

What are these delectable French king cakes all about? Read on for more on galette des rois!

Starting at the beginning of January in France, just about every bakery and supermarket and even Picard will be showing off their French king cake creations to celebrate the Fête des Rois. Commonly known as King Cake in the U.S., these super sweet frangipane pastries are called galette des rois and the tradition is deeply rooted in history, dating back to the 14th century. 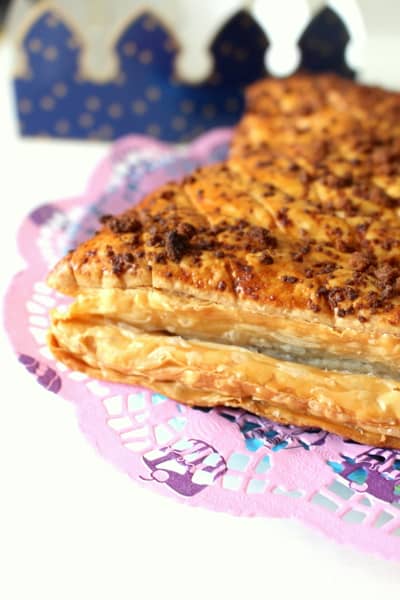 The galette des rois tradition gets its name from the biblical three kings. “In Catholic liturgical tradition, the Solemnity of Epiphany — commemorated on January 6 — celebrates the visit of the Magi to the Christ Child,” they write. “The Eve of Epiphany (the night of January 5) is popularly known as Twelfth Night (the Twelve Days of Christmas are counted from Christmas Eve until this night).

The season for French king cake extends from the end of the Twelve Days of Christmas (Twelfth Night and Epiphany Day), up until Mardi Gras, or “Fat Tuesday;” the day before the start of Lent.”

And while the tradition has religious roots, eating a galette des rois with your friends and family has become a fun game over the years. While Epiphany Day is January 6, the French enjoy the cake all month long. What sets the French king cake apart from other cakes is that there’s a little porcelain or plastic charm called a fève hidden inside each cake. Some are in the shape of animals, cartoon characters, Disney characters or anything really.

As the pieces of galette des rois are doled out, each child (or adult!) hopes he or she will have the slice with the little figurine because that means he gets to wear the paper crown that comes with the cake. If you have the charm, it also means you’re responsible for bringing the galette des rois next time! This is common in work settings where colleagues will enjoy a galette des rois for several weeks. And if you’re really into the tradition, you might even collect the fèves! 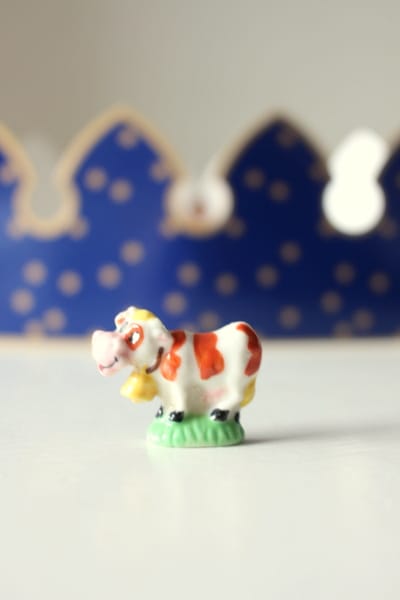 David Lebovitz explains what the cakes are made of: “There are two kinds of Kings Cakes in France; one is layers of puff pastry filled with almond cream, and the other is a circular yeasted cake, more popular in the south of France, festooned with colorful, sticky candied fruit. Although the ones from the south look more festive, there’s something appealing about munching on flaky, buttery puff pastry with a layer of crème d’amandes stuffed inside.”

In addition to the traditional varieties, bakeries are getting more creative with the flavors of their galette des rois and you can find ones with fillings of pear/chocolate, speculoos/chocolate, pistachio, apple, raspberry and more.

A small slice of French king cake will satisfy your craving for something sweet and trust me, you’ll want to try all the varieties. If you’re not in France to buy one, try making one via David Lebovitz’s blog linked above. His recipe looks excellent!

If you’ve tried a galette des rois before, what’s your favorite flavor?

If you’re in need of a galette des rois recipe or French king cake, here are some top choices: 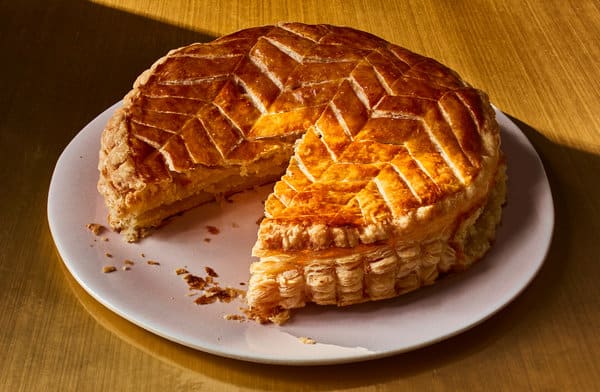 This is the traditional recipe made of puff pastry and frangipane filling. You can make each part in advance and then keep it in the fridge until you're ready to bake it. 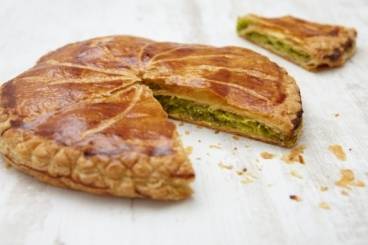 My favorite French king cake is a twist on the traditional recipe and includes pistachio flavor like in this recipe. It's an excellent flavor combo that goes perfectly with the puff pastry. 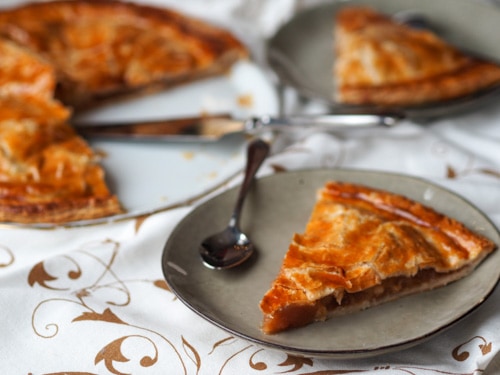 Another tasty variation no the galette des rois is apple. Instead of frangipane all the way, apple filling is a nice twist to try.

French up your Christmas with a bûche de noel recipe

Pics of the Month: January — Brittany

Get baking: My favorite holiday recipes from around the web

« Why New Year’s resolutions aren’t BS
Wine suitcase: How to bring wine on a plane »