The South of France has long had a reputation as a holiday destination for the glamorous and beautiful, but it’s not just about Provençal markets, pains au chocolat, and Pastis. France’s Mediterranean towns and cities and have a long and interesting history that’s well worth exploring, in between bronzage on the beach and sampling the delicious fruits de mer. And if you’re looking for somewhere to stay to explore these beautiful locations, here’s my pick for the best villas in the South of France.

7 Historic places in the South of France you must visit 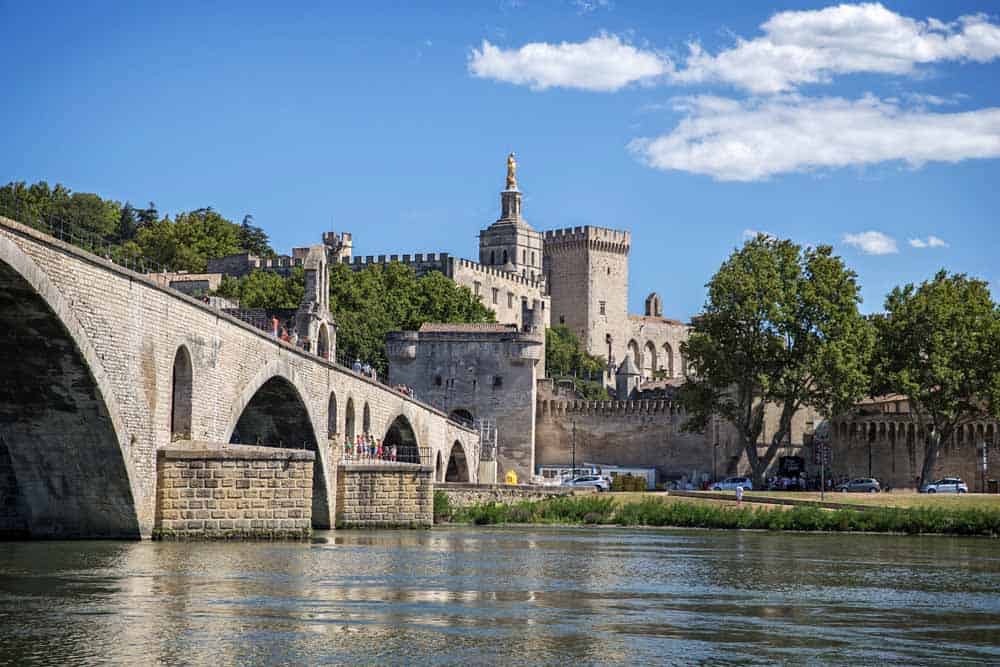 This beautiful Provençal city on the River Rhone is best known from the song “Sur le Pont d’Avignon” and while the famous bridge is a big tourist draw, Avignon is historically important for once being the center of the Roman Catholic world. Exiled popes came to Avignon in the 14th century to set up the papacy. Although this only lasted for around 70 years, the city has been left with an impressive architectural legacy. The vast Popes’ Palace (Palais des Papes) is World Heritage-listed and its Gothic grandeur is a reminder of when Avignon was the European center of Christianity as well as politics, culture, and commerce. Across the square is the Petit Palais which is home to a large collection of medieval and Renaissance art.

Worth a visit too is the Hotel Europe which, since it opened in 1799, has been patronized by Victor Hugo, Charles Dickens, and Jackie Kennedy. Of course, you can’t leave without seeing the Saint-Bénézet Bridge, the Pont-d’Avignon from the famous song. While most of it was carried away by floods years ago, the World Heritage Site still attracts hundreds of thousands of visitors to its four remaining arches.
And while you’re in Avignon, why not take a trip to Châteauneuf-du-Pape and its 14th-century chateau, 19 kilometers north of the city, where the famous wine got its name. 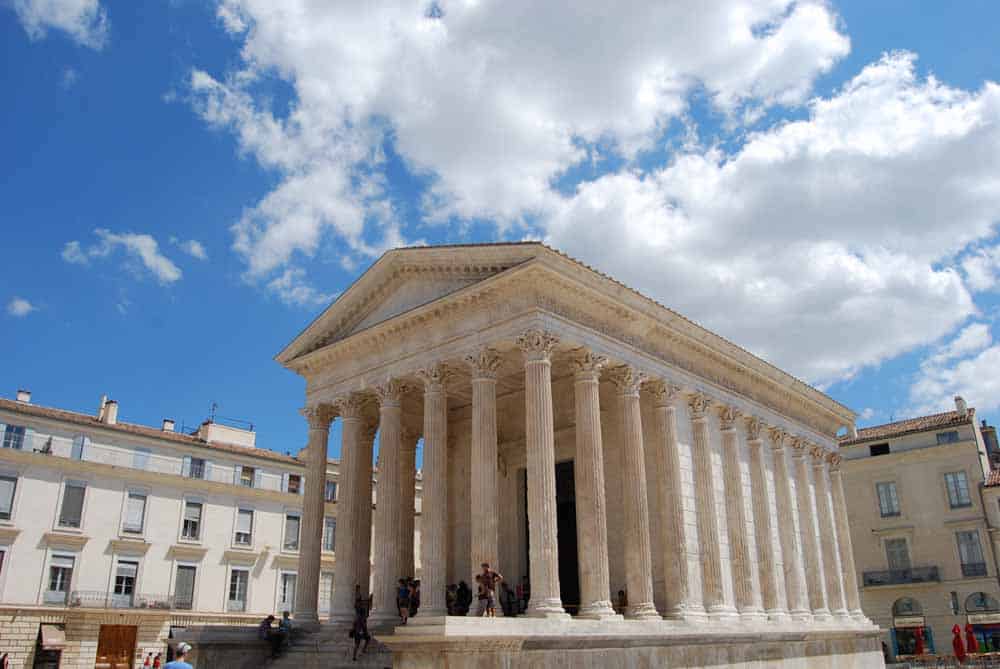 Often called the Rome of France, 2,000 years ago Nîmes was one of the most important cities in Roman Gaul. It has been left with an incredible architectural heritage, as well as one of the best collections of Roman remains in France, which makes for a fascinating trip any time of the year. Must-visit sites include the Maison Carrée, a wonderfully preserved Roman temple, and the Arena of Nîmes, a former amphitheater which still stages bullfights today.

It’s easy to spend days simply wandering around Nîmes’ historic tree-lined streets, but also worth a visit is the 18th-century Jardins de la Fontaine, one of the oldest parks in France and a great place to cool off in the dappled shade during the city’s famously warm summer days.
If you fancy leaving the city for the day, journeying 23 kilometers northeast will take you to the imposing Pont du Gard, a remaining Roman aqueduct which was constructed to bring water to Nîmes. 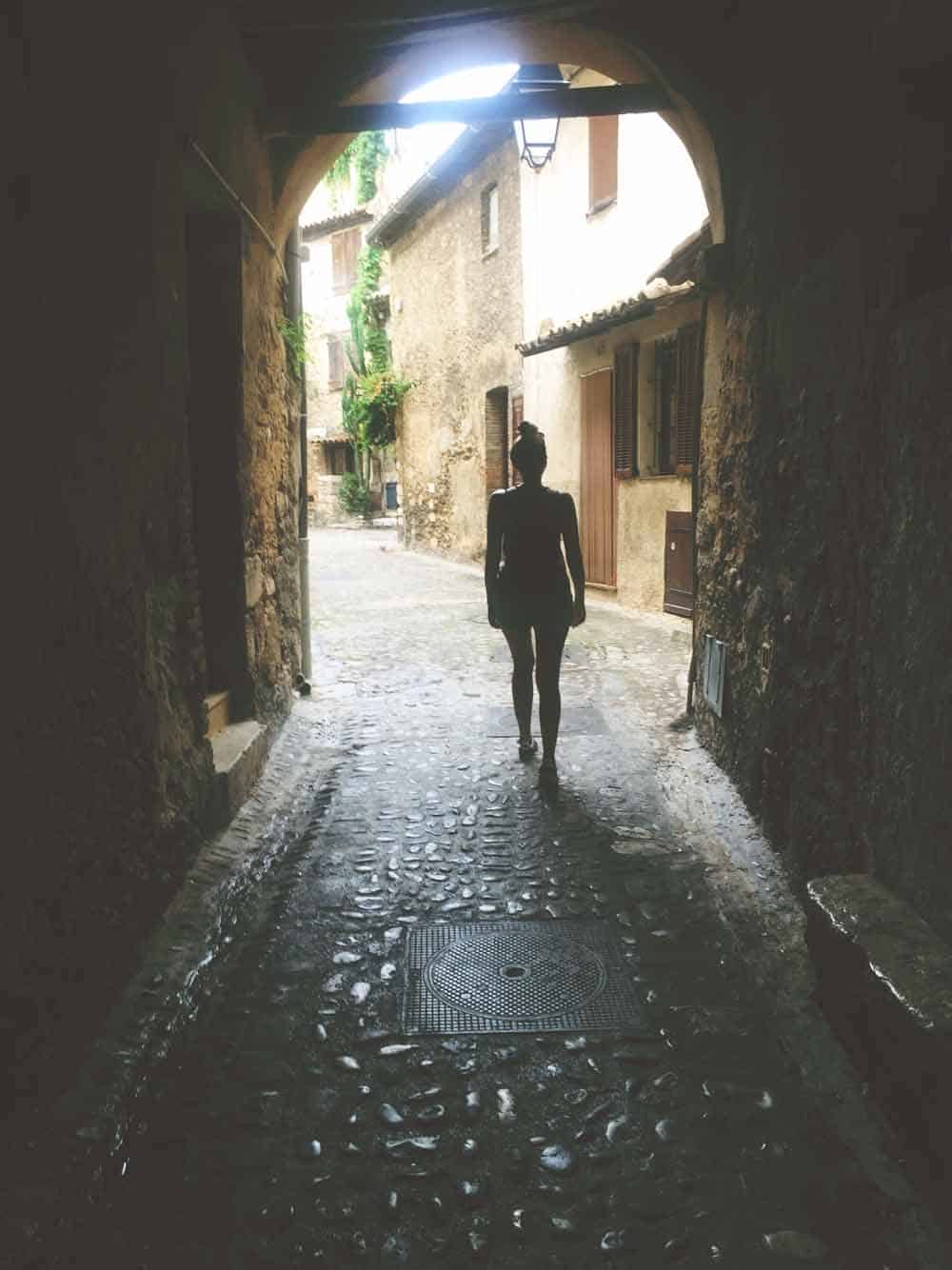 In the stunning Alpes-Maritime department, just 15 kilometers west of Nice, is the picturesque Riviera town of Cagnes-sur-Mer. It’s most famous because the painter Renoir is known to have spent his final days living in the town and many of the shops and businesses are named after him. Renoir’s olive-tree-lined estate, Les Collettes, is one of the most popular tourist attractions in the town.

However, a visit to Cagnes-sur-Mer is not complete without wandering round the charming Haut-de-Cagnes, a medieval village at the top of the town. The peaceful village is worlds away from the busy pace of the Côte d’Azur and you’ll certainly fall under its spell as you walk the steep, narrow cobbled streets. Tucked away are bijoux restaurants and artists’ studios, while at the top you’ll discover the historic castle which offers incredible views across the town and out towards the glistening Mediterranean Sea.

Back at sea level, you ought to check out the old fishing port of Cros de Cagnes, founded by Italian fishermen in the 19th century, where you’ll be tempted by the fresh grilled fish. 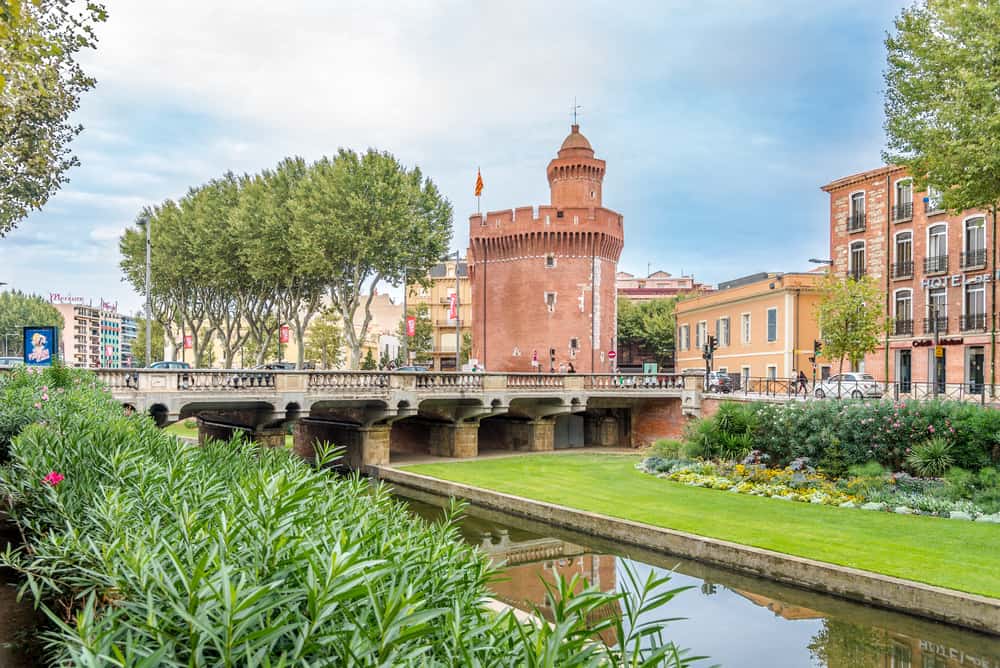 This Mediterranean city’s fascinating history is a product of its location within Catalonia and its proximity to the Spanish border, making it the most Spanish of French cities. During the 13th century, it was the capital of the Kingdom of Majorca and this significant Catalan influence can still be seen in the city’s medieval quarter. In the south of the old town, the huge Palace of the Kings of Majorca (Palais des Rois de Majorque) still stands and offers views towards the coast from its ramparts.

While the walls formerly surrounding the town have been knocked down to make way for urban development, the Castillet, the red-brick town gate still remains. Also worth a visit is the Loge de Mer, a 14th-century building with its boat-shaped weather vane symbolizing the city’s seafaring traditions. In more recent history, Salvador Dali experienced a cosmic vision at the train station in the 1960s and declared it the center of the universe, which led him to paint “La Gare de Perpignan.” His association with the city can still be seen at the train station, part of which is decorated in the style of Dali to commemorate its artistic significance. 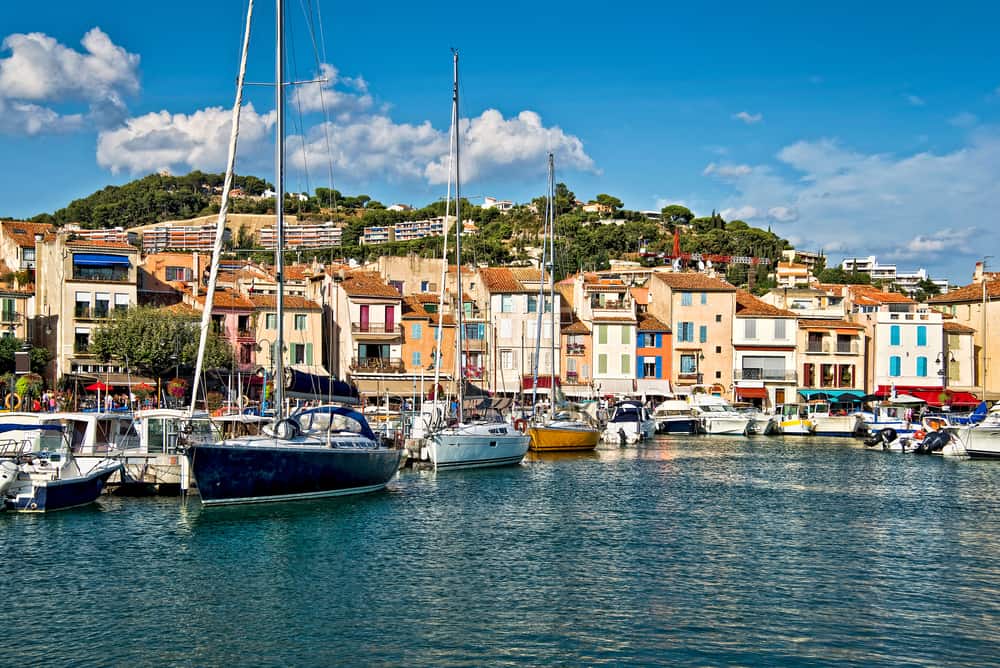 Unlike many of its Mediterranean counterparts, Cassis’ historical importance comes from its geology. It’s famous for its sheltered inlets called calanques which were formed 120 million years ago when marine valleys cut into the limestone cliffs creating long and narrow natural coves. In 2012, these calanques were protected by the formation of the Calanques National Park (Parc National Des Calanques). They are the perfect place for a hike over the limestone rocks, rewarded by a refreshing dip in one of the inlets. Or you could simply take a table at one of the waterfront restaurants and take in the views.

After visiting the calanques, head to the picturesque old town to relax in the shady square. Or visit the Museum of Arts and Popular Traditions (Musée d’Art et Traditions Populaires de Cassis) to see the work of artists who also fell in love with this charming fishing town. On a personal note, I can’t wait to get back there with my family in June. I’ve only ever visited once and it was in 2011! 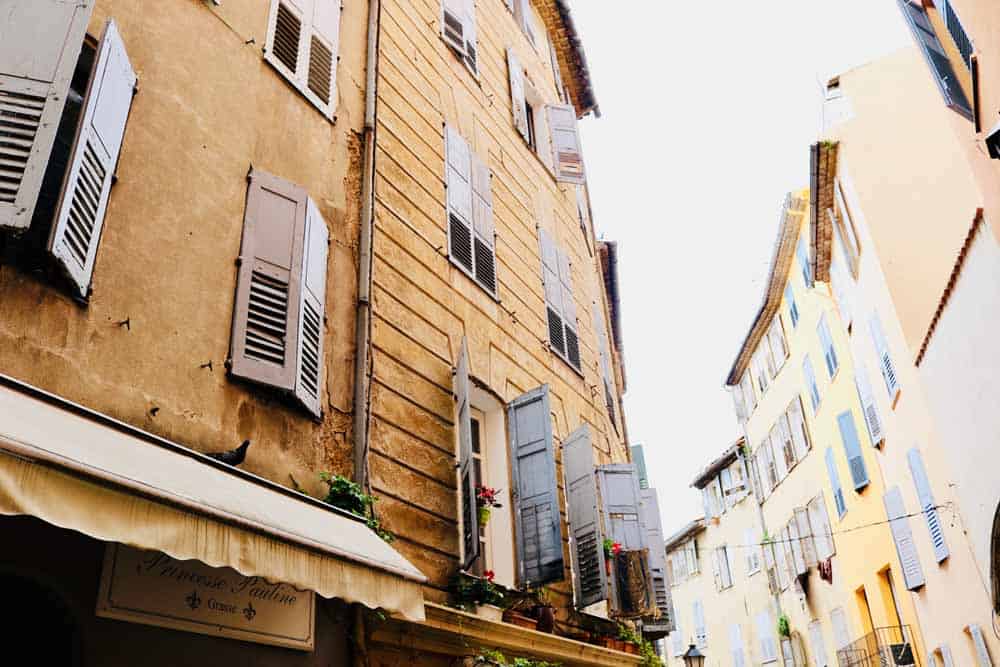 Just 17 kilometers inland from the Bay of Cannes, the town of Grasse has been famous for its perfumeries since the 17th century and today represents two-thirds of the total French production of perfume. Many popular perfume ingredients, including jasmine, orange blossom and tuberose, flourish in Grasse thanks to its Mediterranean climate and abundance of water. Its fragrant heritage is celebrated at the International Perfume Museum (Musée International de la Parfumerie) in the centre of town while larger perfumeries offer tours.

Grasse’s other main attraction is Notre Dame De Puy, the 13th-century cathedral which contains three works by Rubens, while wandering the town’s picturesque medieval streets will lead you to quirky boutiques and antiques dealers. Bibliophiles will love Grasse, too. The novel “Perfume: The Story of a Murderer” by Patrick Suskind is partly set in the town and some scenes from the 2006 film adaption were also shot in Grasse. 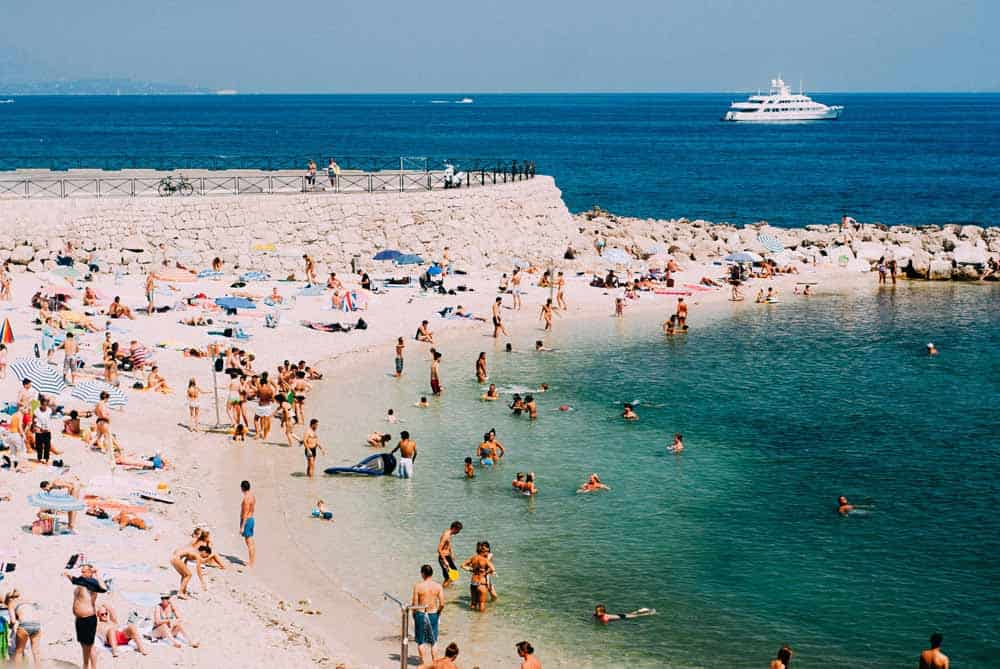 Now more famous as a swanky seaside resort on the French Riviera, Antibes was formerly named Antipolis when it was a Greek (and later Roman) colony. As you can expect, you can discover plenty of Roman artifacts including aqueducts, fortified walls and pottery within the town. The ancient trading port was heavily fortified in the 17th century by the military engineer Vauban and some ramparts can still be seen surrounding the maze-like Old Town.

After the First World War, Antibes gained is luxurious reputation thanks to neighboring Juan-les-Pins, home to the region’s first hotel and casino which was frequented by F. Scott Fitzgerald, Charlie Chaplin, Marlene Dietrich and Picasso. Picasso’s legacy can be further explored at the Musée Picasso in the 14th-century Château Grimaldi, which the artist transformed into his studio.

With the largest port in the Riviera, Antibes therefore harbors the largest super yachts. The world’s rich and famous stay at the super-chic Hotel du Cap-Eden-Roc, which has hosted celebrities from the golden age of Hollywood through to today’s pop stars and models. But if it’s architecture you prefer, head to the Gothic Chapelle St Bernardin with its hand-painted ceiling and gorgeous tapestry frescoes, where you can get away from the luxury and excess of the Côte d’Azur.

Have you visited any of these historic towns in the South of France? Tell me about it in the comments!

This is a sponsored collaboration with Big Domain. Thank you for supporting the companies that support Oui In France. 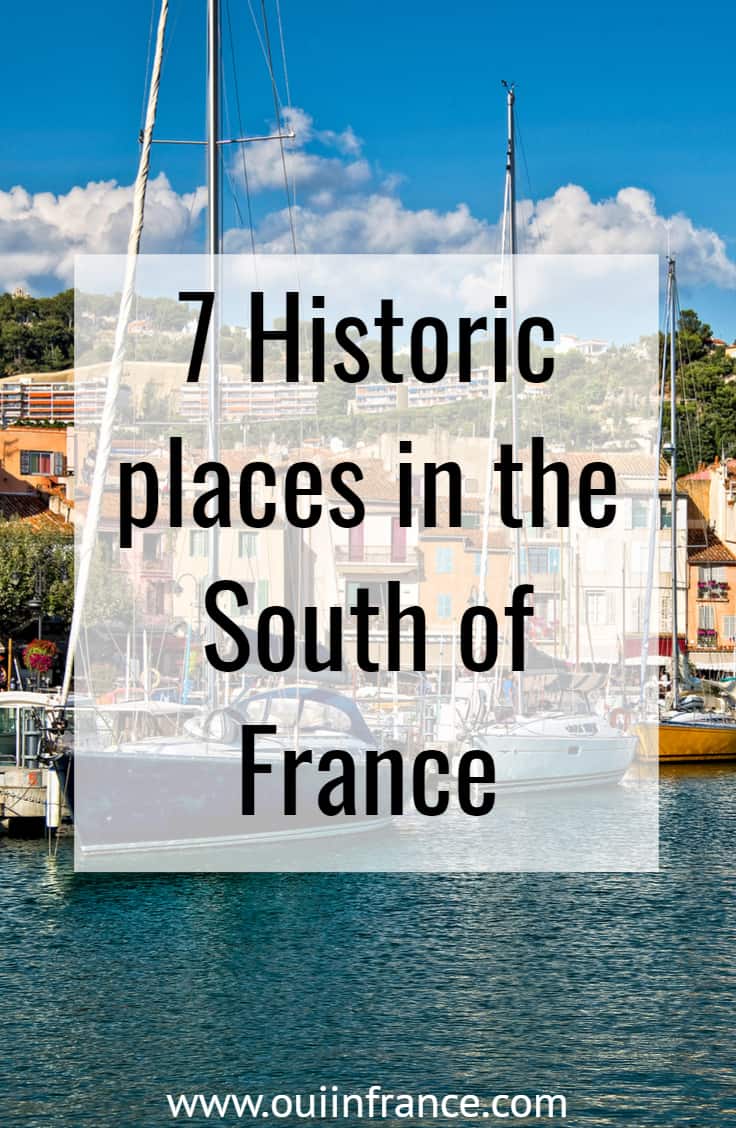 South of France vacation pic of the day: The Calanques, Marseille

Vacation wrap up: The Calanques boat trip in Marseille, France

« 7 Assumptions people have made about me and others who live abroad
Public holidays France: Dates to know »