Living abroad will shock you at times, stress you out, leave you in tears and will also be one of the most exhilarating and fulfilling experiences of your life. Maybe you’re thinking of living abroad, maybe you already do or maybe you just like hearing about what others are up to.

So without further ado, I’m thrilled to introduce you to my brand new series, Expat Chitchat, where each month I’ll interview an expat blogger who will share what life abroad has been like in their corner of the world. First up is the lovely Mathilde of Le Blog de Mathilde: Lifestyle, Food & Travels in the USA, a French woman living in the U.S. (Boston to be exact).

Read on for the first interview in the Expat Chitchat series!

As an American, when I first think of an expat, I think of an American living overseas (like myself), but for the first interview in this new series, I wanted to focus on someone who’s an expat in the U.S. Enter Mathilde. I’ve been following Mathilde on Twitter for a while now and her blog, written in French and English, shares her French take on life in the U.S. One of my favorite posts of hers is this one about American oddities (response to mine on French oddities). 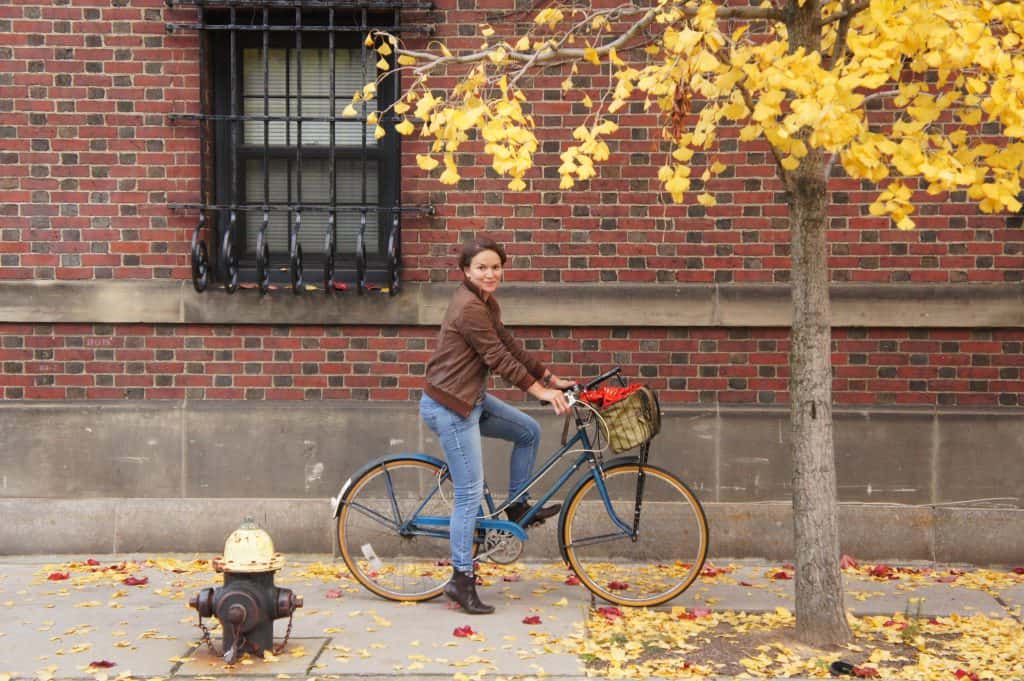 Question: Where are you from, where are you living now and tell me about your blog please.

Mathilde: I’m from France, I was living in Paris. I moved to Boston, Massachusetts in January 2011. It was my first time in the States! I’m here for 2 years… probably more. On my blog, I write about this new lifestyle, the differences between the countries, the food and the trips we make all around the country.

Q: What’s your favorite part of where you’re living and why?

M: I love my apartment here in Boston, close to the river, in a beautiful neighborhood. This is my new home! I’m also a big fan of coffee shops — they are very different from what we call “cafés” in France. I like staying there, drinking a tea or a latte, reading, writing for the blog or just chatting.

Q: What do you miss most about France?

Q: How do the people act toward you in the U.S.? Toward French people in general?

M: People are most of the time really welcoming and open. They are also really encouraging and glad to see that I like it here. Even if Boston has a reputation of being a city where people are rude, I’ve never experienced that. Most of the people I’m talking to have a good opinion about France – or at least they are nice enough to avoid telling me the bad stereotypes! They always associate any French stuff with “fancy”, which I didn’t know before!

“They also most of the time think that I know everything about wines.”

Q: What was the most amusing/funny/stressful/culture clash/misunderstanding moment in your new culture?

M: They are so many and that is something I really like to write about! If I have to pick one, I would say that hugs surprised me at first. In France, I’m used to kiss on both cheeks to say “hi” or “good bye.” I’m getting better at hugging, but sometimes I don’t know if they are long enough, if I should tap the back, or if I can close my eyes.

“Hugs are not natural for me!”

Q: How has living in the US changed you? Do you find yourself living a more fulfilling life than before?

M: Yes, I think it’s changed me. I’m probably more up to see the positive side of things instead of complaining or being really sarcastic.

“People here are really enthusiastic… about anything, or should I say, everything!”

A cute dog in the streets, a baby in a stroller, or anything that can happen to somebody becomes “amazing” or “awesome.” I sometimes think it’s annoying and not really sincere, but most of the time, I consider it more like a relief — compared to complaining a lot. It makes things easier on a daily basis.

Q: Have your perceptions changed about your own country and how?

M: It’s hard for me to say because I haven’t gone back to France yet. Even if the countries seem similar, I was surprised to see how different they are. I feel lucky to have grown up in a country where money doesn’t make such a difference, going to good public schools, not being broke to get a surgery, and having good public transportation. I took these things for granted before, and now I see how lucky we are in France for that system.

M: That I left my friends, my family and the comfort of my life for adventures in an unknown country, with the right person, my husband. It can be hard sometimes to start over from scratch, so you have to be sure that you are doing this with the right person. For the first weeks, it was only the two of us. Better to get along pretty well!

Q: For others looking to move abroad (and possibly to your country), what would you say to them or caution them about?

M: Just try it! It can seem overwhelming to leave and start over, but it’s great to live abroad, even for a short time.

Thank you, Mathilde! You can check out her blog here! And here’s why I think you should just quit your job…

Did you enjoy this post? What surprised you the most?

Nomination for Expat Blog Awards 2012 and my interview