If you’re a sun and sand type of person, you’re in luck because France has a beach for pretty much every type of beach goer. A few weeks ago, Tom and I headed to the Charente-Maritime department of France and drove to the Ile de Ré for the day. Just a short drive from La Rochelle, it’s officially made my short list of favorite places in France. The island just feels good and that’s the only way I can describe it. 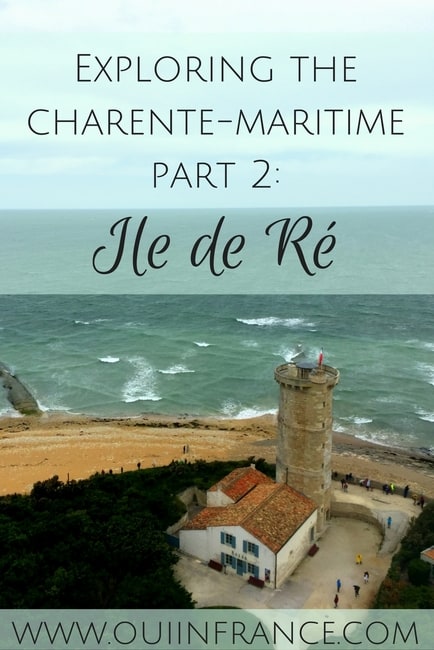 Ile de Ré is the perfect spot to visit for the day, weekend, or the entire summer. Let me give you a quick glimpse of our day there! 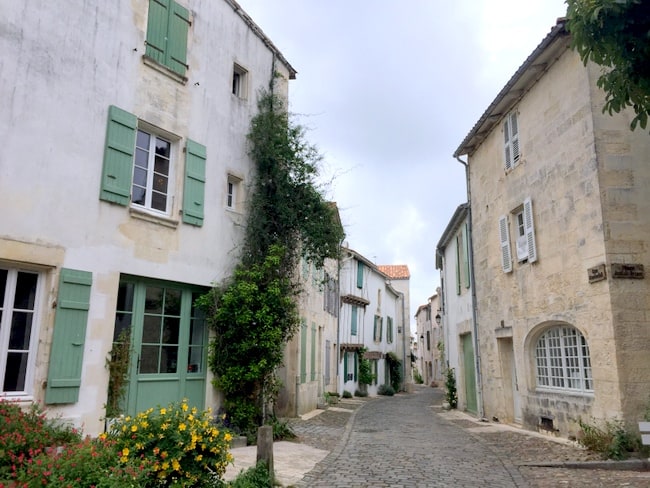 I’ve been a big beach fan ever since I was a kid and would wholly enjoy summers spent “down the shore” in Monmouth County, New Jersey.

As I’ve gotten older, I tend to shy away from the heat and sun and enjoy the off-season by the sea even more. The pull from my childhood is still there, so it’s no surprise then that I’m drawn to coastal areas in France. They remind me of home while showing me areas of France that I’m all too happy to explore.

I can’t describe Ile de Ré in one word, but WOW comes to mind.

The idyllic laid-back island has shaken up my favorites list and I’d put it right up there with my two other top beach areas in France: Brittany and Corsica. For me, a cool day in the off-season spent near the beach is heaven and that’s exactly what we got. Our time spent in Ile de Ré was overcast and a tad drizzly at times, but the weather didn’t dampen the Rétais spirit in the least. 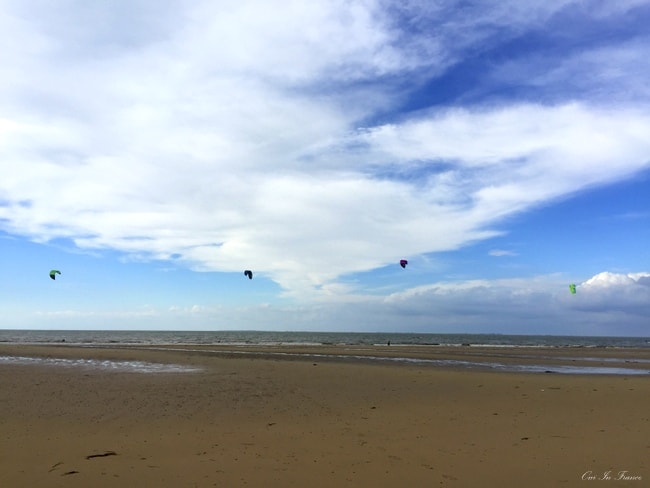 The houses oozed charm and the island was as gorgeous as ever with red poppy-soaked fields and little glimpses of sun to give us a taste of what that summer might feel like.

What’s the vibe on the island?

Chill. Ile de Ré has been compared to The Hamptons, the elite NY summer paradise, but I see it as a much more welcoming island without the showy exterior. It’s a place I want to go back to and is anything but pretentious. 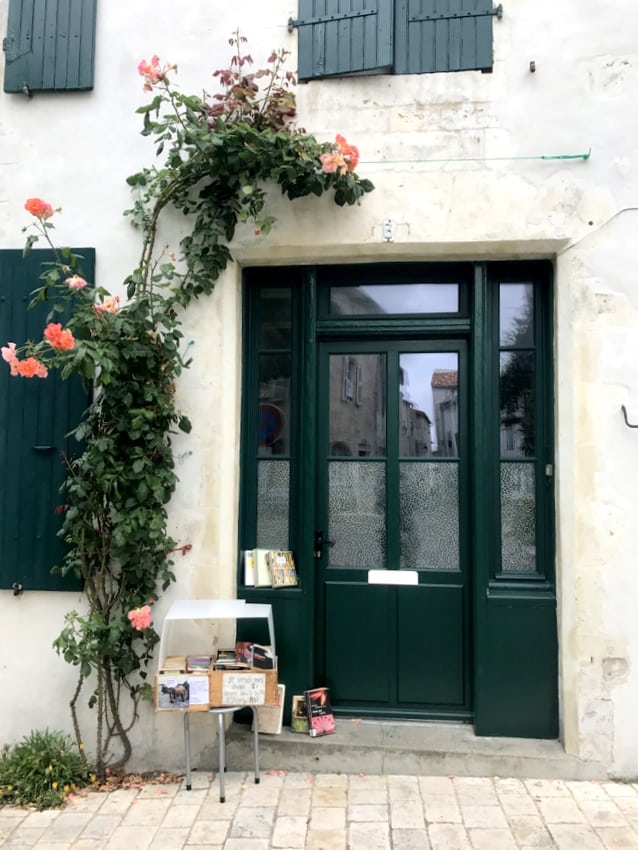 Île de Ré is a 30-kilometer-long island in the Charente-Maritime department of France just off the coast of La Rochelle. For 8 euros, you can drive your car across the Île de Ré bridge, which was constructed in 1988, and be on island time in a matter of minutes.

Spend your time exploring the quaint towns by bike or relaxing at the beach if you want to get away from it all. There are plenty of things to do on the charming island including boating, fishing, water sports, museums, walking tours, and shopping, to name a few.

You can’t go to the Ile de Ré and not notice its rich history. The island is home to several historical monuments and has even been under English rule several times in the past.

In 1681, Vauban fortified the port of Saint-Martin-de-Ré , but you wouldn’t know the extent of it unless you saw it from above. The 14 kilometers of ramparts, which took 12,000 workers and 10 years to build, form a star shape and were designed to protect the entire population of the island during times of siege. Vauban’s 12 fortifications — including the ones pictured above in Saint-Martin-de-Ré — are a UNESCO World Heritage Site. 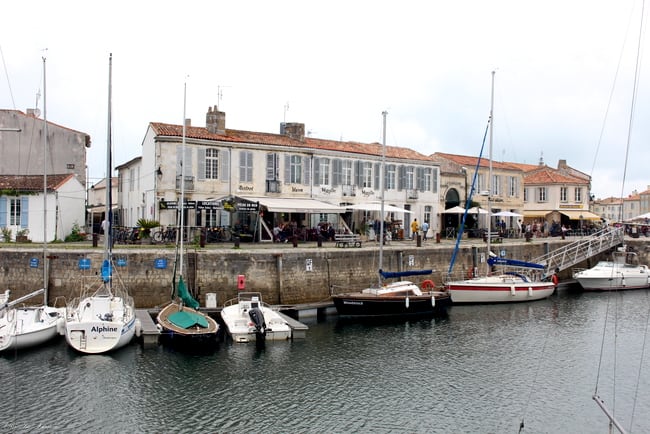 The best way to see the island is to rent a bike. There are a bunch of bike rental shops and routes you can choose from, but if you’re short on time, be sure to visit the town of Saint-Martin-de-Ré, pictured above.

The island is flat so even kids can enjoy an afternoon of biking away from cars. Bike from Saint-Martin-de-Ré and head north! Seeing the sights by bike is a treat and is the top way to move around the island. Some of the other towns on the island worth a visit are La Flotte and Ars-en-Ré. 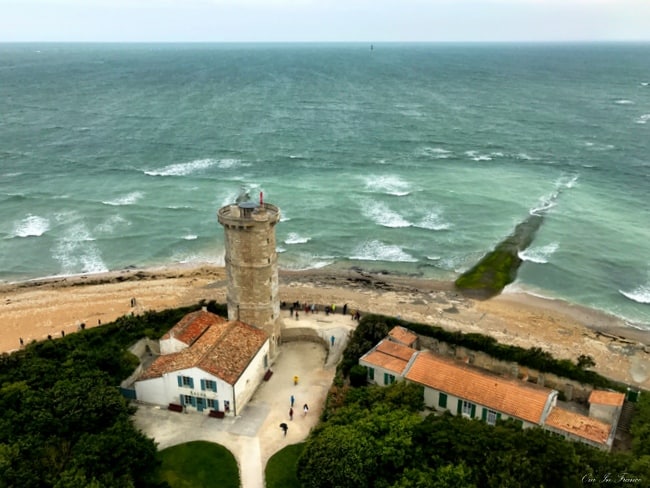 After lunch, we visited the Phare des Baleines (Lighthouse of the Whales) at the very north of the island and climbed the 257 steps to the top for a majestic view out to sea. Put into service in 1854, the lighthouse was built by architect Léonce Reynaud and stands 57 meters tall. Its light shines 30 miles out to sea. 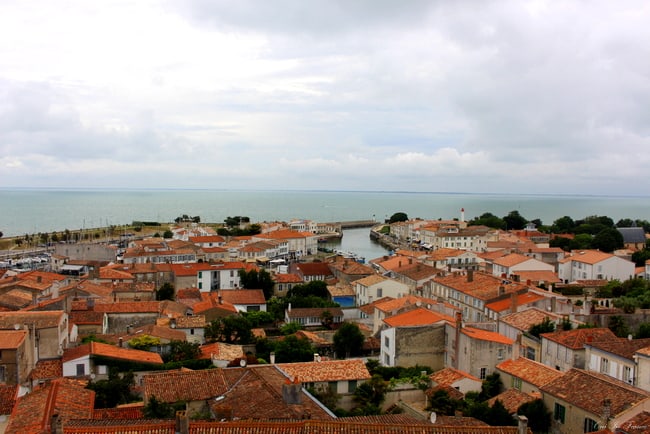 When in Saint-Martin-de-Ré, park your bike for a bit and head up the steps to the top of Le Clocher Observatoire. The bell tower offers visitors a spectacular panoramic view (above), which I hear is equally magnificent at night. 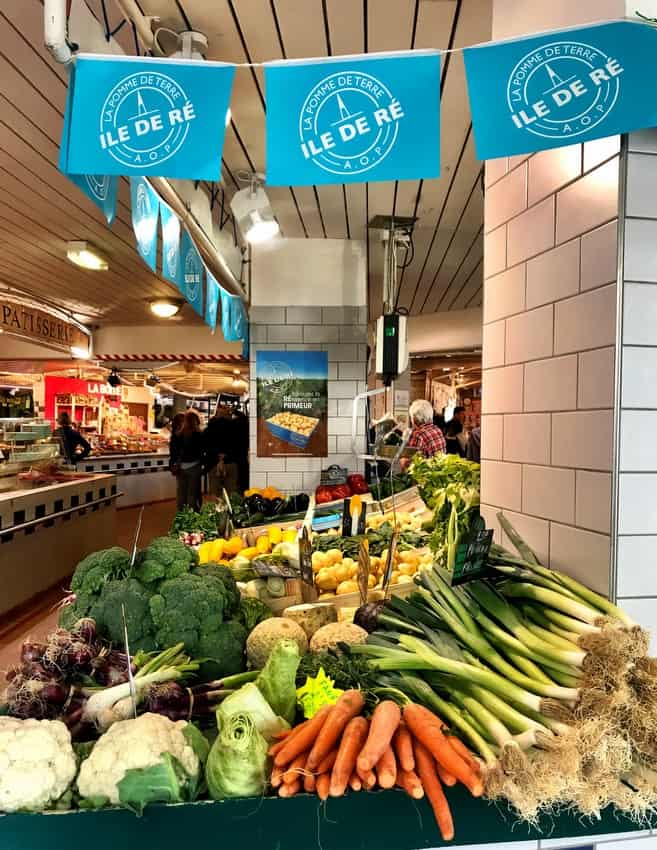 Hardly a surprise is the island’s commitment to fresh, local products. Potatoes, oysters, and even a delicious Sauvignon Blanc are all produced on the Ile de Re. You can head inside to the covered farmers’ market in Saint-Martin-de-Re and treat yourself to regional specialties until 1 p.m. from April through October (as well as a night market in the summer months) or sample some of the local food at a restaurant along the quai.

My double-take moment: I’ve told you about France’s baguette machines but have you ever seen a 24/7 oyster machine?

Me neither, but how cool is that? L’Huitriere de Ré is home to the island’s only oyster distributor where you can grab a dozen of your favorite oysters with the simple swipe of your bank card. Who ever said France wasn’t convenient? 😉 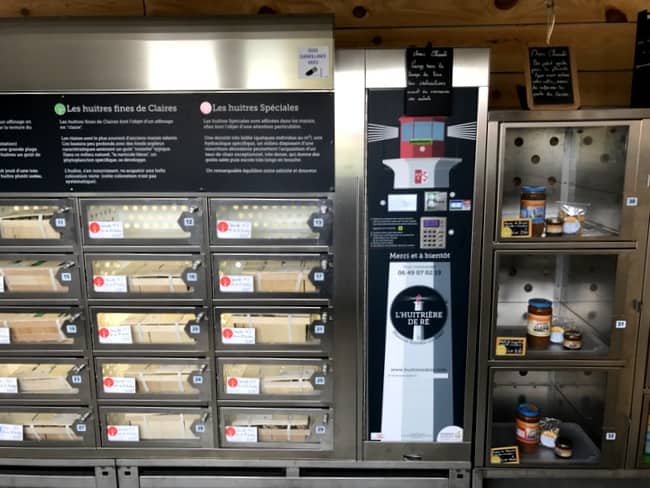 All in all, Ile de Ré is a spectacular place to visit any time of year. I highly recommend it for families, couples, friends, or anyone looking to escape the stress of the daily grind.

Have you visited Ile de Ré?

Be sure to watch this video I put together of our visit! You can subscribe to my YouTube channel here! 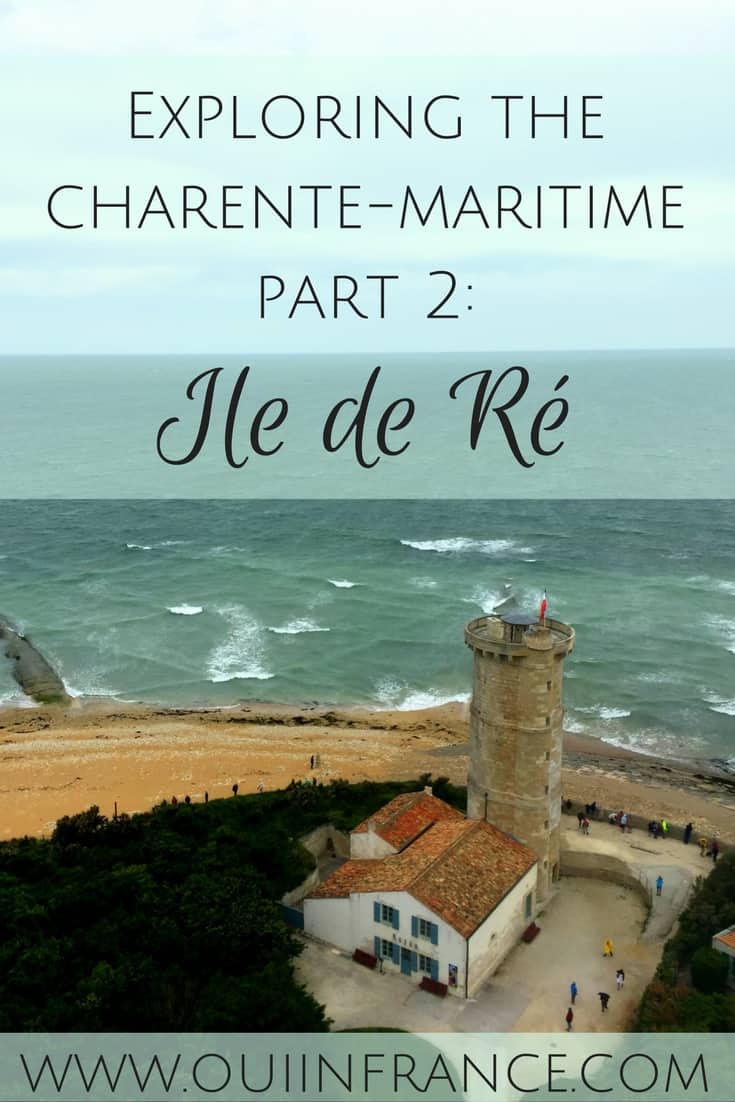 Exploring La Rochelle in the Charente-Maritime

Exploring the Charente-Maritime Part 3: Marais Poitevin, mussels, and the Hermione

« DIY France canal cruise (VIDEO): The places we saw along the way
5 Things that still give me trouble in French »