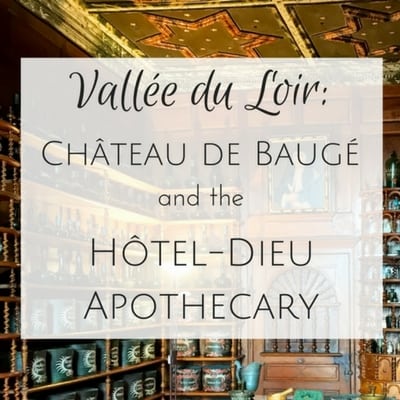 One thing that never ceases to amaze me about France is that there’s always something new to discover. Like castles. There’s never one too far out of reach! Everyone knows the Loire Valley is a castle lover’s dream, but the nearby Loir Valley has gorgeous castles to discover as well. Let me tell you about one that we visited last month — the Château de Baugé. After our visit, we headed over to the Hôtel-Dieu and its apothecary, just a stone’s throw away.

The sun was shining when we arrived in Baugé-en-Anjou around 10 a.m. The château is right in the town center and is hard to miss.

The Château de Baugé was a former 15th-century hunting lodge, but the structure you see today is not the original castle.

We learned about the castle’s history from our guide, Charlotte, who explained that Baugé first came to be at the start of the 11th century when Foulque III Nerra, count of Anjou, built a fortress to defend the eastern part of his territory.

But at some point between between the 11th and the 14th centuries, another castle was constructed. While no one knows for sure, it’s thought to have burned down during the Hundred Years’ War. Then, between 1454 and 1465, King René of Anjou (1409-1480) built the current pre-Renaissance style castle on the foundation of the second castle. It’s his only large-scale construction project and was built in the Gothic period known as the “flamboyant Gothic” style in France.

Who was King René?

Here’s a quick history lesson. He was the son of Louis II of Anjou and Yolande of Aragon and became Duke of Bar and in 1420. In 1434, his older brother dies and he inherits the  titles of Duke of Anjou, King of Naples, Sicily and Jerusalem. King René appears to be a great aristocrat, an art lover, as well as a poet and writer, and a lover of tournaments. He died in Provence in 1480 at the age of 71.

We learned about all of this during the animated film shown to visitors in the chateau’s attic. After the unique film, complete with a moving stage and multiple projection screens, we headed down to the first floor where we visited the reception rooms and even a reconstruction of King René’s bedroom and chapel. All of the intricate furniture was rebuilt in the original style.

The main floor of the castle has hands-on activities and games aimed at the 7-12 year-old set, making the Château de Baugé an educational place to visit with the whole family. If you’re into history, you’ll appreciate everything the castle has to offer.

After our château visit, we walked over to the Hôtel-Dieu, a former convalescence hospital for the sick and homeless of the town that first opened in 1650.

The hospital would have never come to be without Marthe de la Beausse, a nun from Baugé, and Anne de Melun, princess of Epinoy. These two women were instrumental in getting the project off the ground. The Hospital Nuns of Saint-Joseph in La Flèche dedicated their lives to caring for patients at the Hôtel-Dieu for 350 years until 1991. The hospital closed its doors in 2001 after the remaining services were transferred to a newer, more modern facility.

What stands today is a beautiful building that gives visitors a glimpse into what everyday life was like over the years for patients and caregivers at the hospital. I highly recommend a guided tour. During peak periods, there’s an English language tour available every afternoon. 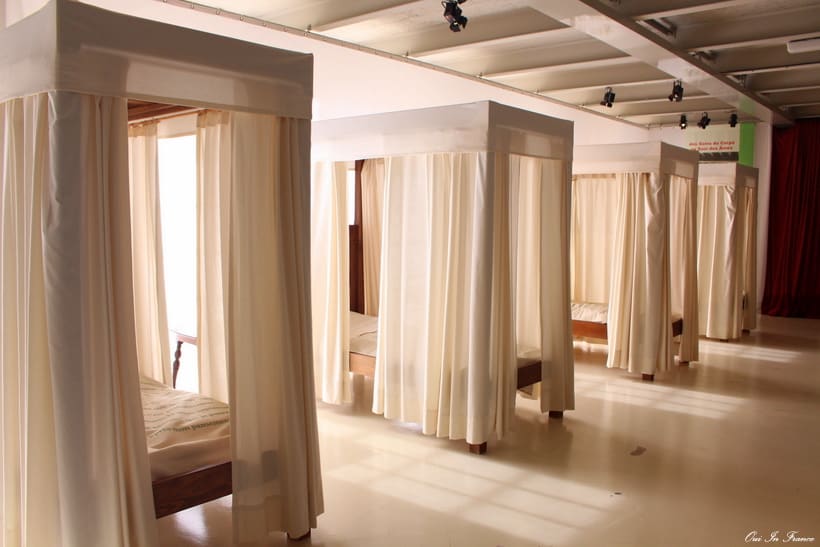 Once inside, you’ll discover an exhibit with a collection of objects including medical tools and educational illustrations that explain what treatments were like at the Hotel-Dieu in the 17th century. Visitors can see how the beds were lined up in the grand hall, with especially high ceilings to help regulate airflow.

As the visit continues, you’ll enter a baroque chapel complete with an exhibit displaying furniture and objects belonging to the community of religious caregivers, the Hospitallers of St. Joseph.

The highlight of our visit was the apothecary, which has been a historical monument since 1947. It was built in 1675 and was in use until the 1940s.

It’s one of the oldest and most complete collections in France that gives us insight into 17th-century pharmacopeia. From mummy fingers and dragon blood to more common treatments, the vast collection of over 600 pots and potions was quite a sight to see. They are perfectly preserved for visitors. 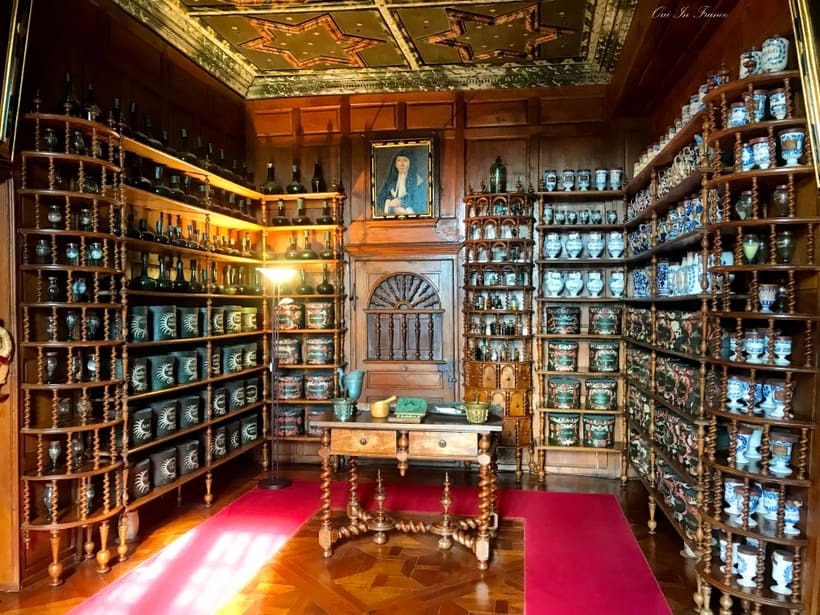 For over 300 years, the apothecary was managed by the apothecary sisters of the community of Hospitallers of St. Joseph. They learned about the treatments from books and then passed them on orally. Not only did they handle the drug preparation, but they also administered the treatments to the patients.

Learning about the medical care hundreds of years ago made me feel thankful for the knowledge and care we have today. Pharmacies have come a long way!

The next time you’re in France, the Loir Valley is an area well worth the trip (and an easy drive from Paris) for history buffs, castle lovers, wine connoisseurs, and more.

Have you visited Baugé-en-Anjou or the Vallée du Loir?

Click here to read my post on the Zoo de la Flèche, our first stop in the Loir Valley!

Many thanks to Vallée du Loir tourism for hosting us. All opinions are my own.

The rest of our Loir Valley weekend

7 Best French chateaux you HAVE to see

« How to stay motivated to exercise when you have no energy
Having a pet in France Part 2: Adopting from a shelter »